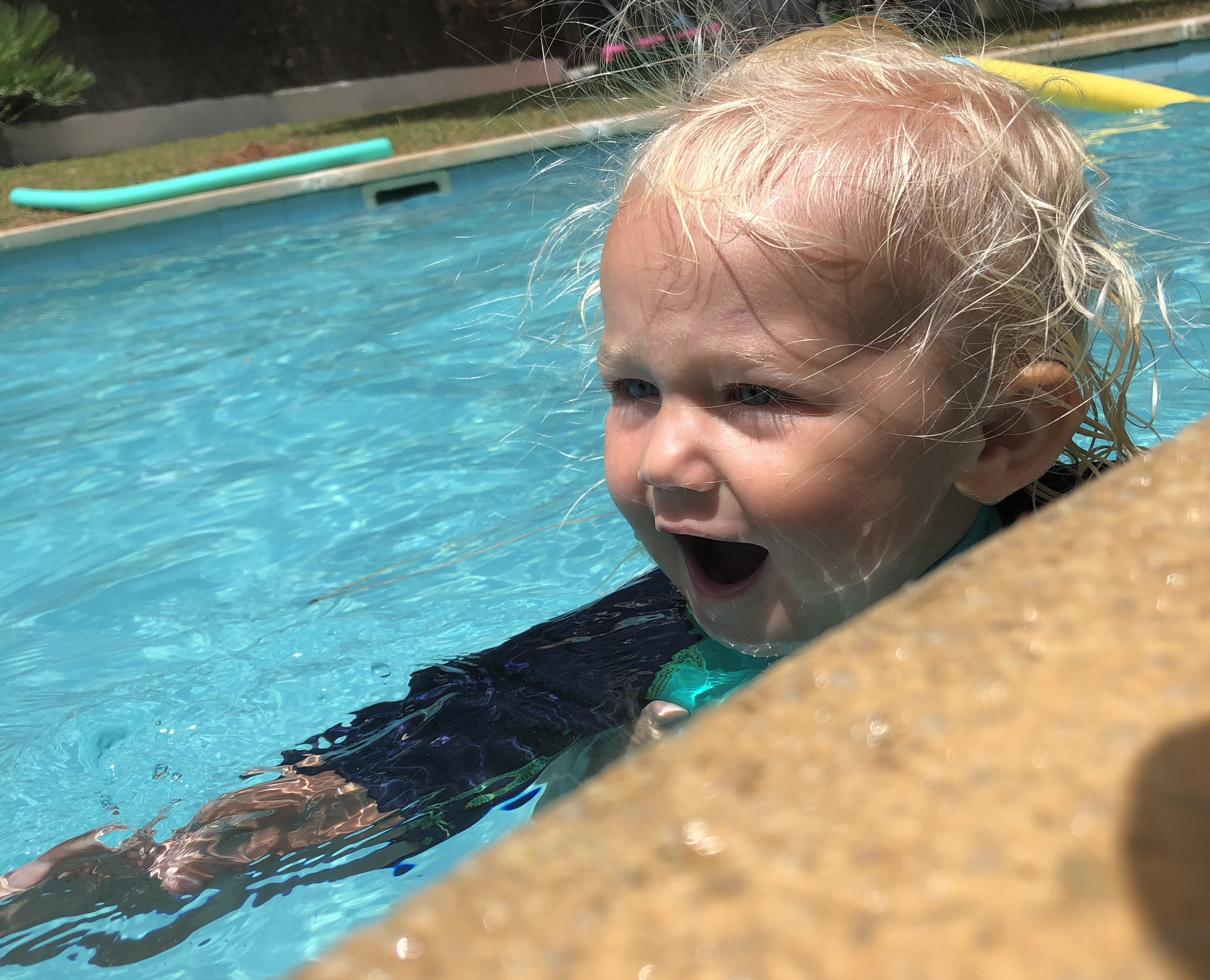 The little man and I just finished our first toddler class with Turtle Tots. When we started this latest block of classes we were having a bit of a blip. He was at that point between baby and toddlerhood where he understood me when I spoke to him. He wasn’t yet using very many words, but he was exceptionally good at telling me what he didn’t want to do. And he most definitely didn’t want to put his head under the water. At all. Ever.

He was just at complete refusal. If he thought for a second that I’d even suggest he put his face in the water he would put his face towards the ceiling, go completely rigid and shout “NOOOOOOO” until he thought the danger had passed.

For the first few weeks of the the term he didn’t even want to join in jumping into the pool, something he really enjoyed doing previously. I’m not sure why he decided he disliked everything so much but all he wanted to do was cling onto me and not let go.

Now he happily goes to Jen at the beginning of class to get swam around the circle and back to me. He still won’t put his head under the water to swim. But he is back to loving jumping in and has even been putting his face in the water to blow bubbles for the first time in a long time.

His favourite parts of class are still playing with the toys, especially the little watering cans and the balls. In our last class he was holding onto the woggle float almost entirely by himself. His confidence in the water has been growing a little bit with every session in the pool. It’s really lovely to watch.

To find local Turtle Tots swimming lesson in your area, check out this link to the Turtle Tots Website.