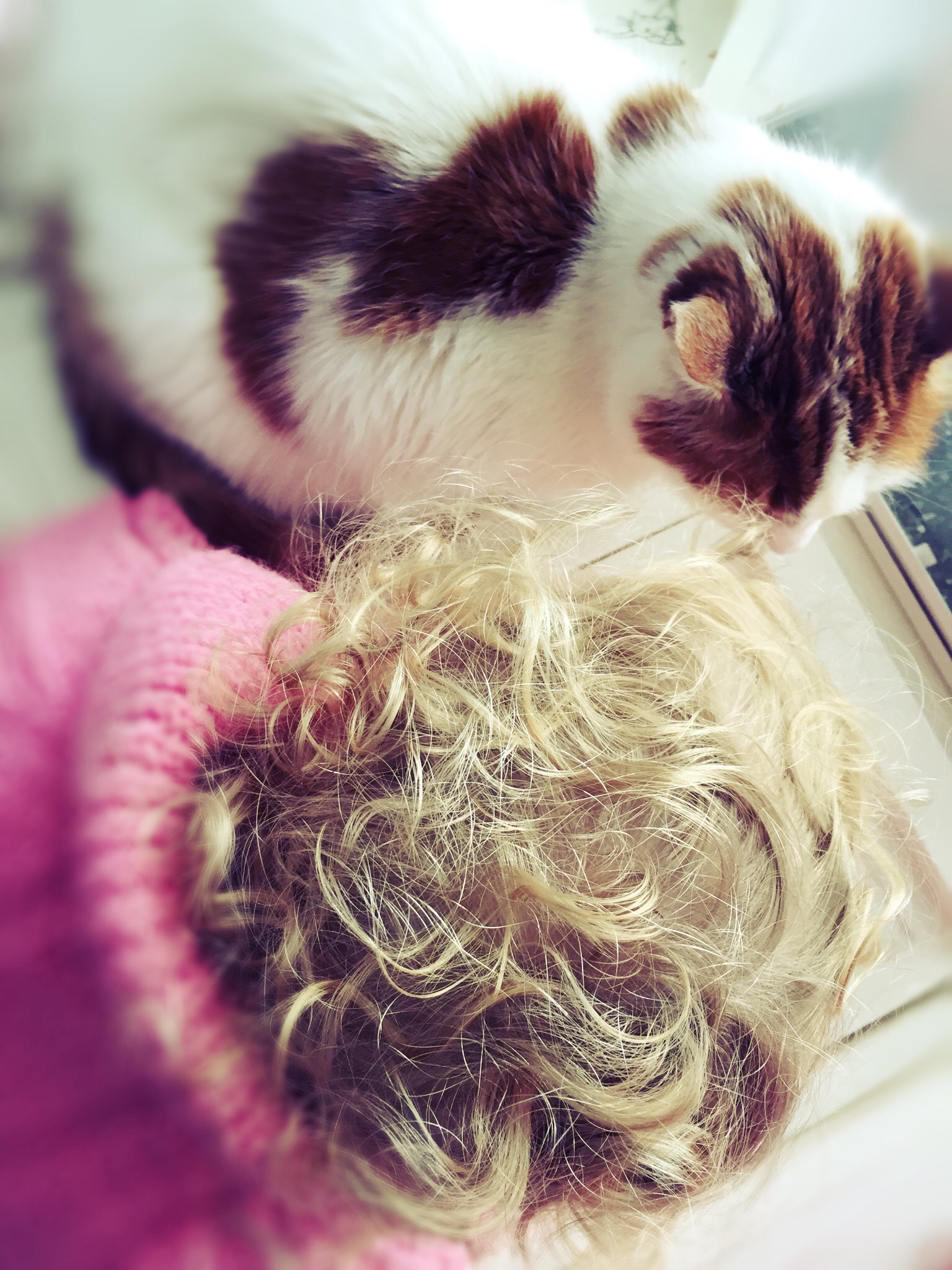 Tinky is our rescue cat of 10 years, possibly Turkish Van, at least 14 years old, boss of every dog she ever met (and that’s a lot), arch-nemesis of the hoover, and fan of tuna and lazing in sunny spots, or snoozing on the warm tiles in the bathroom. She doesn’t love new things, and doesn’t really like very many people at all. Mainly just me and my husband in fact. She mostly stayed well out of the way of a baby, and got her cuddles from us in the evenings when the little lady was in bed. However the baby is less of a baby now, and moves around a lot.

Tinky has never previously been around children (that we know of) and can be a bit moody on occasion. I did wonder how she would cope with a toddler, but it never really worried me. She has surprised me though; Tinky is remarkably tolerant of a fast-moving, really loud, super excited tiny person with no concept of the boundaries that cats like to set. She has swiped once in the past (without much claw, thankfully) and that seems to have taught the little lady to be a bit more gentle.

I wanted them both to get used to each other, I didn’t want each of them to find the other one scary or really exciting or anything else; I wanted them to just know that the other lives here too, and that’s the way it is. We never kept them separate from each other (although Tinky does that by herself) and we let the little lady help with feeding time and giving treats here and there. It would’ve been the cat who was locked away somewhere and it wouldn’t have been fair on her. Besides, she wouldn’t have gotten used to a brand new person living in her house! 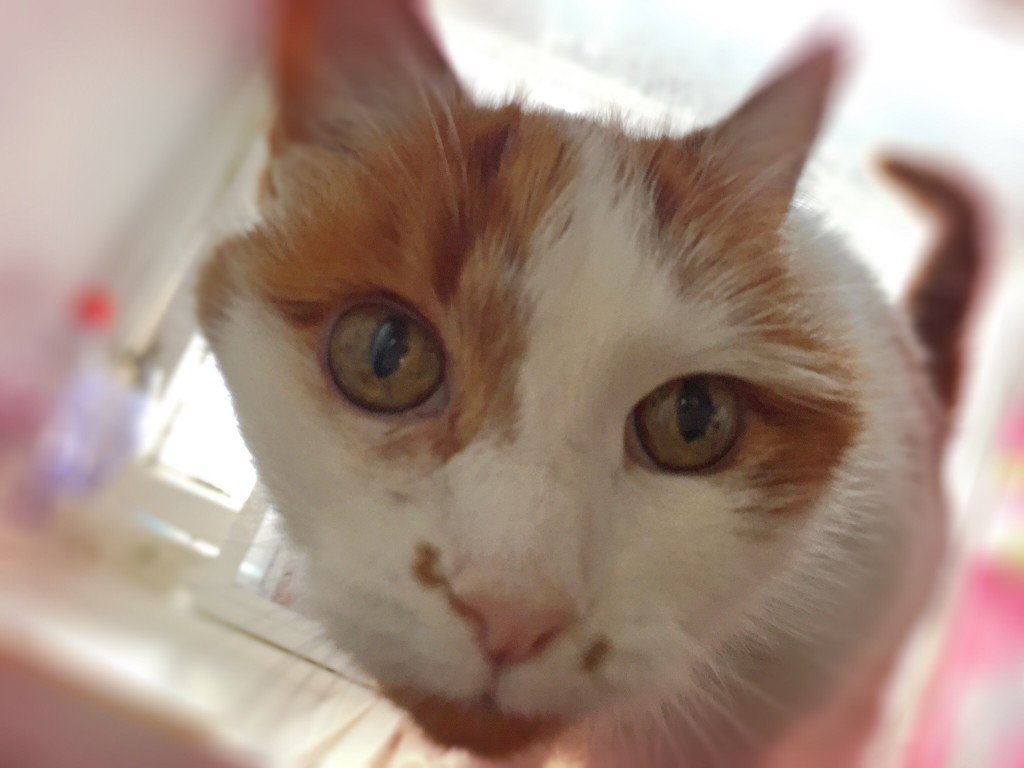 When she could first reach the cat in one of her sunny spots, I constantly told the little lady to be gentle – between the dogs and the cat, for a while I felt like “be gentle” were the only words that came out of my mouth. I helped her to pet Tinky without hitting, and I’ve tried so hard to teach her how to be gentle with animals. It was hard for her at first, because animals are exciting (even ones you live with and see every single day), but she’s much better at it now.

Most of the time though, I just let them get on with it. I know this might sound a bit harsh to some of you, but if Tinky is upset or annoyed she’ll let the toddler know. I want the toddler to know what Tinky’s limits are, and not to piss her off. I’m ok with the little lady getting told off by the cat. She has been hissed at a few times, mainly when she’s very excited and her limbs are moving much quicker than she realises, but that happens very rarely.

The more recent problem is cat chasing. Tinky is much quicker than the little lady so she can usually get away before it turns into having a really exciting game of back and forth cat chasing. But I’ve had to intervene once or twice when they’ve been running around the house because despite the little lady’s squeals of delight, I know that Tinky isn’t enjoying it at all. Tinky seems to have learned now to just to go and lie down before it escalates.

Just like I do with everything parenting related, I winged it with the cat and the toddler. It has worked out thus far. I’m not sure if I’ll ever need to deal with a toddler playing the game of ‘cat-pick-up’ because I know that Tinky will not tolerate that. But we’ll see.

Anyway, the moral of my story is don’t worry too much. Cats and toddlers can live together. Your clan (human and fluffy) will most likely learn to live with each other. And if your fluffy one does get stressed there are things you can do to help. There’s lots of information available online (see below for links). And speak to your vet to see if there’s anything they might suggest.