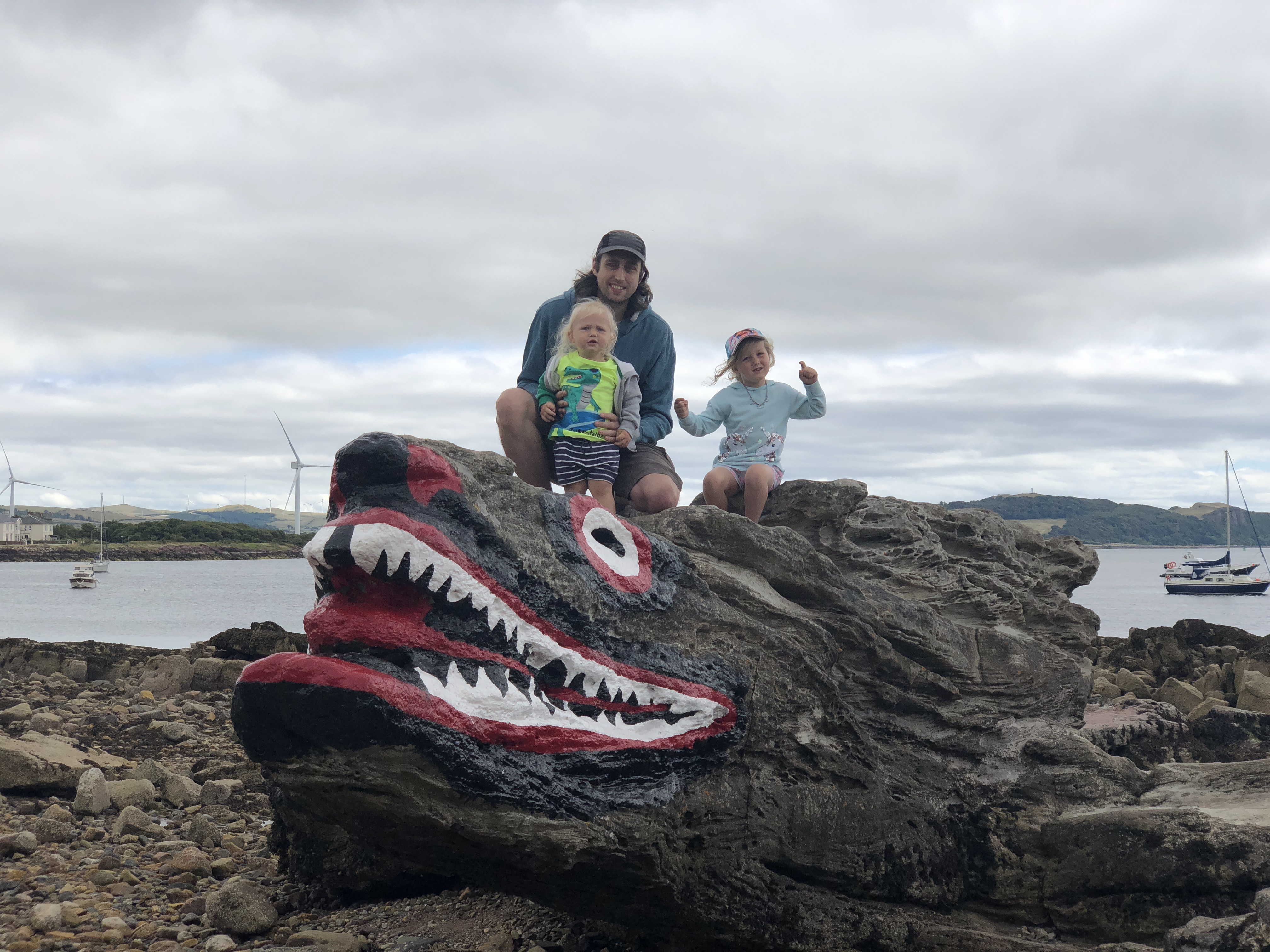 Top of my summer bucket list last year was a daytrip to Millport on the lovely wee Isle of Cumbrae. We hadn’t been in years. (It was also on the summer list this year too, but summer was sadly a bit less sunny this time round!)

We had such a lovely day there playing on the beaches by Millport town, and a chippy at the harbour (with a lot of seagulls watching us) just before we left.

You can hire a bike in Millport or take your own over on the ferry to cycle the 10.25 miles round the island. It’ll take you anywhere between 1 hour and as many hours as you like, depending on how many snacks your toddler needs or how many beaches you stop at en route.

We didn’t cycle this time. To be honest we spent most of our time exploring the beaches along the seafront in Millport town. The kids were having so much fun splashing in the water and building things out of rocks that there wasn’t any need to go anywhere else!

We also found the funfair in the Garrison in Millport town which had some bouncy castles and wee rides.

Don’t forget to visit crocodile rock while you’re there. It’s the number one tourist attraction on the island. Chuckling as I write that, but it is pretty cool and it was busier than Sauchiehall Street when we were there, with all the tourists getting their photo taken on it!

The kids really loved going on the ferry! It was super easy as a foot passenger – get your ticket, walk on, sit there and then walk off the other side. The bus is very regular between the ferry and Millport town and we got the buggy on no problem.

You can take a car over to Millport; lots of people were taking them the day we went. However there was a far bigger queue (and wait) to take cars over than to sail as a pedestrian. If you’re planning on cycling round or on just exploring the beaches I wouldn’t think you need your car.

But anyway, the ferry was like a big adventure for them. They especially liked watching the gulls flying alongside the boat waiting for a stray chip to fall their way.

(Beware of those bad boys by the way – one nicked an entire untouched doughnut – one of those delicious warm sugar ones – right out my hand when we were sitting on a bench in Largs after this very ferry trip. Raging.)

A daytrip to Millport is a bit nostalgic for me as it’s something I used to do as a kid with my parents. The beaches were clean and the public toilets on the island were too. There was nothing to our day except playing on beaches and having a bag of chips, but we had a really wonderful day out.

1 thought on “Daytrip: Millport On The Ferry”