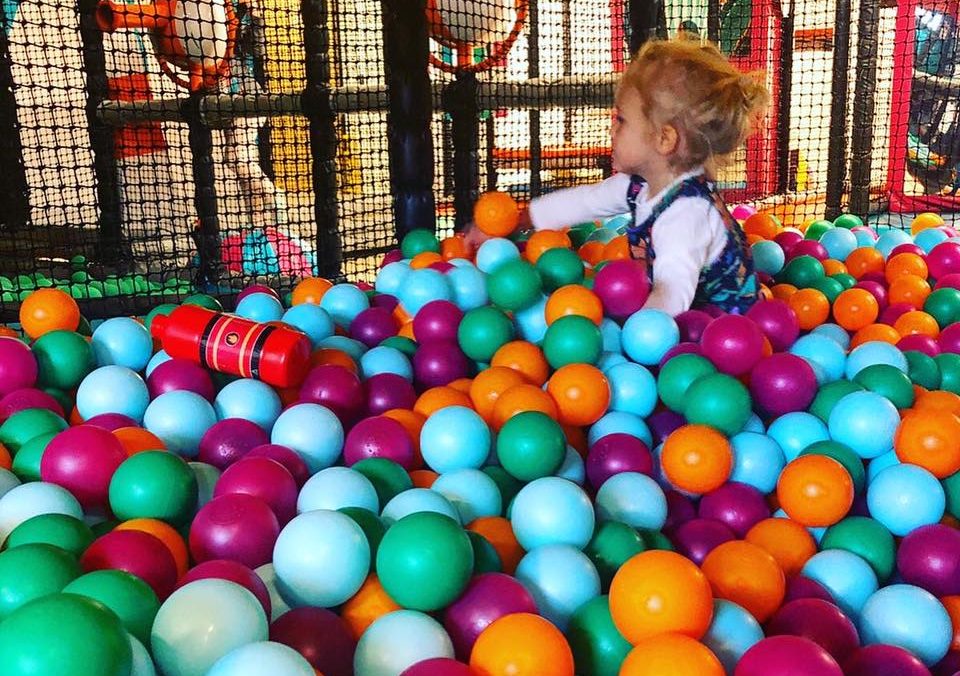 Last week we finally managed to get along to check out the new soft play at Kelvin Hall. The wee man absolutely loved it, and I really appreciated how bright and clean it was!

The circus themed play frame is split into two parts. One is smaller with a wee slide, big ball pit and some soft blocks for jumping about on. The other is bigger with a twisty tunnel slide and loads of bits for climbing about in.

Round the front is a wee bit for tiny ones with wall puzzles, a soft play version of a tiny carousel (you push it yourself) and lots of soft shapes for playing with. There’s also a coconut shy and those air cannons that shoot balls out. (These were the little man’s faves – he played with them for ages!)

The whole soft play is brand new. So it’s super clean (including the toilets) and ALL of the buttons and bits work. Like, everything works. Which is something that can’t be said for any other soft play I’ve ever been to.

It’s not gigantic but it would definitely still keep my biggest happy for hours, It is however bright and spacious. It’s the soft play that makes you realise how little light there actually is in all the other soft plays. There are plenty of tables out too so lots of seating available.

The cafe in the Kelvin Hall soft play serves up your usual hot kids meals and sandwiches (though not any lunch boxes like they have downstairs in the main kelvin hall cafe). And there’s plenty of choice for adults too. Hot and cold drinks available, and lots of different snacks around the counter.

It’s easily accessible by public transport – Partick underground is less than 10 mins away & it’s on a main bus route. Car parking is all on street & metered around there but it’s never been too busy around there to get a space. You could also park in the Kelvingrove museum car park just across the road if you’re making a day of it.

The Kelvin Hall soft play is the new guy around town, and it’s a great soft play. It’s so clean and sparkly and new, and everything in it works! It’s also really bright – with loads of natural light which was my absolute favourite thing about it. Great fun for the kids too.