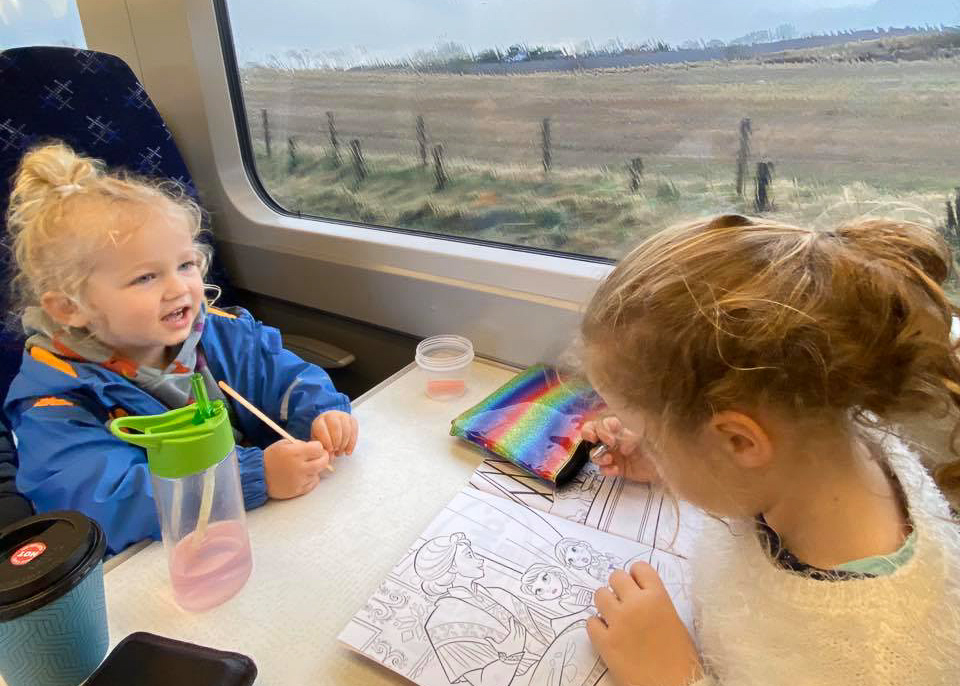 Everyone likes free stuff, don’t they? Well at the moment, kids can get in free to a bunch of big attractions with Scotrail!

These types of big attractions are expensive to take a family to – a family of 4 will typically cost at least £60 to get in to lots of them, so halving that cost is something I’ve been keen to take advantage of! Especially during these winter months when the weather is mince anyway & you’re trying to do more entertaining indoors!

We’ve used the ScotRail Kids Visit Free entry deal for a few attractions over the past few weeks; at Loch Lomond Sealife & Camera Obscura. Both of them are fantastic places to visit with kids.

Sealife has loads of aquatic animals to look at. Some of the highlights for my kids included the huge king crab, a lot of Nemo’s, the tank with various shark species and the magnificent eels. They also really enjoyed the touch tank and seeing the otters getting fed and running around.

We had a wee rest in the cinema upstairs (it shows a movie about human effects on the oceans and what the sealife charity do to help vulnerable species) and a cuppa in the cafe at the top. Afterwards there’s a wee playpark just outside and of course the beautiful Loch Lomond to have a wee walk round and play down at the water.

Camera Obscura (in Edinburgh just next to the castle on the Royal Mile) is one of the most fun places we’ve visited in ages. It has 4 and a bit levels of lights, sounds, activities and illusions. There is a mirror maze, a moving light tunnel and so many interactive exhibits.

The kids loved turning themselves into a skeleton, playing in the electricity room, making shadows on the shadow wall and pressing every button they could. There’s also a bit on the roof where you can get outside for views around the city. It’s such a fun day out.

And it absolutely exhausts young kids. The lights and sounds everywhere are really tiring for them, so an extra long nap on the train ride home was a massive bonus!

And of course the train ride itself is an adventure for everyone. I usually take some colouring for the big one (that’s her favourite thing) and some lego or dinosaurs for the wee man. He’s a bit less keen on sitting in a seat for 45 minutes at a time, but a few snacks usually do the trick.

How to get your Kids Visit Free entry

All you need to get the deal is a valid Kids for a Quid £1 train ticket for your child, which you can get at any booth or on the train. (You can’t get them at the machines, so you need to talk to a human to get it.) Take this ticket to the attraction you’re visiting. And that’s it. Easy. (Kids must be accompanied by an adult buying a ticket!)

There are a whole bunch of attractions where you can use the deal. These include a tour of Hampden Stadium, the Wallace Monunent, Edinburgh Zoo, Deep Sea World, the Edinburgh Dungeon & sledging at Snow Zone, Braehead.

It’s a great deal to take advantage of if there’s anywhere you’ve fancied visiting with your family. Definitely worth making use of if you’re planning any big days out soon!