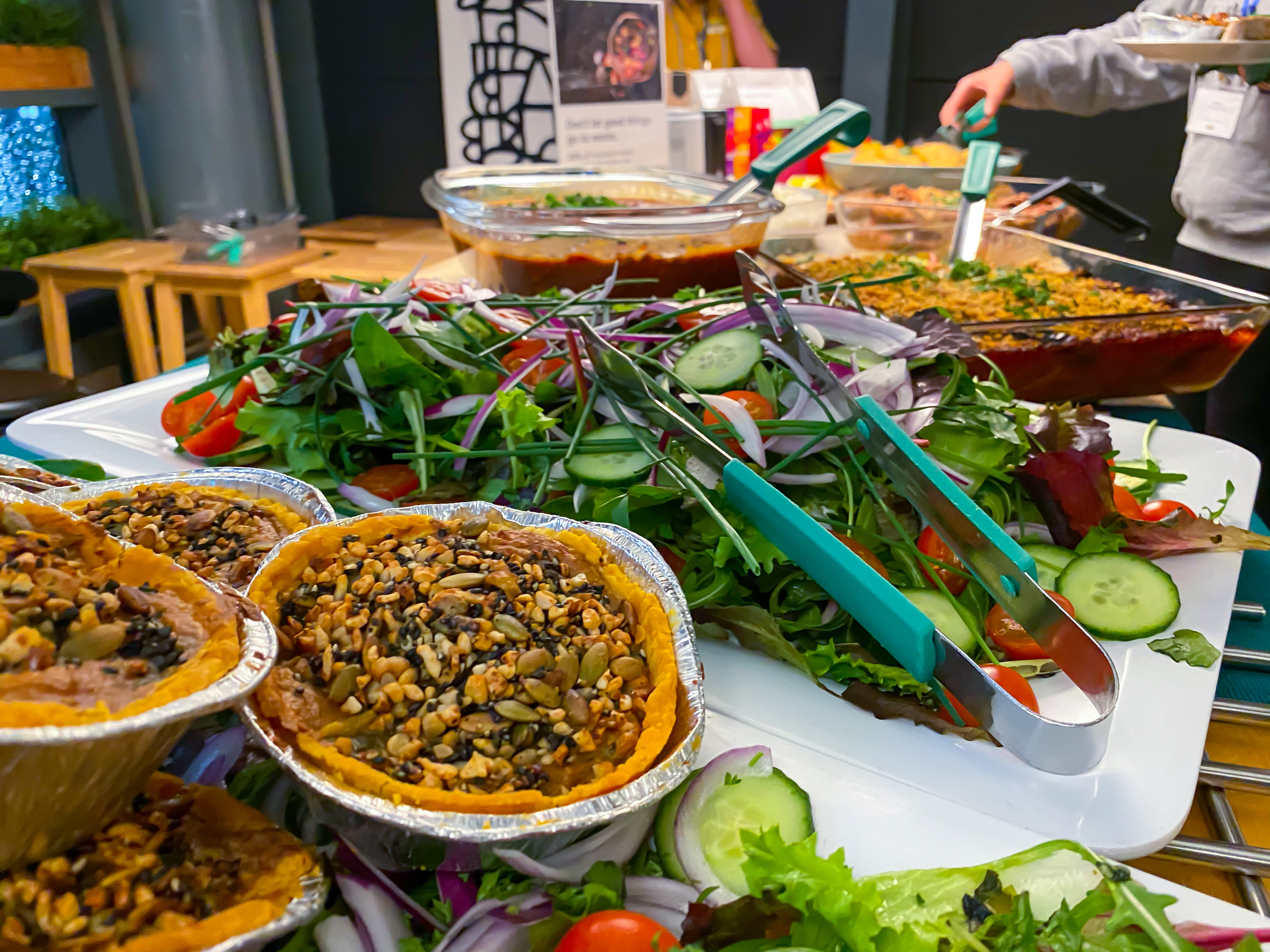 Hands up who sometimes just goes to Ikea for an easy dinner? Well, also for candles and a plant you don’t need, and for the kids to have a play in the creche or up in the kids section near the cafe. But mainly to feed the kids something I know they’ll definitely eat and that I don’t have to cook.

I know it’s not just me…

We were invited along to Ikea Glasgow recently to check out the new line of plant based meals they are going to be offering over the next year, and to hear about the changes they are making to the cafe as a whole.

Let’s talk about the food first. As a recent mostly-vegetarian (I know that’s not really a thing, but it’s what I am) I’ve been gradually making conscious changes over the past year towards reducing our family meat intake; replacing the kids freezer chicken nuggets with the quorn ones (they have no idea this has happened) and using meat free mince etc in family meals. So I was really happy to find that Ikea have a whole range of plant based meals and cakes that they’re introducing in the next year in their cafe.

We tried quite a few of them at the event. My favourites were the vegan parmigiana which was full of mediterranean veg and absolute delicious, and the vegan sweet potato tart. Both of these are probably some of the tastiest vegan meals I’ve had in ages! The chilli non carne was spicy and warming, and you’d never have known there wasn’t meat in it.

They also have a vegan veg and lentil soup on the menu, and veggie balls with biryani rice. I would’ve tried these as well but the sweet potato tart was so good that I filled myself up with it – basic error at a tasting event… Plus I had to leave room for cake.

And speaking of the cakes; there are 4 new additions to the Ikea cake range. Within their new plant based range are a carrot and orange cake, courgette and lime cake, lemon and poppy seed loaf (my absolute favourite) and a red velvet muffin. All 100% vegan.

They also do a strawberry ice down in the cafe at the exit (where you can get a hotdog or a cinnamon swirl for the car journey home) which I can highly recommend. I’ve always preferred sorbet to ice cream anyway, but this deliciousness is somewhere in between the two.

As for kids meals, they’ll still be able to get whatever their favourite is; meat or veggieballs, chicken goujons, their wee fish fillet, tuna pasta, quorn lasagne or a lunch box with cheese/ham sandwich. At the moment nothign much is changing in there, but all chicken and fish are from sustainable sources.

Changes that are being made in the IKEA cafe in Glasgow:

I’m pretty excited about all these changes. And we’ll most definitely be back at Ikea for dinner with the kids soon anyway, so it’s great to know that there are will definitely be a plant based option there for me if I’m hungry as well!