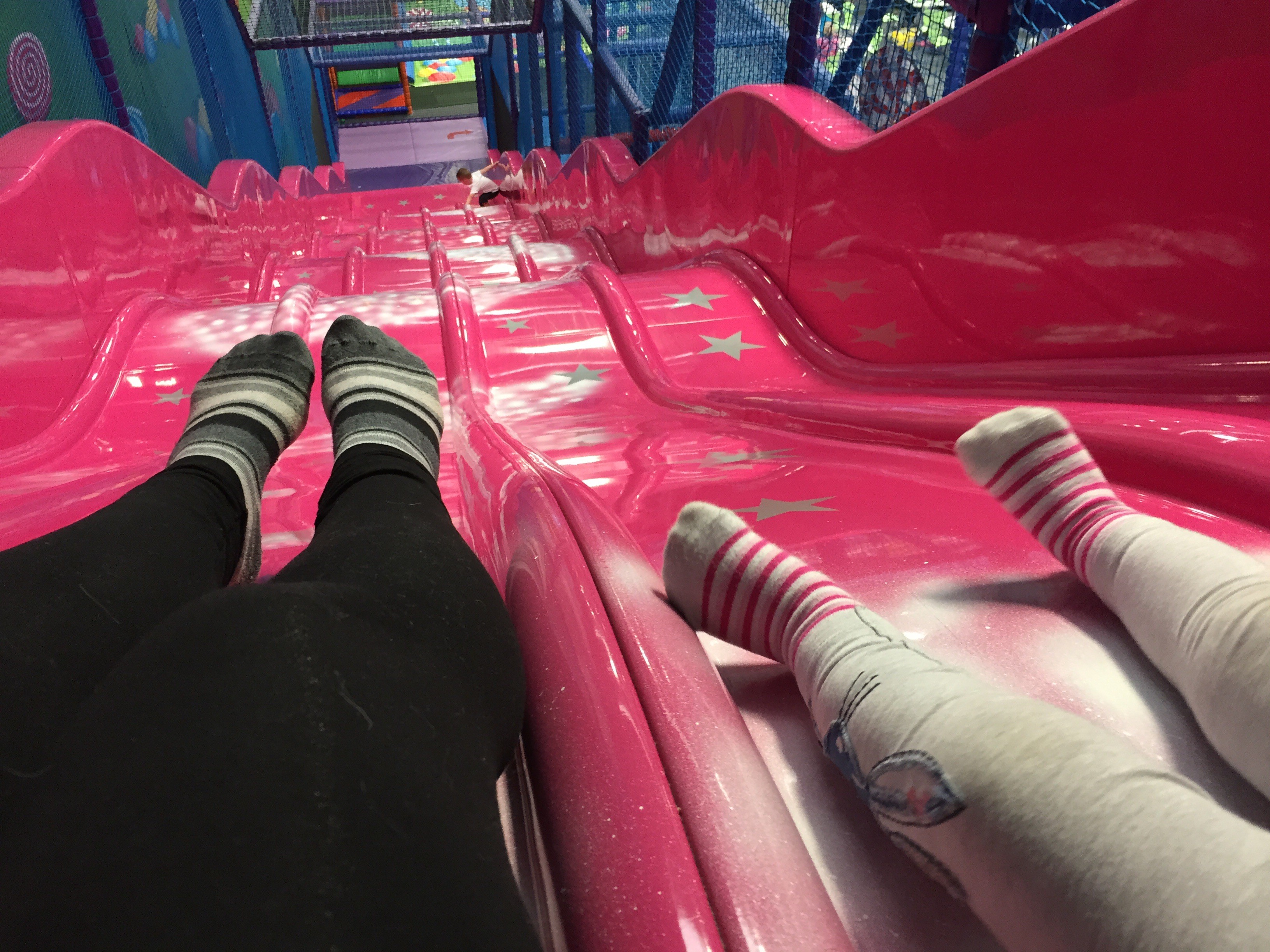 We’d heard good things about Lollipop Land soft play in East Kilbride so we thought we’d check it out.

It’s located in PlaySport, the same leisure precinct as Air Space, but once you’ve turned off the main road it’s really unclear where you’re supposed to go. There are no signs for it anywhere until you go inside the building (and there are a couple of buildings you can go into). We ended up just parking and guessing where to go. (Actually, we followed another woman who had 2 kids – figured she was probably going to the same place. We were right.) 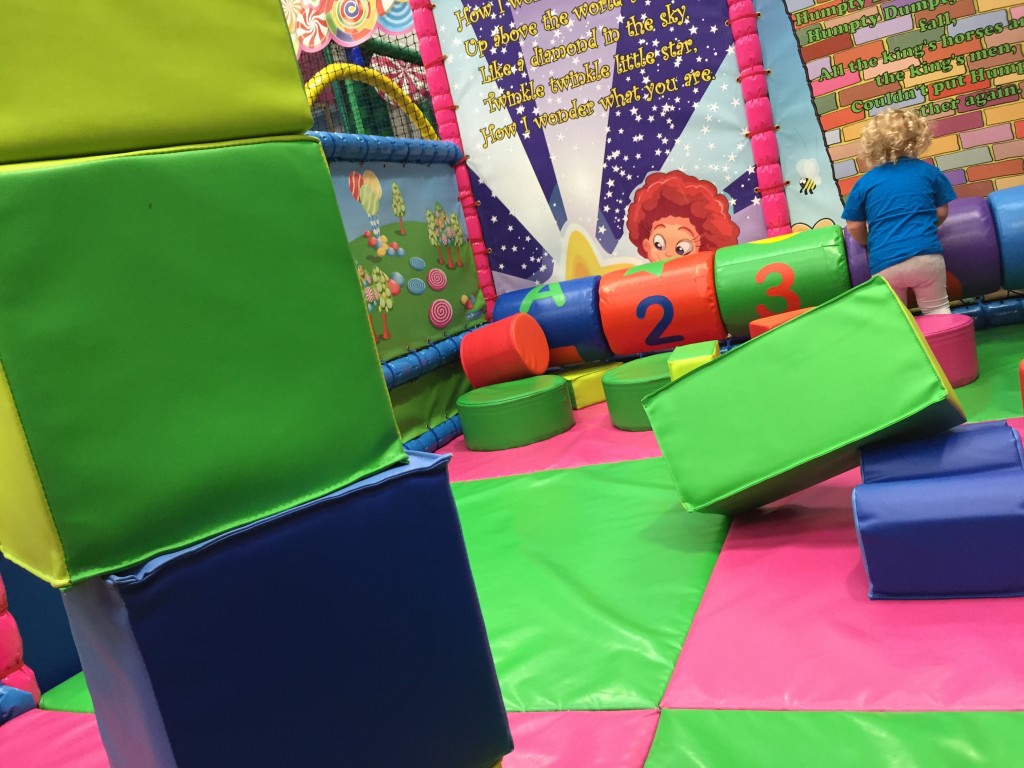 There’s a tiny baby play area with mirrors, a soft ballet bar for some holding-on-walking-along and some soft blocks for tower building. I really liked that this was a separate area specifically for teeny tinies; it would be nice for them to have a wee explore in.

The toddler area has a car zone with ‘car wash’, a smallish bit to run and play in and a nice little slide. It’s not massive but it is good for the smaller toddlers – the slide is appropriately fast (or slow, depending on how you look at it!) that they can go down by themselves without bashing their heads. 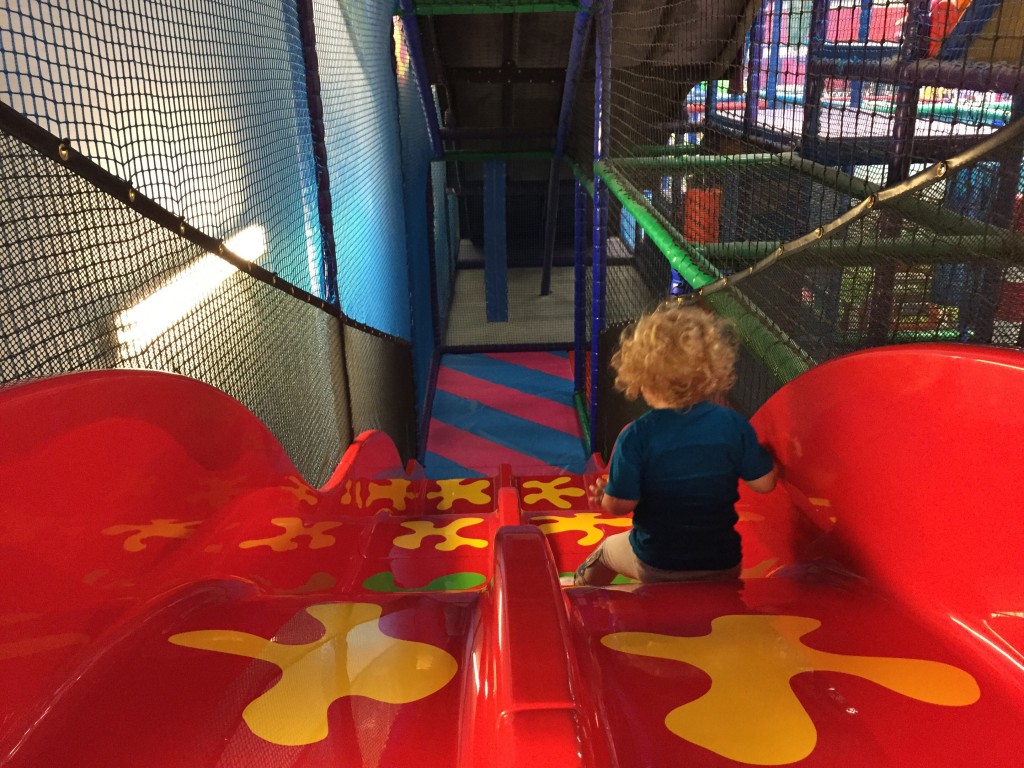 The main play area is pretty big. There’s lots of bits to clamber around, a few trampolines here and there, swinging monkey bar things, lots to climb on and quite a few slides. It has one massive 4 lane slide (apparently the tallest in the UK) that the little lady loved.

There’s also a volcano slide separate from the main play area, some go karts and a football area.

The food is standard soft play food. They have a decent selection of breakfast rolls, cold and hot foods, ice creams and cakes.

We normally avoid soft play food but we were really hungry this time. My husband picked a sharing platter which had garlic mushrooms, wedges, onion rings etc. Honestly, it wasn’t delicious. But it filled a hole. 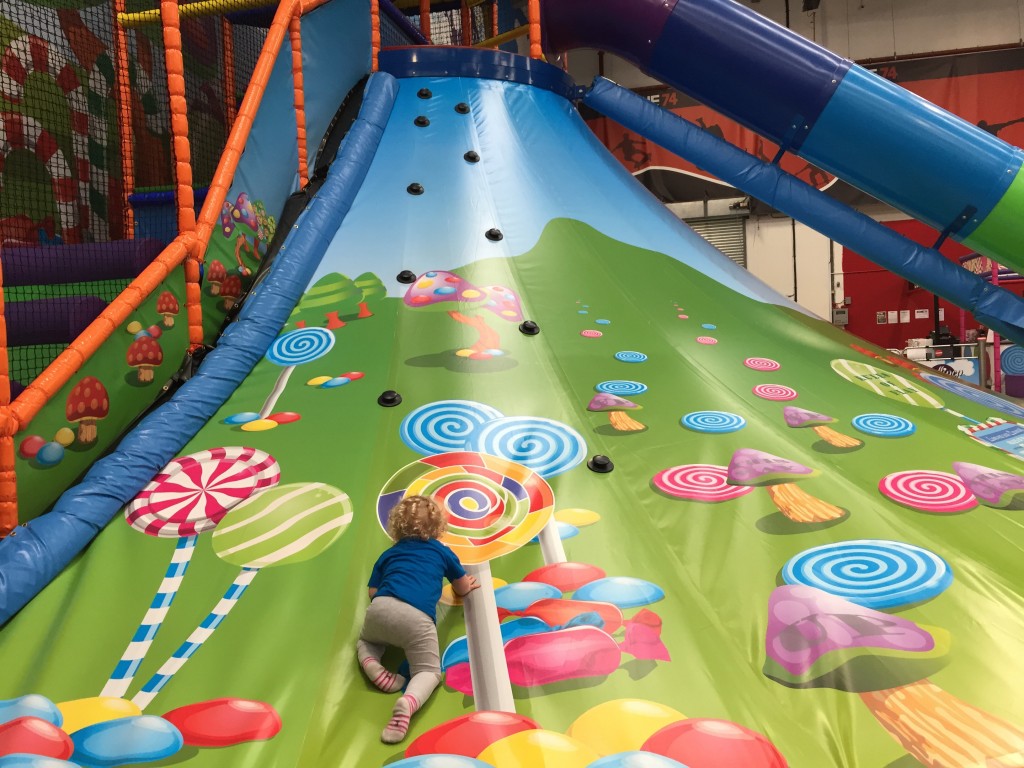 I can’t remember what our entry cost was, and Lollipop Land don’t have a website. (In this day and age?! I assumed that every business had a website…) I have trawled through their facebook page but I can’t find entry info anywhere. I’ve contacted them and will update as soon as they reply.

There’s quite a big car park outside so parking is easy.

Lollipop Land is right next to James Hamilton Park if you fancied a wee walk round the pond afterwards. The park has a nice little cafe upstairs in the visitor building. I’m not sure on opening times for that though.

(Before I mention this I’d like to say that I do normally try to let her just get on with things and although I’m near her, paying attention, I like to let her work things out with other kids by herself, which usually happens.) I’m assuming that it was just an unfortunate coincidence, but some of the kids in Lollipop Land were a bit unruly.Yes, I know it’s a soft play and yes, I know that kids go slightly mental. But in every other soft play we’ve been to, the (much) bigger kids have been nice to the smaller ones. For example if they jump onto the trampoline when the little lady is on it already they’ll jump gently. But several times, with several different kids, they jumped onto the trampoline and had the little lady flailing around trying to stand, and when she couldn’t stand, got scared and started crying, they continued to jump. They didn’t even stop when I got on to rescue her. She also got shoved out of a bus (one of those annoying ‘put your money in here’ rides) by two much larger girls. Twice. I’m only mentioning this because it’s never happened anywhere before, and there were several times I had to go rescue a really upset toddler. 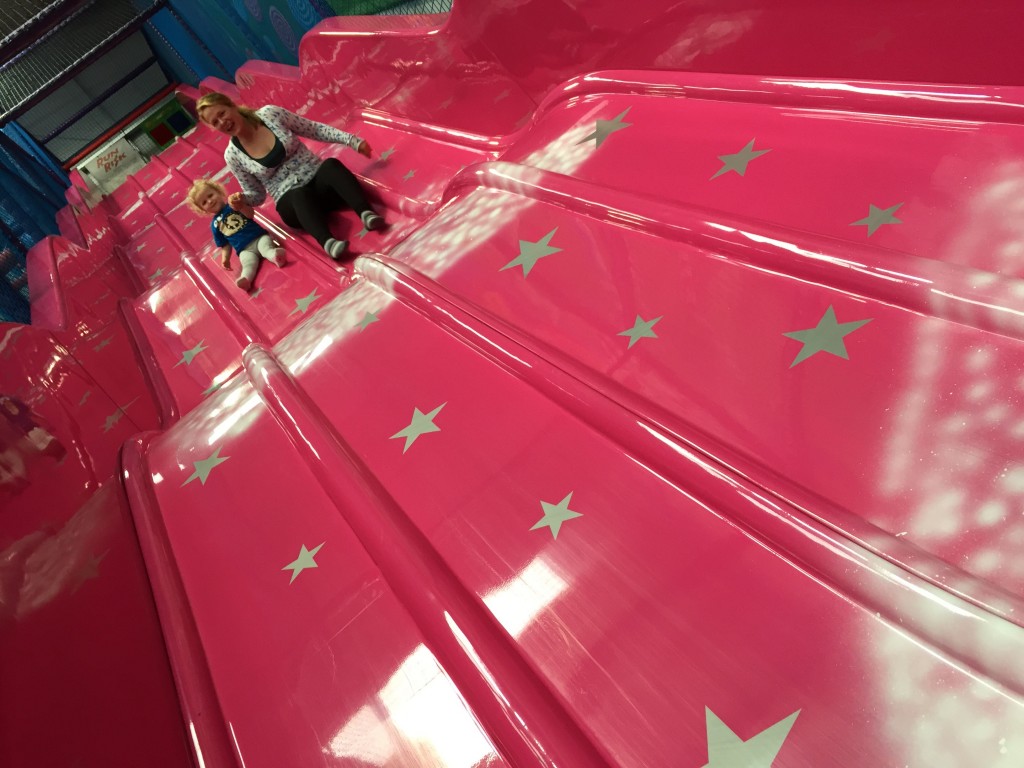 The play areas are excellent – clean and lots for a little lady to do. All in all she had a fantastic time. She’s normally a total grubber but there was no way she was sitting down to eat because she was having way too much fun. We had to fight with her to get to leave. It’s big and open and airy, and as such it didn’t feel horribly warm and sweaty like some soft plays do. I’m sure it was a coincidence that we had a few negative interactions with other kids in one visit, but I think I’d go during school hours in future.