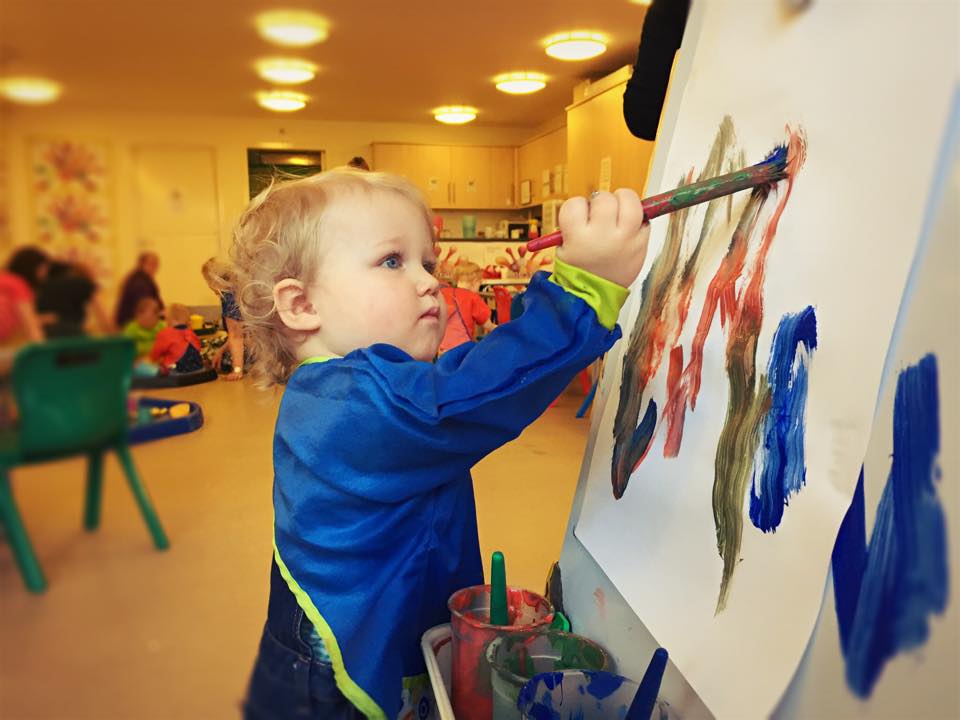 We’d been meaning to check out The Messy Place in Bishopbriggs for ages. I’d heard great things about it & so we met our toddler & mummy friend there for some messy play time.

The Messy Place is exactly what it sounds like it’s going to be. Messy play for kids up to age 6. Very messy, in fact. But in a really good way. With the exception of painting & play doh, it’s pretty much all the stuff that I want my little lady to be able to do, but that makes such a mess we tend not to do in the house.

Each week is themed. It was construction week when we went along, so there were lots of diggers and trucks and spades and other construction themed toys in each of the play trays. As for the play trays… There was play doh, painting, a water table, sand pit, ice tray, craft table, and a tray with wood shavings to dig around in. So much for the kids to do. It really is fantastic.

There is a class structure. So there’s free play for most of the time, followed by a group activity (this week we made construction themed paintings using sponge stampers). Then you’ve got a bit of ‘clean-up-the-toddlers’ time and a few songs at the end.

The kids all get painting overalls at the beginning and there are loads of clean towels should you need them. It’s definitely worthwhile taking a change of clothes though – at least for the top half. Because messy is the key word!

It costs £5 for the session (£2.50 for additional siblings) and mummies/daddies get a cuppa. Well worth it. The kids have an absolute ball.

Due to high demand, you have to book your place in advance now. (Nobody wants to go along to be told there’s no space for your kid!) you can do that by sending a message via The Messy Place facebook page.

The Messy Place is located in Bishopbriggs at 21 Park Avenue.