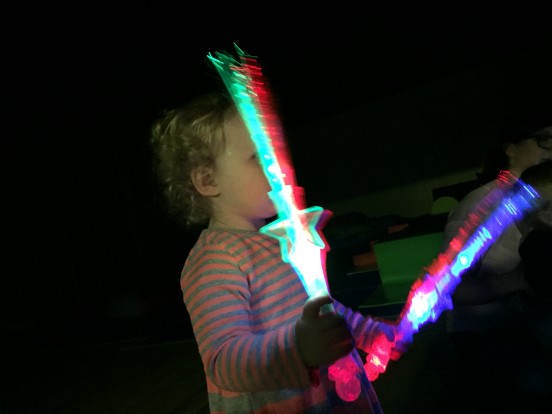 We found a brand new Toddler Sense class the other week that’s just up and running in Kelvinside. We found it entirely by accident – we’d gone along to the outdoor playgroup in the Children’s Wood that nobody else turned up to, and whilst having a wee wander round Kelvinside Meadow a lovely lady called Gail came and handed us a flyer. As it turned out the class was just about to start, so we joined in! 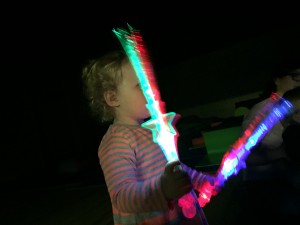 It’s a brand new class; so new that it was the very first day of it when we went along. There were only a couple of us there, but I expect that the next time we manage along it’ll be far busier as Toddler Sense classes tend to be pretty popular.

As always, there was a play area for the kids to clamber about in before the class (and in the case of my little lady also during, when she managed to eventually escape my clutches). There were blocks to climb about on, a bouncy castle & slide, a ball pool, bikes plus a bunch of other stuff I’ve since forgotten. 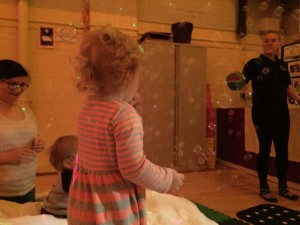 Each week has a different theme – last week was sparkle week. There were flashy balls, sparkly sticks, songs about stars, a snowy mountain that the littles climbed and quite spectacular sparkles projected from the ceiling (our cat would’ve loved all those lights flashing on the floor).

The lady who took the class (whose name has unfortunately now been lost from my terrible mummy brain) was great with the kids. She was super enthusiastic and they seemed to really enjoy playing with her in the play area at the beginning of the class. 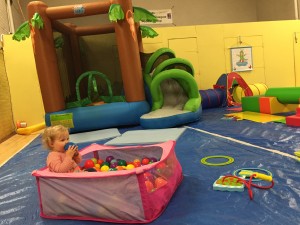 It’s £15 for your first 3 classes. After that you can pay as you go at £6.50 per class, or you can buy blocks of classes which work out a bit cheaper.

The class is on in the Scout Hall on Kelbourne St, just across from Kelvinside Meadow. It’s on Mondays and Wednesdays at 10 am and 11.30 am. Classes last about an hour.

My little lady absolutely loved it. She always loves Toddler Sense. The play area is physical enough to keep her entertained and the singing part of the class has enough going on to keep her engaged. It’s really excellent. And it knackers her. Bonus!