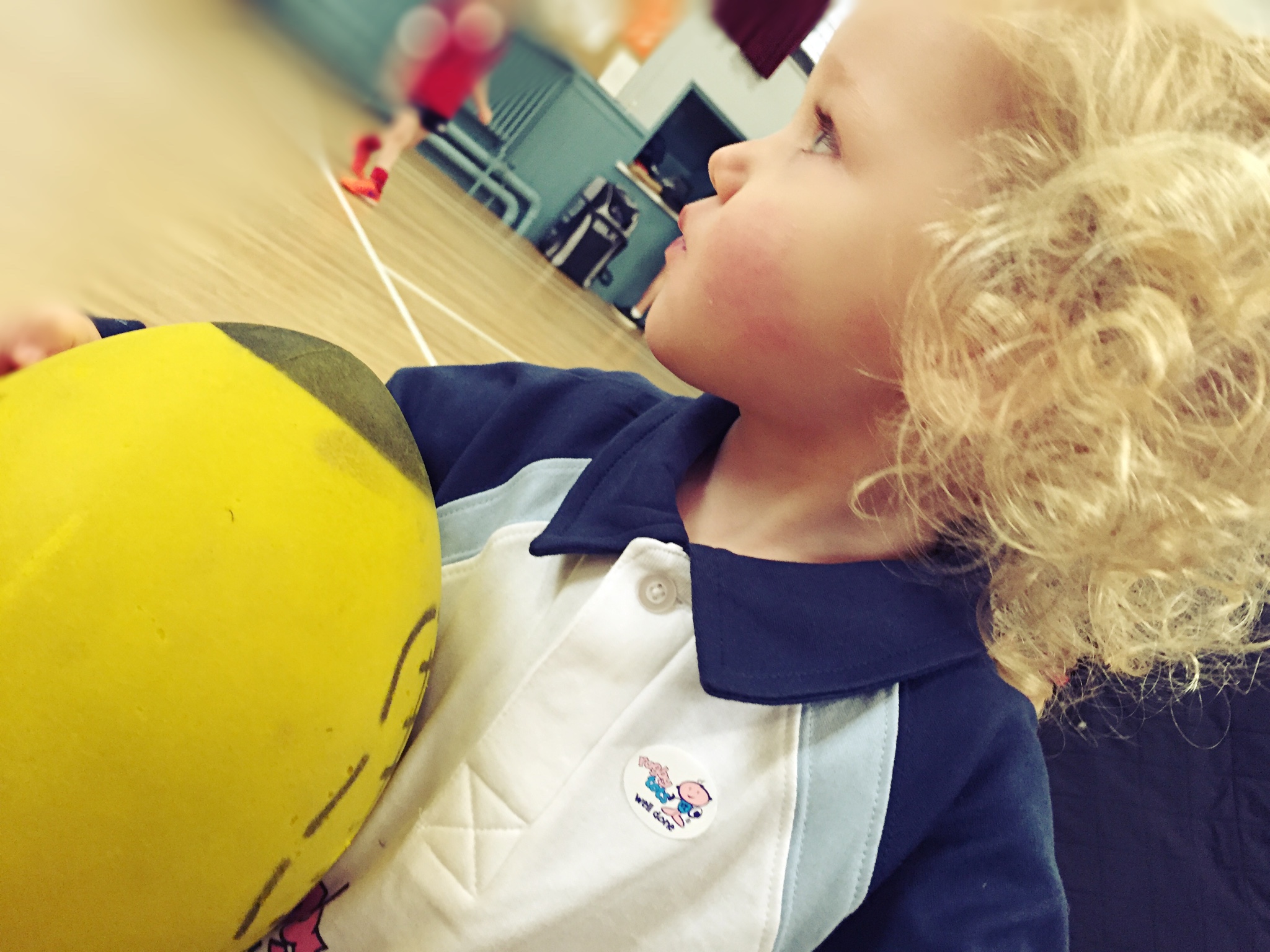 We heard about Rugbytots from a friend a while ago. Her little boy has been going for a while and absolutely loves it. Since the little lady is so physical – she’s my bouncy little energy-ball – I thought we’d go along and try it out. And maybe it would tire her out…

Before I tell you about the class I should say that I know absolutely nothing about rugby. Yes, I’ve watched it in the pub and at home when the world cup or whatever have been on. The only rules I know though, are that you can’t throw the ball forwards and that to get points you need to get the ball up one end of the pitch. But honestly, you don’t even need to know those rules for Rugbytots.

The class lasts about half an hour. It is made up of maybe 8 different fun exercises and games. Some examples of games include turtle tig, a toddler version of tag rugby and lots of chasing. They use coloured foam rugby balls, coloured cones and hoops for some games. The little lady’s favourite game is righting the cones with her nose, and then taking the cone to it’s corresponding coloured hoop. She’s quite into categorising at the moment… 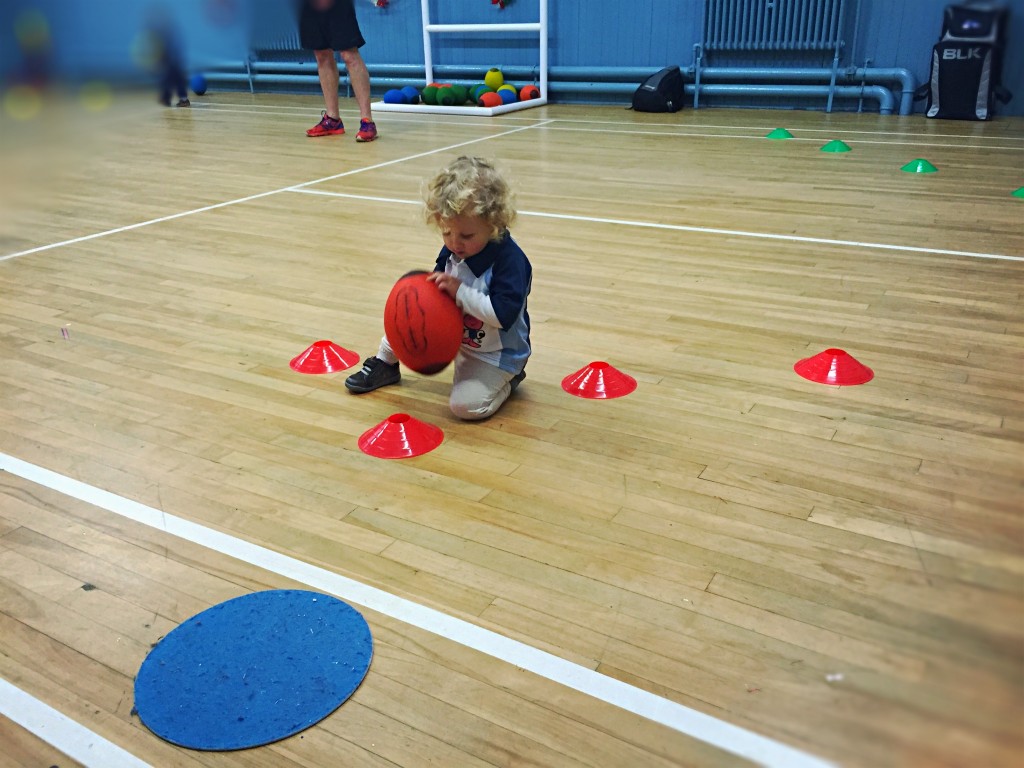 The kids also (in a fun way) practice throwing and catching, kicking and running with a foamy rugby ball. Within a few weeks I can see a difference in the little lady being able to catch a ball. It’s such a simple thing, but the classes have already improved her co-ordination.

At the end of each class the kids get a sticker and a hand stamp, and a bit of fruit. I can’t tell whether the little lady is more delighted with the fruit or the hand stamp, but the hand stamp definitely lasts longer.

Classes cost £7.25 per session and you have to book them in blocks. When you enrol and book your first block of sessions, you also need to pay £25.99 for a Rugbytots kit. For this extra £25.99 you get a little rugby kit consisting of shorts, a top and a Rugbytots water bottle.

It is more expensive than most other classes we’ve been to, especially since it’s for half an hour. But it is a full on half hour; there’s no way the little lady would last longer than that! 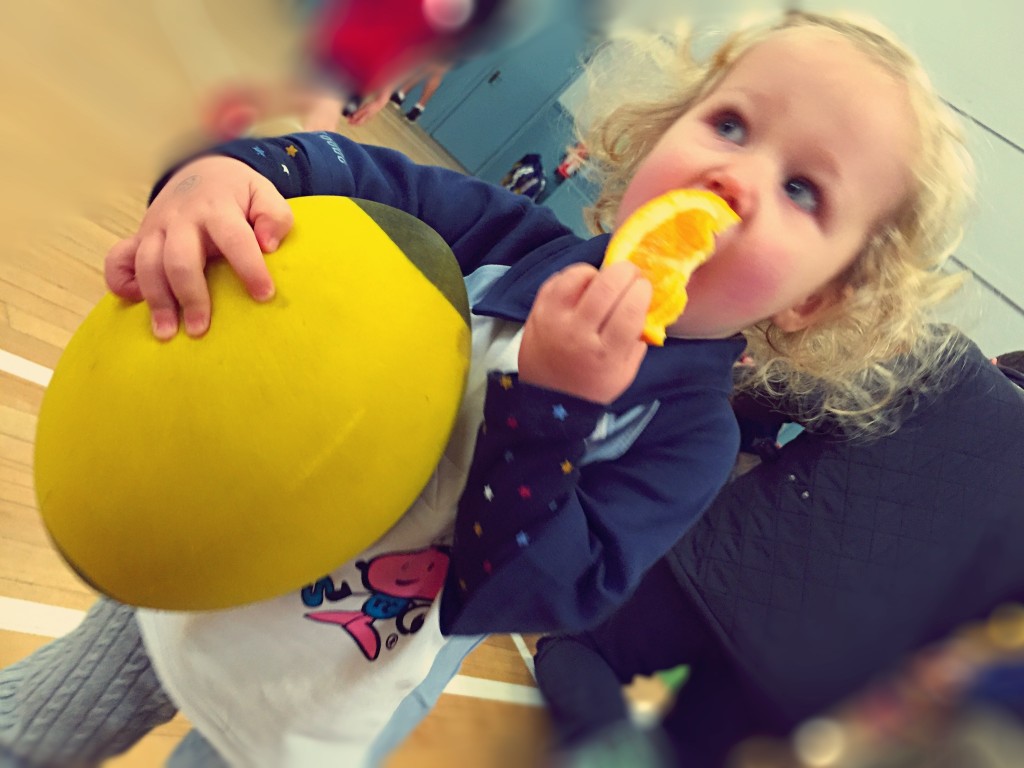 Rugbytots is quite different from most of the other classes and toddler groups we’ve been along to. The kids have to listen and follow instructions in these classes. Obviously they need help from their parents to listen and follow what they’re supposed to do but the little lady caught on to most things pretty quickly. Now that we’ve been a couple of times she knows what she’s supposed to do, even if she doesn’t always do it. (Or she makes me do it with her!) There’s also no singing or puppets or anything in Rugbytots like you get at most other toddler classes/groups.

A large proportion of the tots in the classes are boys, and a lot of the kids are brought along by their dads (both notably more than in any other class we’ve ever been to). The latter is potentially because it’s on a Saturday morning, but I think both are more likely simply because it’s sporty.

There is lots of running around in Rugbytots, and the tots have to listen and follow instructions. Between those two things, it’s a full on half hour and the little lady finds that incredibly tiring. It took a few weeks for her to ‘get it’ but now that she does, she really enjoys it.

The main negative is the cost. As I mentioned above it is more pricey than other classes we’ve been to. But I like it, the little lady likes it and her daddy likes it. And it’s great for really learning how to listen. The only problem is getting there on time since classes are also really early in the morning! I find it quite difficult to get out anywhere early in the mornings (none of us in our house, including the little lady, are morning people) and the youngest Rugbytots class (for 2-3.5 year olds) is only on before 10am. 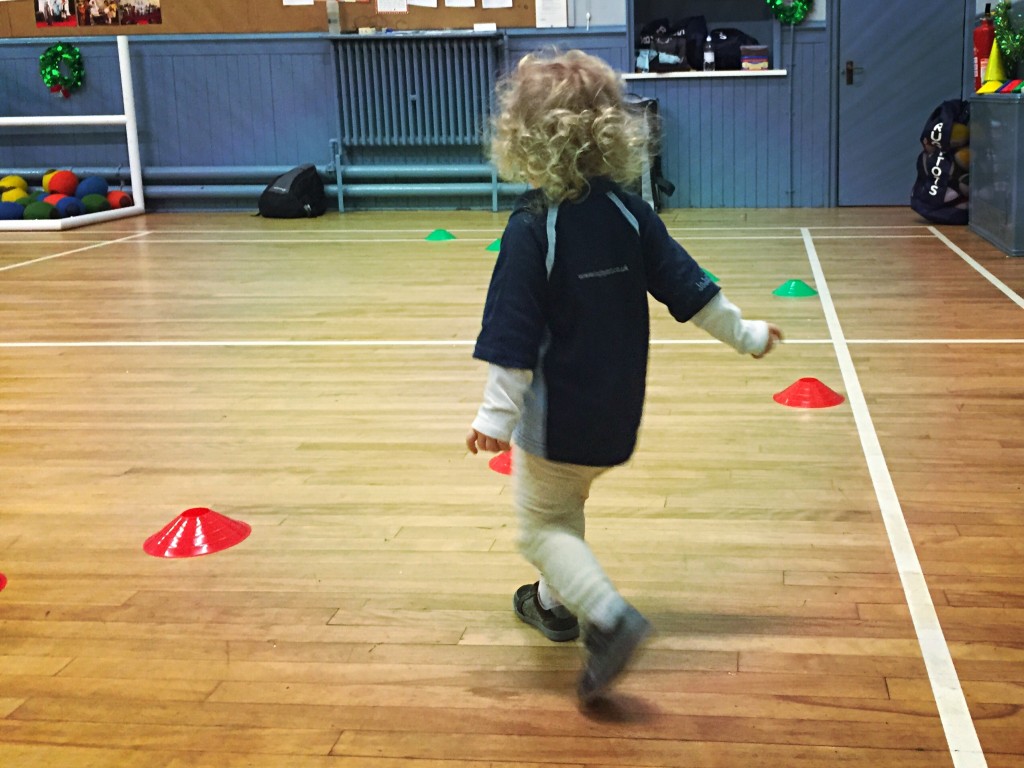 Rugbytots takes place at various venues all over Glasgow and at a few locations outside the city too. We checked out the classes in Shawlands with Trevor Carmichael. Visit the Rugbytots website for more information and to find a class near you.