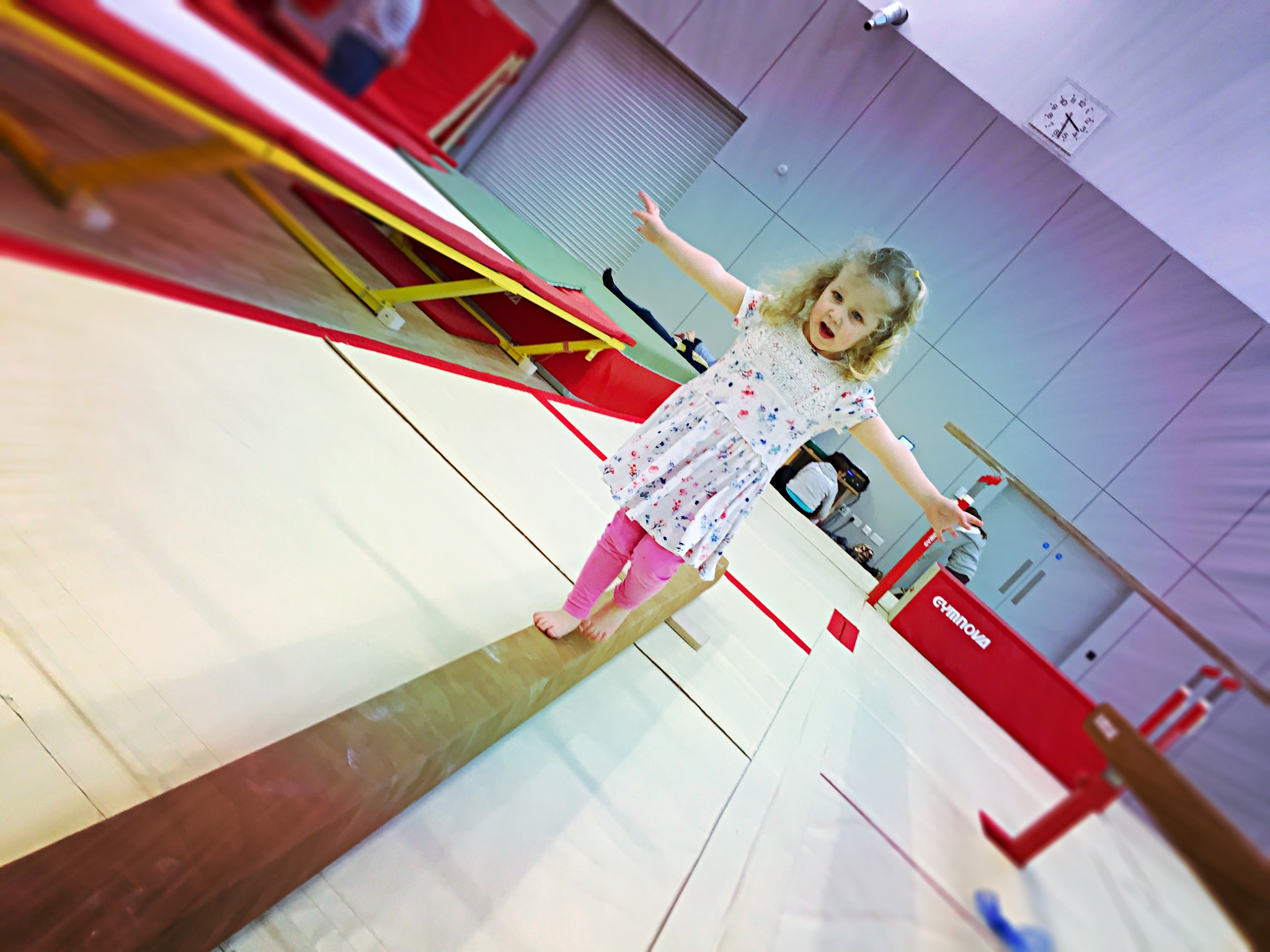 We do love being outside, but I think I’d freeze to death (or at the very least my ass would) if I were to sit and feed baby boy in a park somewhere. So we’ve been trying to make do with indoor activities that will tire the little lady out and simultaneously avoid the cold weather.

In the past few weeks we’ve gone along quite a few times to PlayGym in the sparkly new Kelvin Hall. It’s a ‘free play’ gymnastics session, on for an hour at a time, set to a soundtrack of Disney music and nursery rhymes. (And by free I mean that the kids are free to play as they please. You do have to pay!) 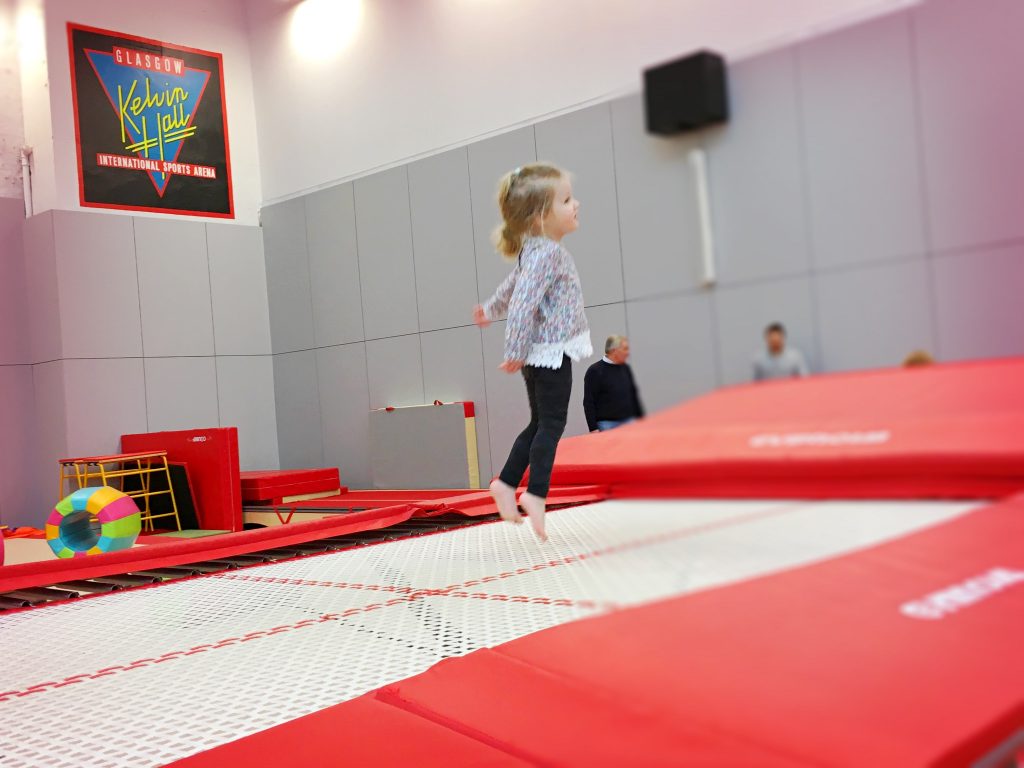 The huge gymnastics hall is set up with all the gymnastics equipment you can think of. There are trampolines, beams (high and low for different skill/bravery levels!), vault, parallel bars, pommel horse plus a few others.

None of the kids are old enough to use most of the equipment properly but since it’s a free play session, they can climb and clamber and jump and run around on them as they please. And there are crash mats and super spongy crash mats all over the place just in case. (That’s not to say that the kids won’t hurt themselves; the way the little lady throws herself around the place she has at least one incident every week!) 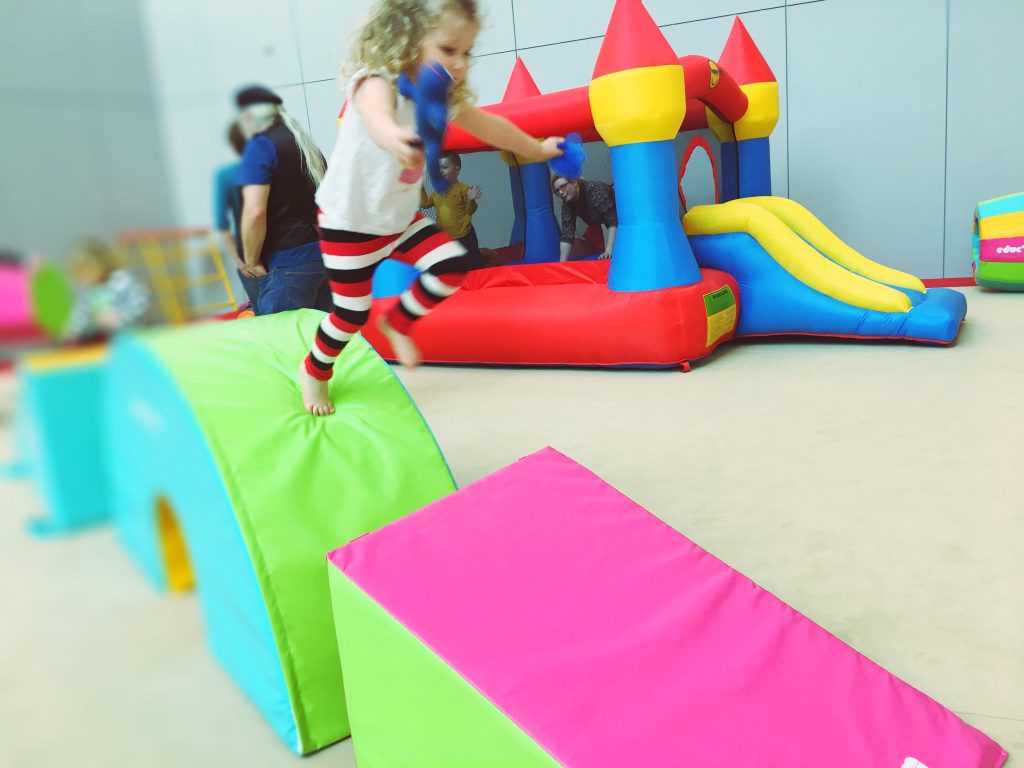 The big square that you would normally see the floor event on has a little bouncy castle with a slide set out on it, plus some big foam shapes for playing with.

There’s also a big bag of hoops and sensory balls and all sorts of other toys for the kids to play with. Most of the younger less mobile kids tend to hang out in this area. They seem to have as much fun as the ones running around everywhere else. There’s also a little climbing frame set up in the hall. 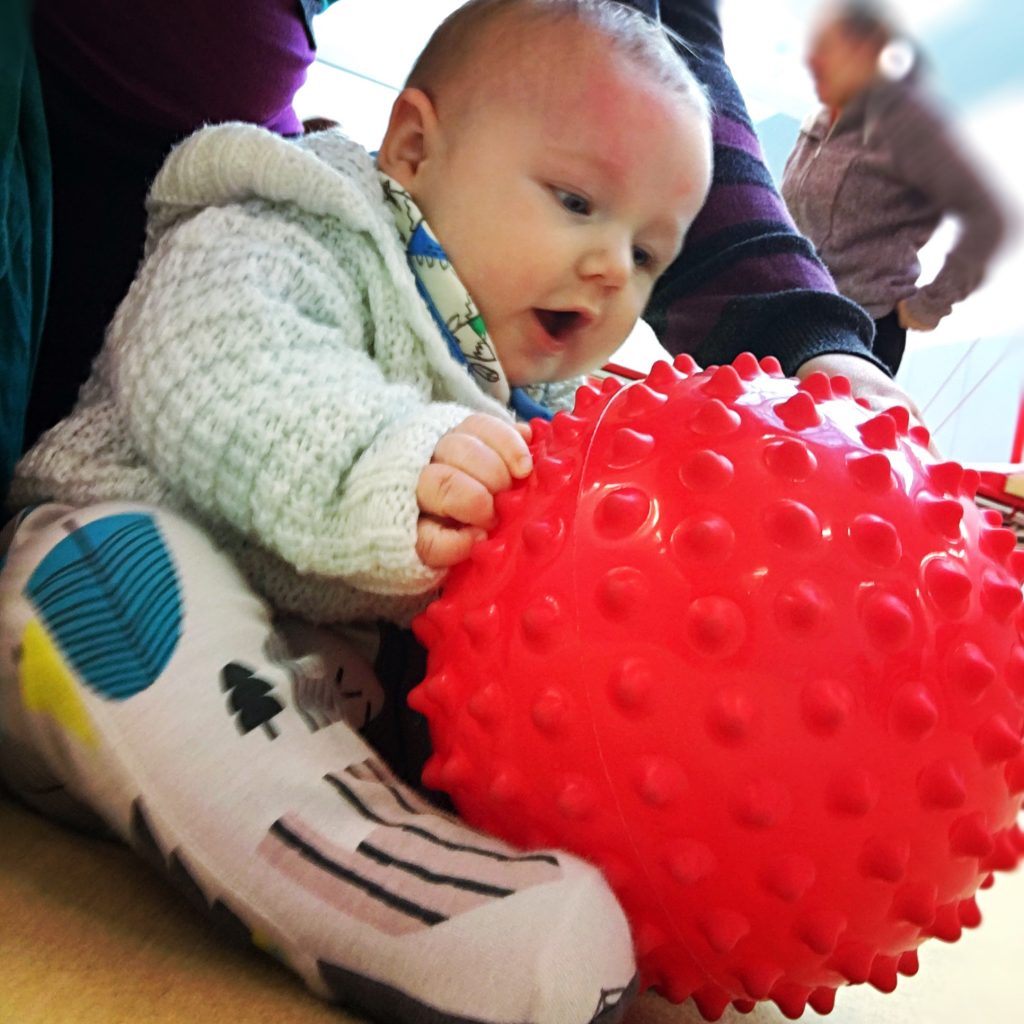 There are coaches around watching what’s going on but they don’t interfere with the kids playing at all. (Unless, I assume, someone is doing something very silly!)

It costs £3 per child for a session, plus £1 for accompanying adults. Sessions last an hour. (Maximum of 2 children per adult.) 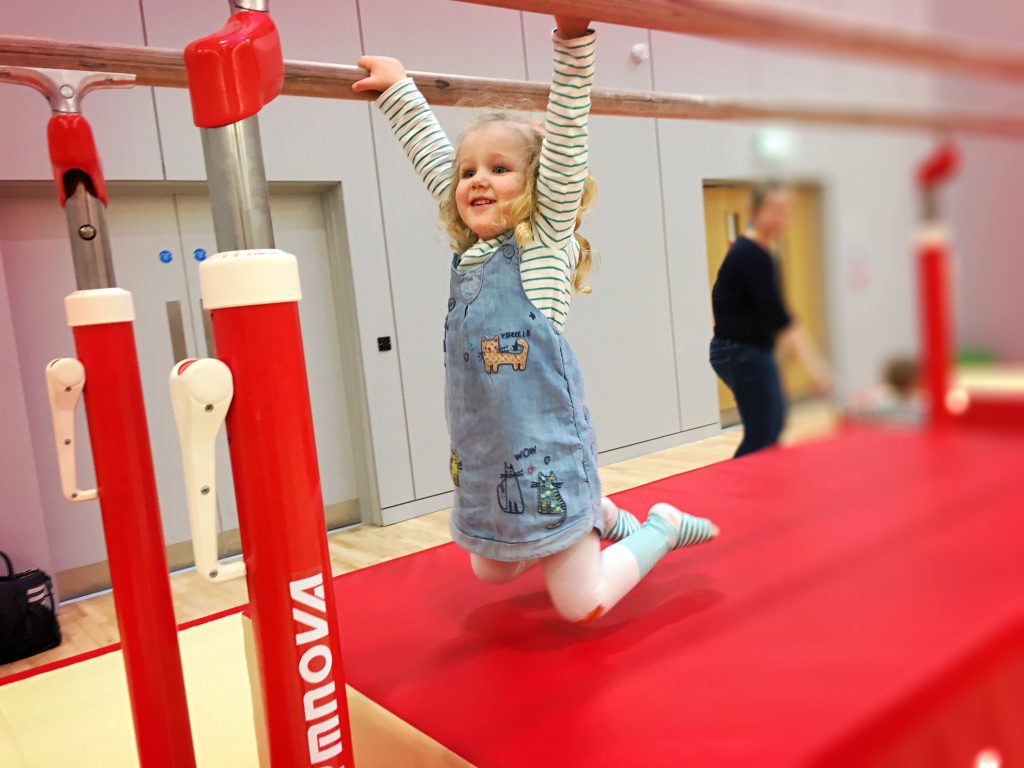 There is a cafe in the Kelvin Hall where we usually go to refuel and feed baby boy. It sells hot and cold food, tea, coffee, cakes, smoothies and kids lunch boxes. Some of the items the cafe sells are a bit overpriced, but most of these places are the same, so you probably won’t be surprised by that. With regards to the food; I’ve only had cake so the only comment I have is that the cookies are weird, but the brownies are spot on. 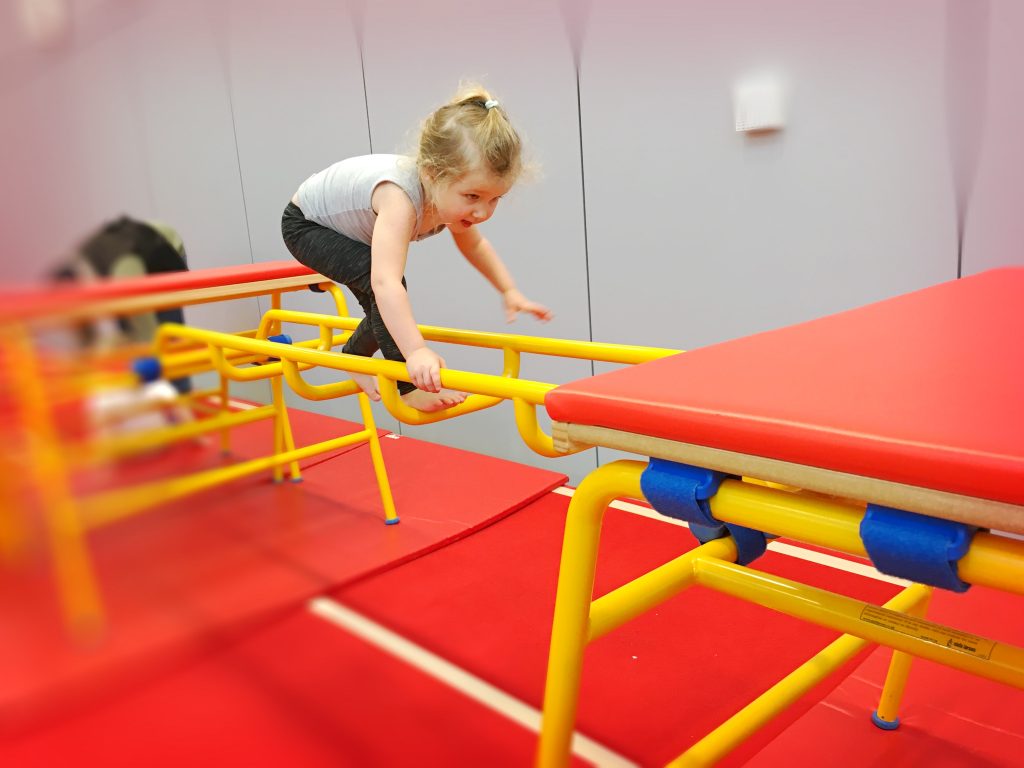 We have the most fun at PlayGym. There’s so much for the little lady to do there; so much running around and bouncing! Every time she is both starving and knackered afterwards. She absolutely loves it and is devastated every week when it’s time to go. We’re always the last ones out of the hall.

We went for the first time mid January and we’ve been back at least once every week since. If that’s not a good verdict I don’t know what is.

PlayGym takes place on various weekdays in the Kelvin Hall and the Palace of Art. All the info can be found at GlasgowLife.org.uk.