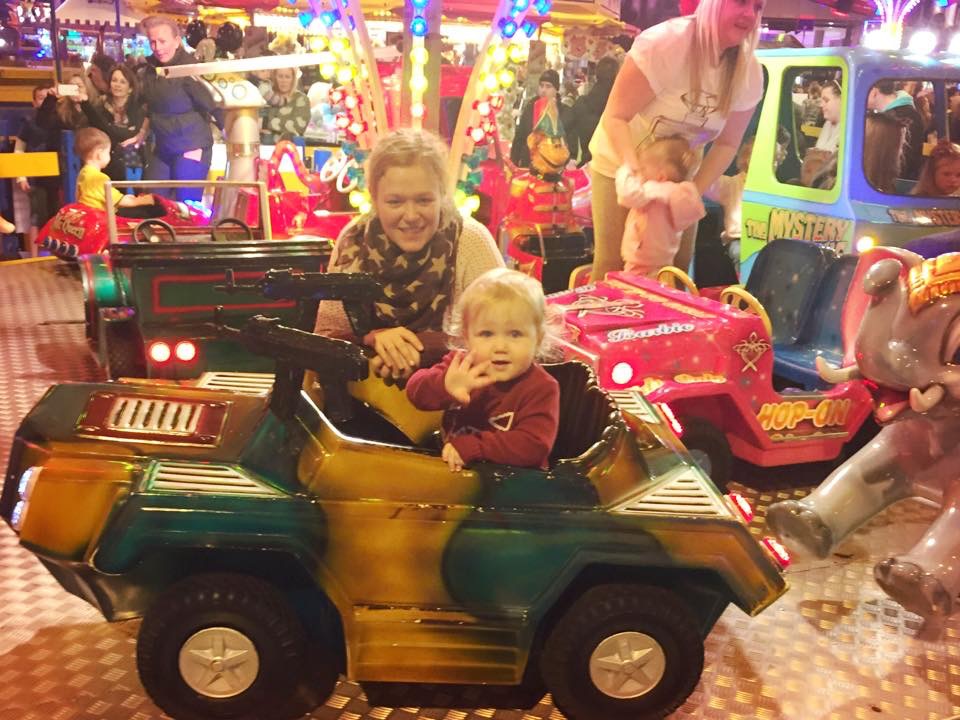 We took the little lady to her first ever fairground this week at the Irn Bru carnival. She’s currently just 16 months old, but it wasn’t as pointless as you might think.

Yes, lots of the rides are waaaay to big for her. But there were a few different kiddie rides she could go on. These were mostly in the form of little carousels, but also hobby horses and a really fun helter skelter. (The helter skelter was our favourite!)

She obviously can’t go on anything by herself yet. I don’t yet know what a 28 month old looks like, but I doubt there’ll be anything she can go on herself next year either. So I guess it’s a good thing I quite like fairground rides. Even if I don’t get to sit in the Noddy car and have to just crouch and linger beside it. 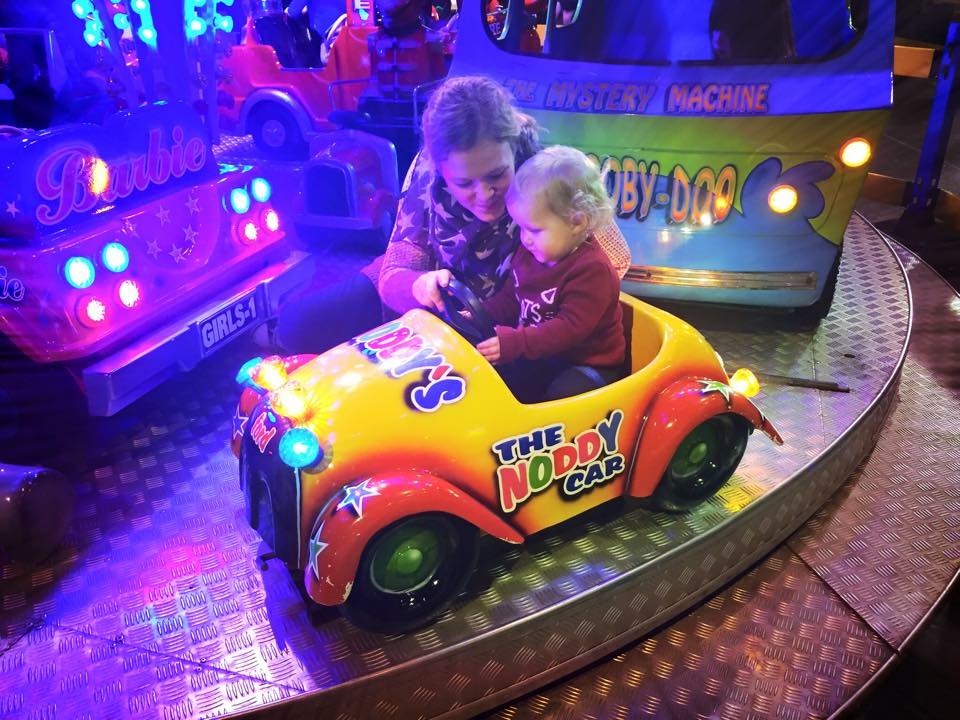 There are a couple of children’s rides like the mini wheel that we couldn’t go on with her. But if you have a brave tiny tot (or can maybe borrow a slightly older tot for a few hours who knows the ropes!) they could go on those. There were also quite a few things we didn’t try; the fun house, dodgems, ghost train etc. I thought that they would either have been too scary, too difficult to get round or that she wouldn’t have sat through them. She didn’t even really want to sit through the entirety of the carousel without moving to a different horse 8 times.

There are also lots of game stalls that we had some fun on (and by we I mean me, whilst the little lady attempted to nick things from the stall). We won a good big balloon on hook-a-duck which which the little lady was utterly delighted. (‘Won’ is probably the wrong word actually; hook-a-duck isn’t very difficult. It’s equivalent to swapping vouchers for a balloon.) But anyway, there are lots of stalls and they’re pretty fun! 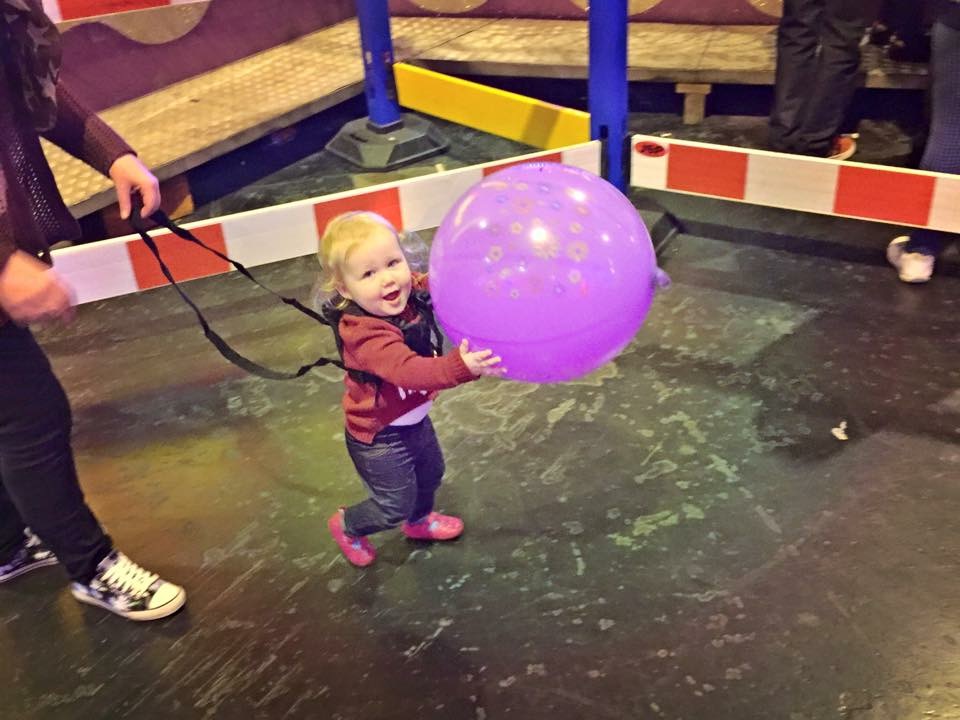 It’s as you might expect. Mostly consisting of candy floss, hotdogs and chips as far as I could tell. I took our own food for the little lady.

The rides that we went on were all 1 voucher each. Most of them we didn’t have to use a voucher for daddy/me. The stalls were 2 vouchers each. We didn’t use all of our vouchers as the little lady got pretty tired after an hour and half of excitement, so we ended up giving our remaining ones away as we were leaving. 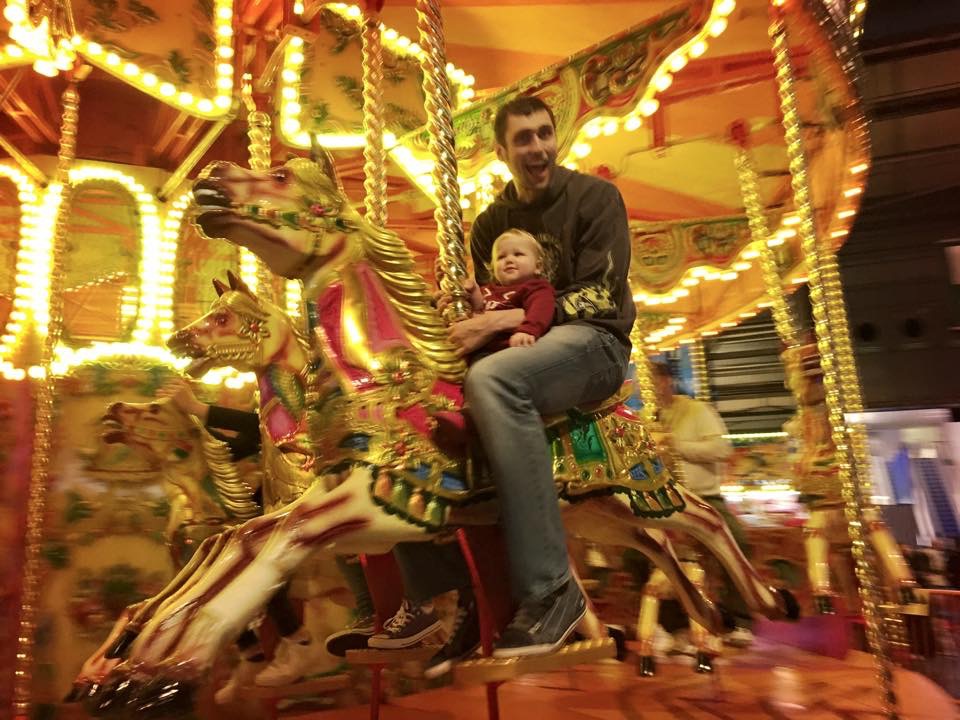 We had great fun at the Irn Bru Carnival, and I 100% include the little lady in that we. She had an amazing time walking and wandering and watching everything. She wasn’t so much a fan of the queuing, but thankfully we didn’t have to do too much of that.

However I think the little lady was still a bit young for it this year. There weren’t a huge number of rides she could go on and certainly none she could go on by herself. We’ll definitely go back next year when I think she’ll be old enough to appreciate it, and will be able to enjoy the rides more too. 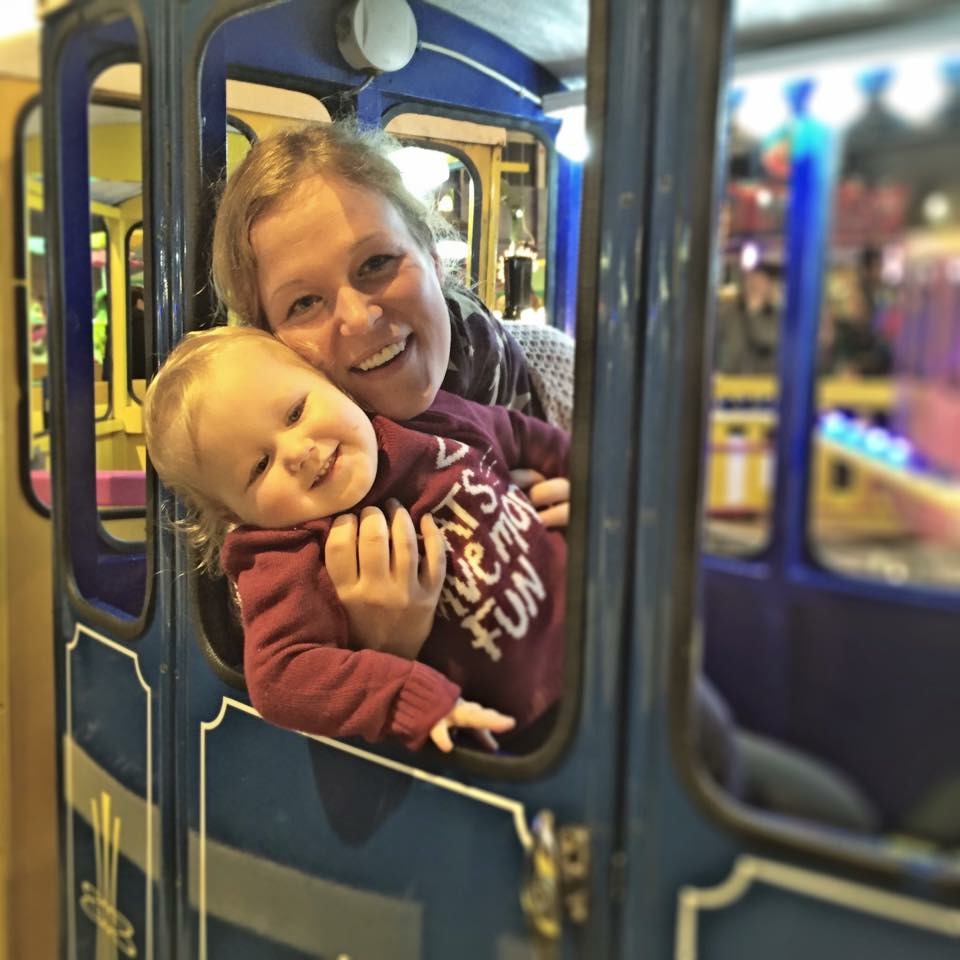