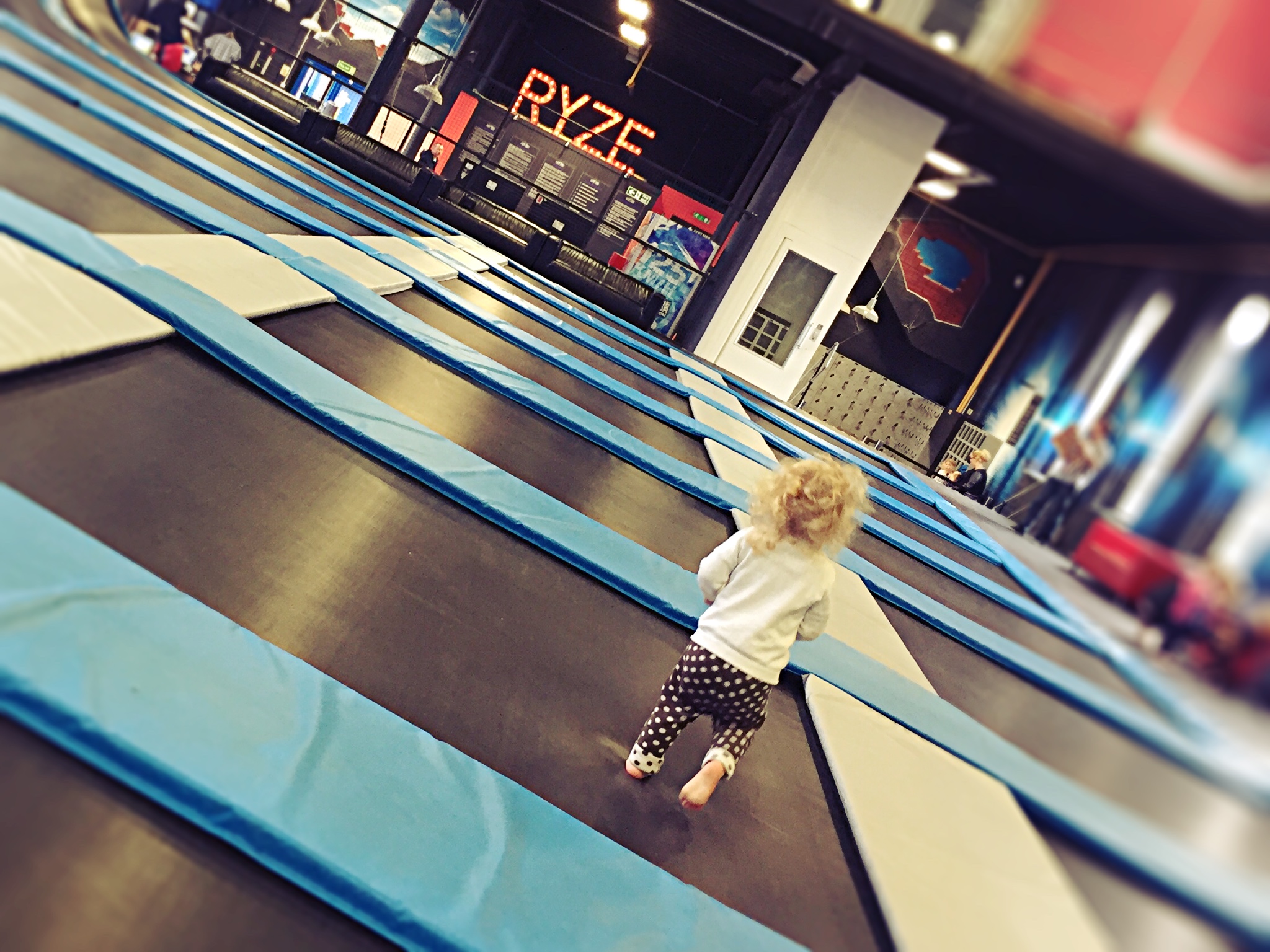 We’ve now been a couple of times to Ryze KidJump for some jumpy toddler trampolining fun. A friend had told us about it and I just knew that the little lady would love it; she is, as I imagine most toddlers are, a huge fan of jumping! One of our little friends came along too this morning and the pair of them had a great time.

Ryze KidJump is on for an hour from 10am, every day. For that hour, only young children aged 2-6 are allowed in, with accompanying adults. During that time they can roam free (under parental supervision) into all the various bits and use any of the equipment.

When you arrive and check in you’ll be given a coloured sticker that says what time you have to leave and a wristband. (The little lady was delighted with both of these, especially when at the end we were told you get to keep your wristband!)

There are a few different areas within the trampolining centre: 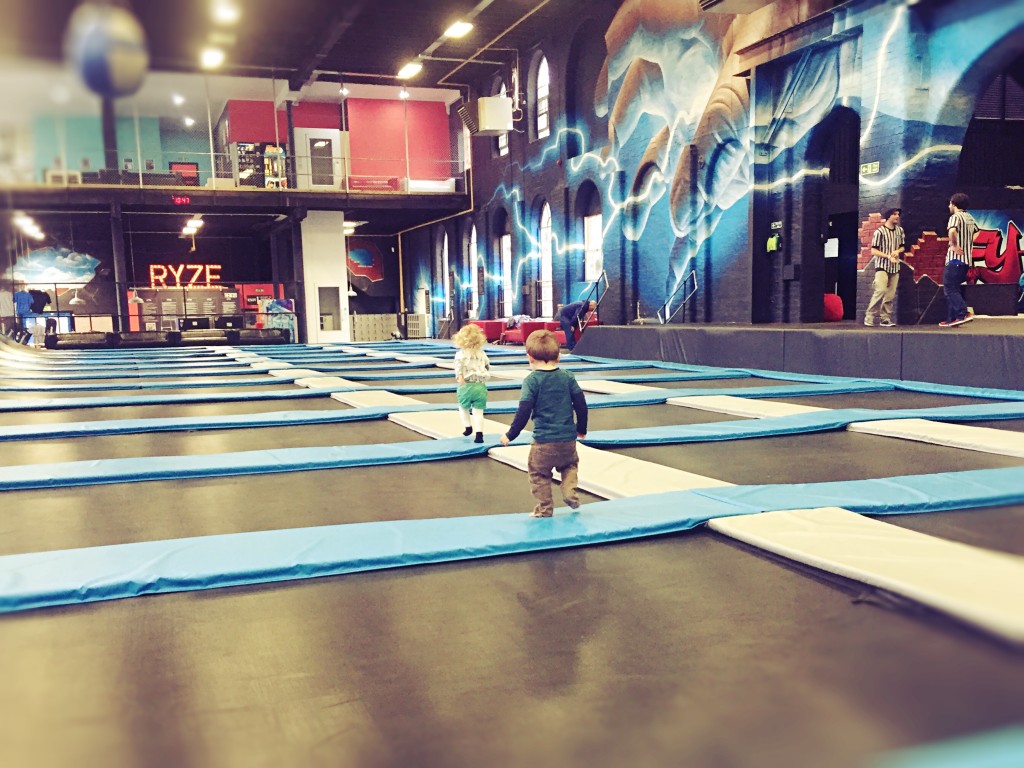 The little lady had an amazing time jumping, running and rolling around on all the trampolines. Her favourite parts the first time we went were the basketball and dodgeball areas. She spent most of her time rolling around with the various balls.

On the second occasion we went along she had a wonderful time jumping into the foam pit (as did I, to be honest.) Just like jumping into a swimming pool, but with the added bonus of not getting wet!

There are sofas and beanbags dotted around the place to have a rest if you want to. Upstairs there is a viewing area with some sofas and tables, and a cafe. They serve up hot & cold drinks, sandwiches & toasties, focaccias, paninis & ciabattas, plus some cakes & fresh fruit. (I think the cafe opens at 11am but I’ve emailed to check and am waiting to hear back from them. Will update asap.)

If you like Disney, the soundtrack is pretty awesome. Because it’s all Disney songs. If, like me, you grew up watching Disney movies and listening to those soundtracks you won’t be able to help yourself singing along. If not, please excuse everyone else.

It’s been quite quiet both times we’ve been; maybe 12 or fewer kids each time, so we’ve had free reign to jump (or in the little lady’s case roll) around on every single trampoline she wanted. We’ve only been during the week, but I would imagine that weekends are busier.

KidJump is on 7 days a week from 10am until 11am. It is for children aged 2-6 years old only. They can jump and play on any and all of the trampolines. Accompanying adults aren’t allowed to jump on the trampolines though, simply because we would most likely have small children flying about all over the place if we did. Health and safety and all that…

Children under the age of 7 aren’t allowed on the trampolines at any other time. (Children 7+ can go in any time apart from 10am until 11am!)

It costs £7 per child for the 1 hour ‘flight ticket’. Accompanying adults go free, but as I mentioned above aren’t allowed to jump on the trampolines.

Toddler trampolining at Ryze Glasgow KidJump is fantastic fun. If your little one likes jumping I’m sure they’ll enjoy it. The little lady and I both had a great time. First time we went along it took her 5-10 minutes to get used to the trampolines, but once she did there was no stopping her.

Also, jumping and rolling around for almost an hour absolutely knackered her. So bonus nap afterwards. £7 for an hour of jumping followed by a 2.5hr nap was well worth it!