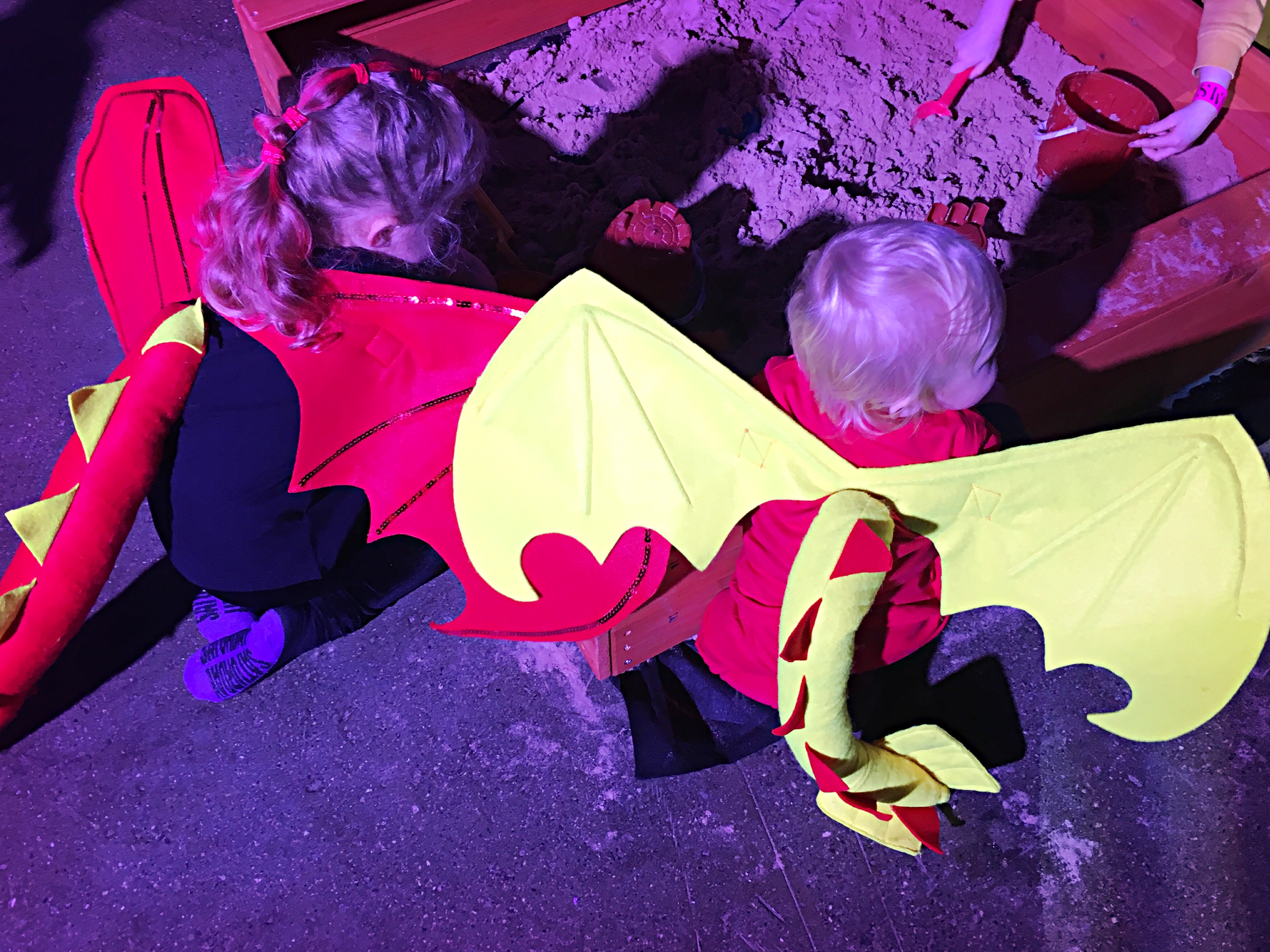 I love a party. I especially love a party where I don’t need to do any preparation beforehand or any cleanup afterwards. And I love a dance. So do both my kids. Instead of having our usual dance parties in the kitchen, I thought I’d take them along to a proper party. 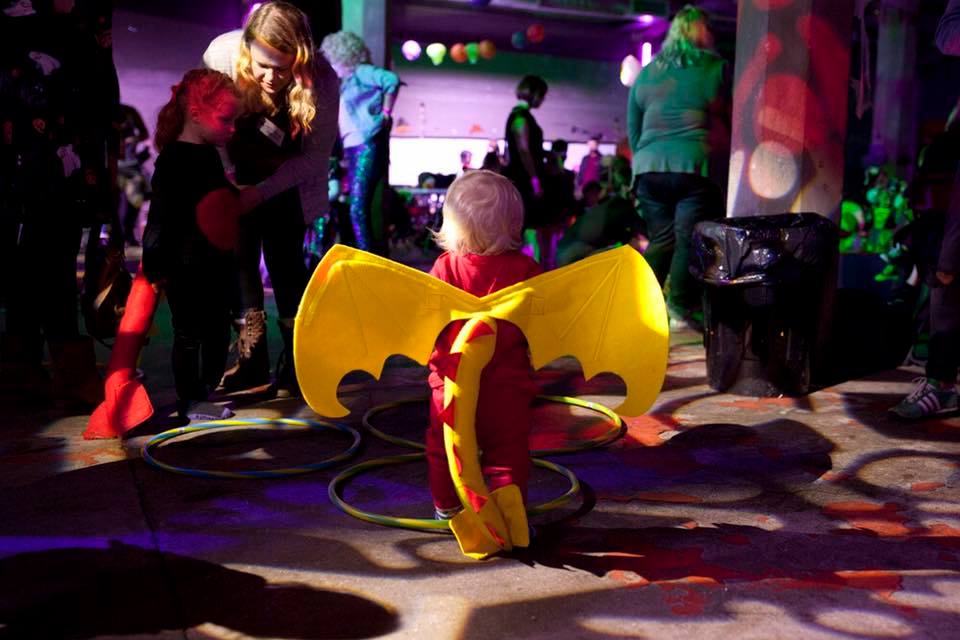 Mini Manoeuvres is basically like clubbing, except your kids can come along. Just like any other time you’ve been clubbing there’s a bar, there’s a DJ belting out the tunes and there’s a dance floor. It just happens to be on during the day. To make it kid friendly, the music is slightly quieter than normal so it doesn’t leave anyone’s brain throbbing to the beat for hours after you’ve left, there’s pretty decent food to be had and there are a ton of things to entertain your sprogs whilst you’re there.

We started off in the wee soft play area in the middle of the room which both of them loved. The little soft play was filled with kids of all ages. They were all having a blast in there. There was playdough, a little ball pool, an excellent face painter, a sandpit, a wall to draw on, Lego, arts and crafts, and balloons all over the dance floor. Every so often there were bubbles galore. The Halloween party we went to was in SWG3 so there was also a big wide corridor for the kids to run up and down in, a firm favourite of the tiny one. 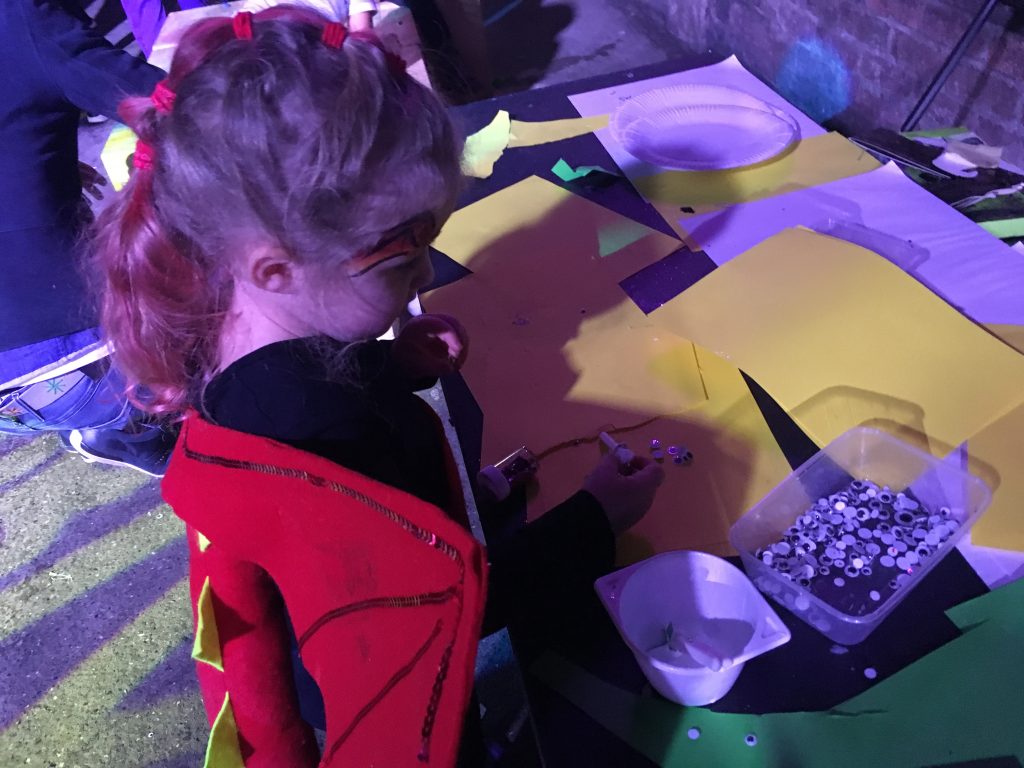 Both the kids had the best time at Mini Manoeuvres. The little lady loved all of the activities. I frequently had to leave her at one in order to go retrieve her baby brother or stop him from raiding a random handbag he’d come across. This wasn’t a problem at all because she was having a fantastic time. But baby boy had just found his feet and only wanted to run. Everywhere. Constantly. And explore everything too. So he absolutely loved wandering around, finding open handbags to put little bits of playdough or Lego or a random straw he found on the floor into. (Apologies to the people he did this to. I didn’t want to rake in anyone’s handbag to get his treasures back out.)

The only thing I would say is that it wasn’t the most stress free day I’ve had out with my kids. But that’s because baby boy has been an overconfident intrepid adventurer ever since he could move, and the fact I was there on my own with the two of them. 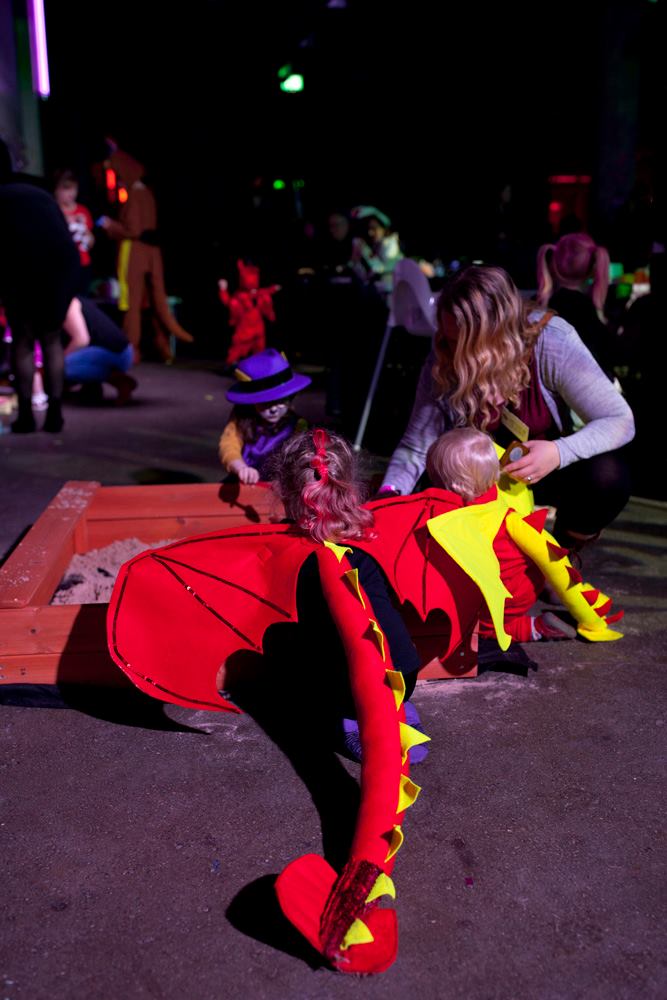 A couple of times I did put him into the wee soft play area for a few minutes rest. He really enjoyed it, but about half way through he realised he could escape from the soft play area and that was game over for me. I spent the rest of the time chasing him back into the room whenever he found an exit.

Honestly though, even despite that, Mini Manoeuvres is one of my favourite things I have done with the kids this year. And that’s not just because we went for Halloween and I got to be mother of dragons for a day. I genuinely had a great time. I met up with a few friends (and with a few folk I hadn’t planned on seeing!) and we all chased our kids around together, sneaking some chat when we could manage. 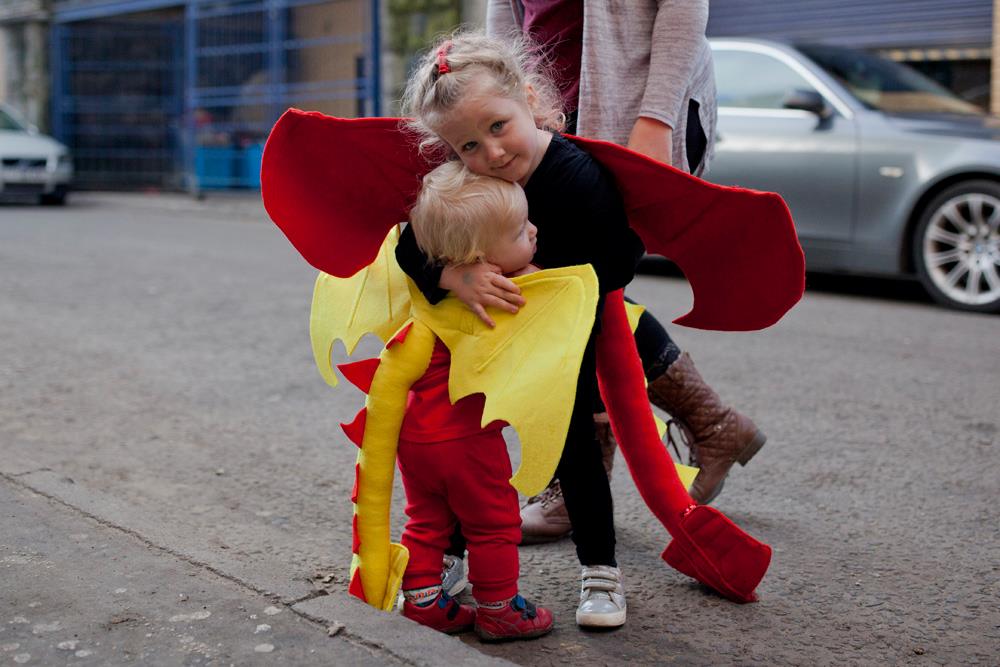 Tickets are £6 for kids and £6 for adults. Pre-walking babies are free. All the activities are included. Food and drink isn’t included.

People know how fab these events are and so they do book up really quickly. If you want to go to one, find out when tickets go on sale and get in fast for yours! 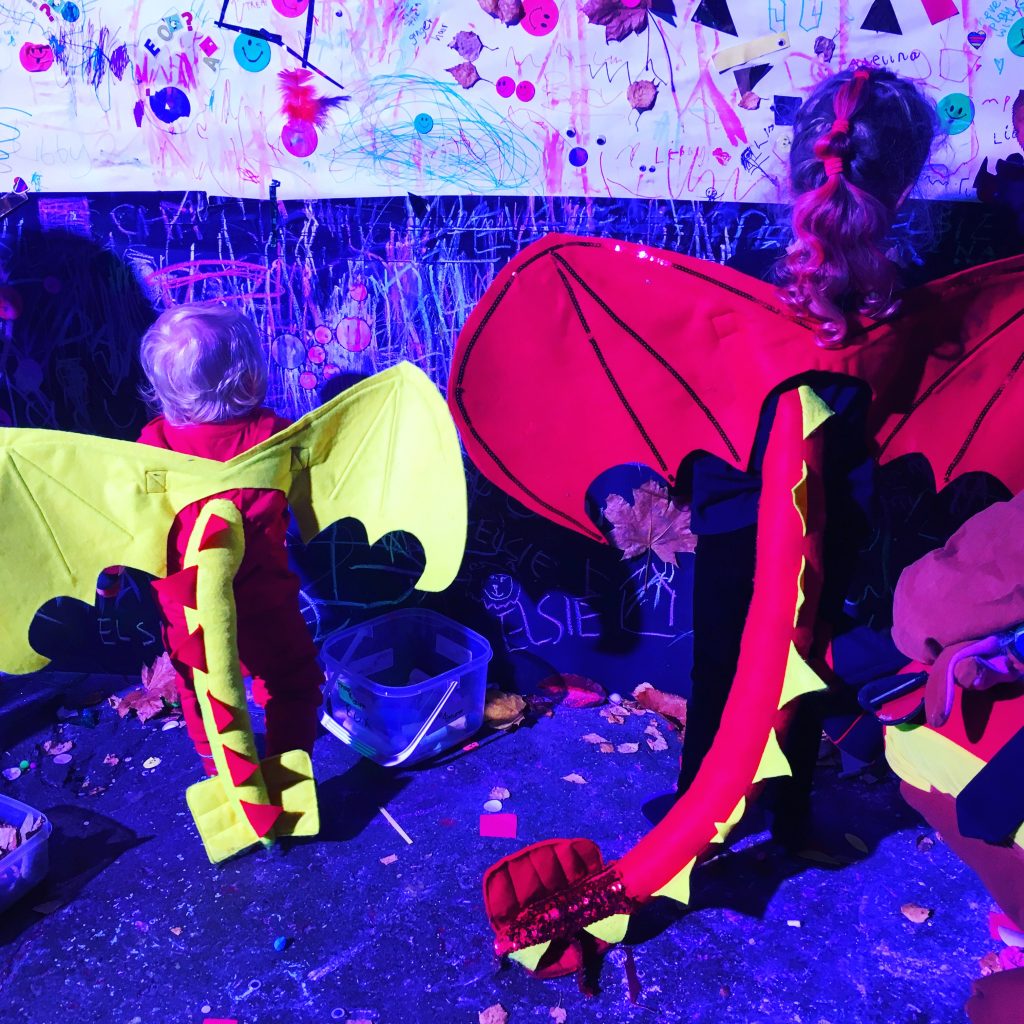 The kids had the best time at Mini Manoeuvres. There is a lot of fun stuff packed into these parties. Both of my kids played in, on and with absolutely everything there. The Halloween bash was completely sold out (like all of their events). It still didn’t feel too overcrowded though, even at it’s busiest. So the kids could play to their hearts content with whatever they chose.

I had heard many great things about Mini Manoeuvres beforehand and I was not disappointed at all. It was a really sociable afternoon. Had I not been in charge of the two of them on my own I would absolutely have had a glass. I was genuinely knackered afterwards, but it was totally worth it. 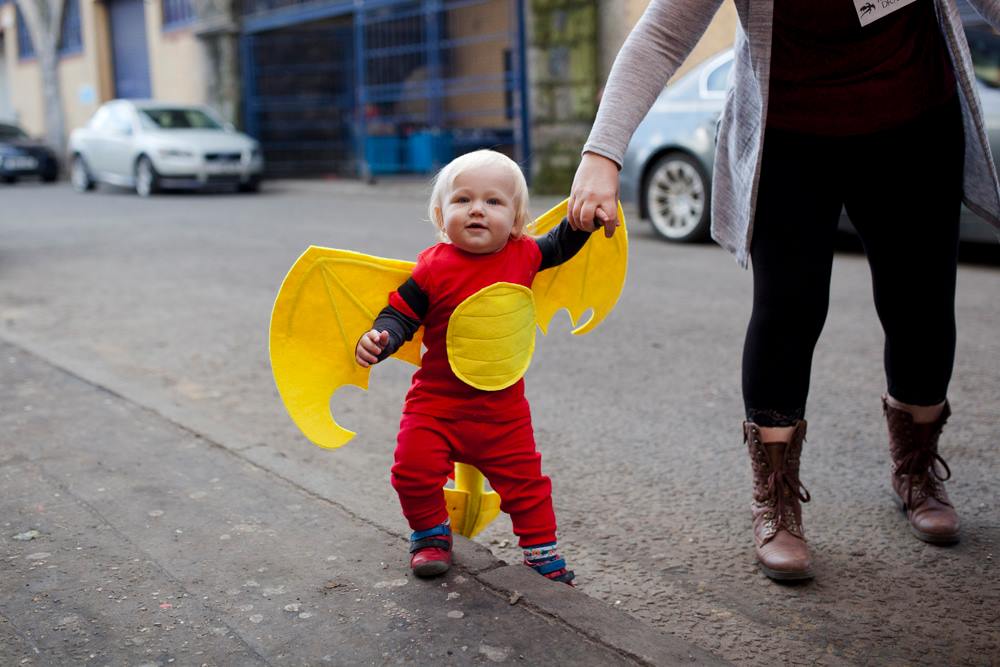 Mini Manoeuvres events take place in various venues in Glasgow and beyond. Check out their Facebook page for more info.