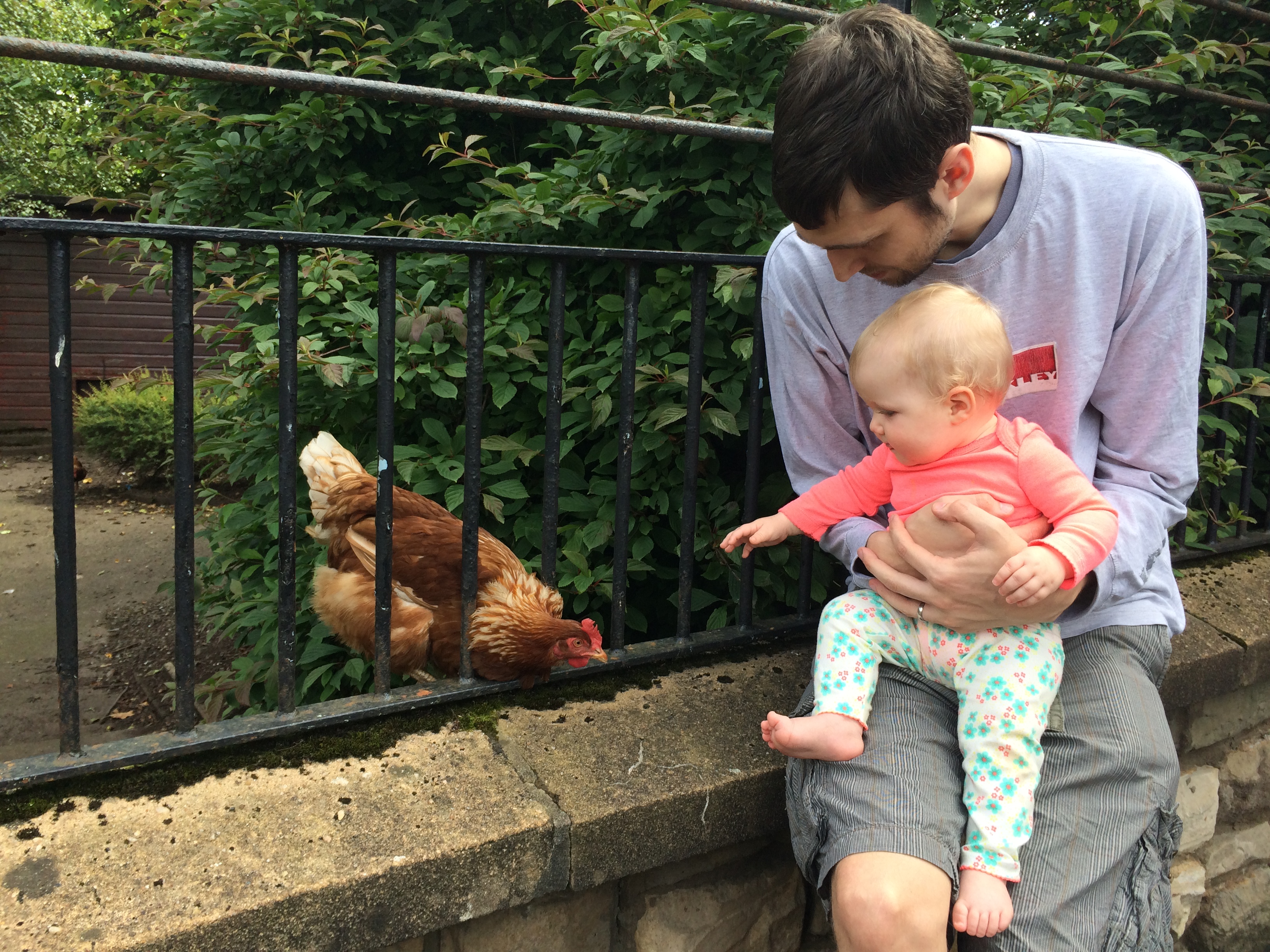 Tollcross children’s farm is a great wee spot in the heart of the East End. Nostalgic for me because I grew up just along the road from here, and it’s where my sister first got “chased” by a chicken. (Said chicken literally just strolled towards her but she still talks about it now 30 years later.) Lots of memories.

It’s not big, but they have a bunch of farm animals to see. There are sheep, alpaca, pigs, ponies, a lot of chickens, various other birds, rabbits and ferrets plus a few others.

There’s also a fantastic wee indoor bit. It has some more animals – a tarantula & some insects, crafts, colouring, toys, buttons to press and so much info to read about farm animals. (Note: this indoor bit is closed on public holidays.)

We typically spend about an hour at Tollcross Childeren’s Farm when the indoor part is open. My only negative is that the farm probably wouldn’t entertain an older kid for very long. It’s one for the under 7’s I would say.

Tollcross Park is definitely worth a wee wander round too. It’s got some good big hills for scooting & cycling. Plus a wee river you can have a wade in if your wellies are tall enough.

The farm is totally free.

Tollcross Park Children’s Farm a nice place for a runaround with a toddler, and the indoor education bit is brilliant. (This was my kids’ favourite part!) It’s definitely one for younger kids. Tollcross Park itself has beautiful rose gardens and is nice for a wander round too.