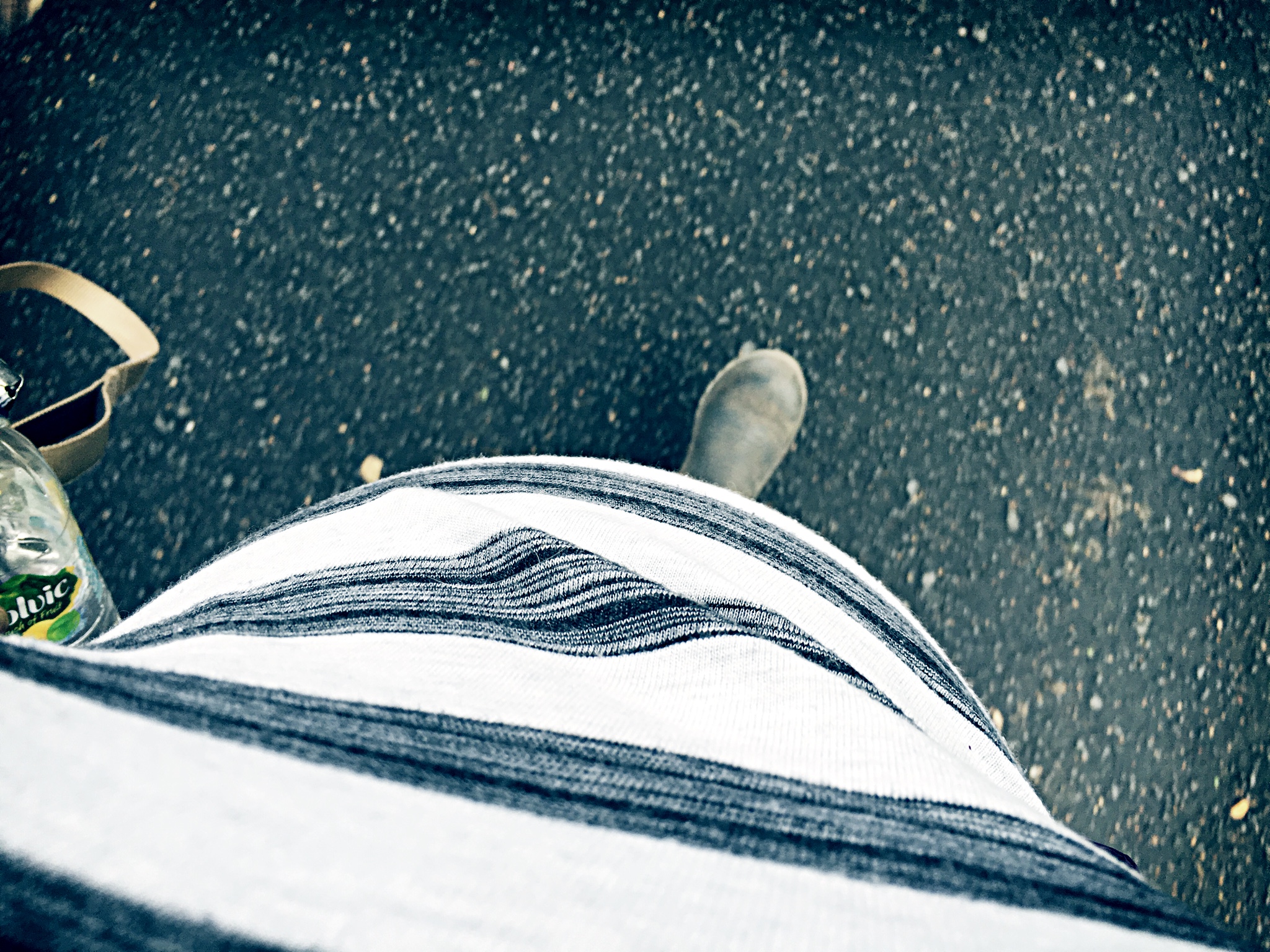 Today is due date. Every day this past week my husband has asked me “Do you think it’s today?” And no, I still don’t. I’ve had a couple of Braxton Hicks here and there, but absolutely nothing to suggest that baby is on the move yet.

All is good with baby. And apart from being more tired I’m totally fine too. It’s been a bit of a crazy week though. I hadn’t felt the baby moving as much as usual on Tuesday evening and then on Wednesday morning felt nothing at all. I got up, had a big drink of cold water and a banana; still nothing. So I rang maternity assessment and went straight up. It was a bit of an adventure for the little lady. And she was delighted to be allowed to wear her jammies, slippers and ‘cozy coat’ outside.

Wednesday: 3 days until due date

We arrived at maternity assessment and I’d still felt no movement at all. I was pretty worried by this point. I was waiting in a bed for about 10 minutes before the midwife (followed almost immediately by my husband who’d been dropping the little lady off at her aunts house) came in behind my little curtain. She had a feel at my belly and I still couldn’t feel any movement. But as soon as she popped the little round monitor on my belly, baby went crazy. And I burst into tears. I was so incredibly relieved. Turns out it was the same midwife who saw me through the last 12 hours of my labour last time round! Lovely lady.

Standard procedure after reduced foetal movement is to induce within 48 hours. However since I had a Cesarian last time induction isn’t an option for labour this time. Then it would be straight to another section in 48 hours. However my consultant knows how much I want to avoid this. He came to see me and we decided that I’d be in for my scheduled appointment the following morning, and he booked me a scan for the Friday morning. If everything was fine with the scan he’d be happy to let me keep going.

Thursday morning at my scheduled appointment was Sweep Day. The midwife wouldn’t do it because baby’s head could still be moved around a bit. So the consultant did it himself; not the most pleasant way to spend a Thursday morning. But it only lasted about 20 seconds maybe and then it was done. The midwife kept telling me just to breathe. Harder said than done with the large hand of a doctor rummaging around up your foof.

Friday morning was our scan. Everything was looking good with baby, fluids, placenta and cord. So we’re back to just waiting for baby and my uterus to decide when it’s time to come out. I know we’re going to be meeting baby soon, but it was really nice to see him/her again. Though at this stage there’s not as much to see – they’re so big that even a belly fills the entire screen!

Anyway, I was maybe 1cm at the time of my sweep on Thursday and nothing has happened since. Well I maybe had one quite strong Braxton Hicks in the cinema yesterday, but it was exactly at the emotional point when Chris Pratt had a good line and then died, and he’s my favourite, so I guess it could’ve been a reaction to that…