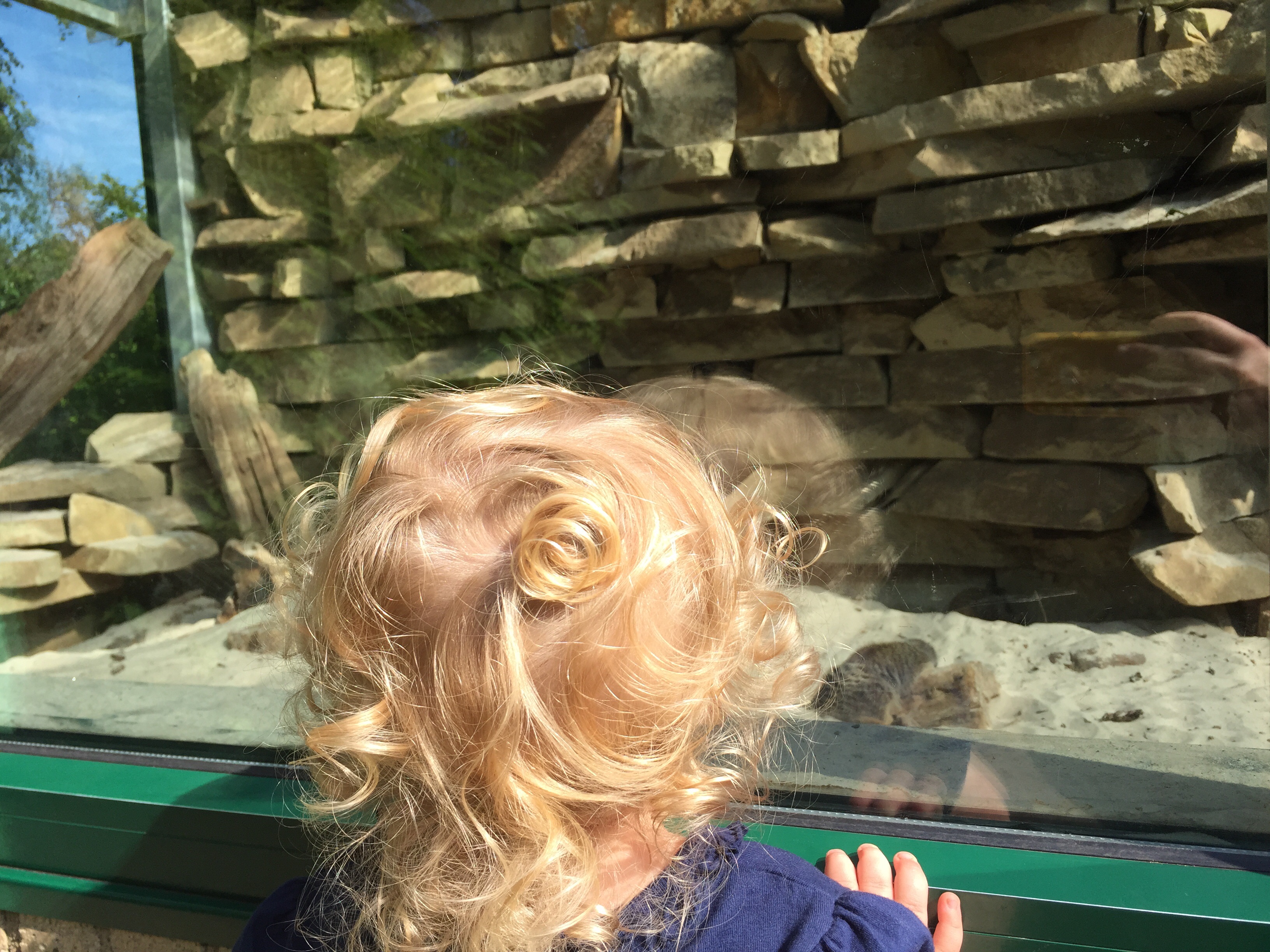 We met some friends at Calderglen Country Park last week. (We chose the one beautiful sunny morning last week to go, which was great!) We’ve been out to Calderglen quite a few times before and we love it. I thought it was time for a review! 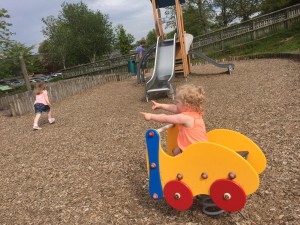 There are two playparks. The small one next to the car park is good for younger kids. It’s in good condition with a couple of slides and little springy things. The little lady is a big fan.

The bigger playpark is suitable for kids of all ages. It just opened at the beginning of summer 2016 and is brand sparkly new. I wrote a post specifically about the new playpark which you can find here. But I’ll just say here that it’s brilliant and the little lady loved it. It was really needed at Calderglen – the old playpark was pretty awful with loads of broken and closed off bits. 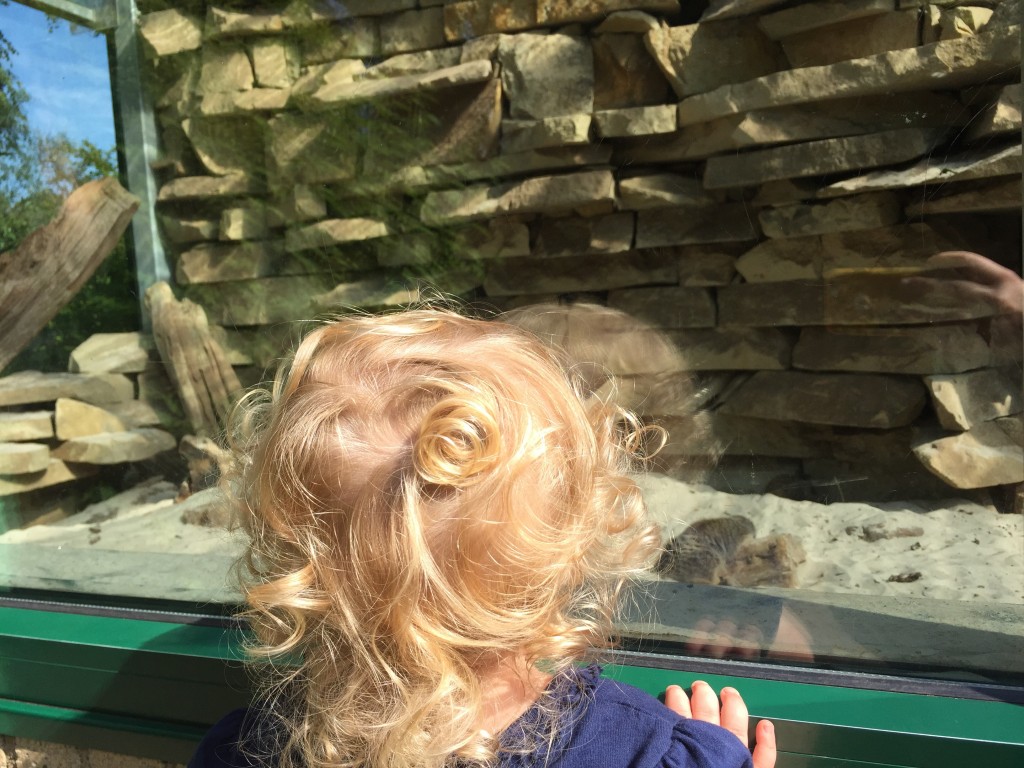 It’s small and took us maybe half an hour to get round. Had the little lady been in a better mood and not terrified by one of their more noisy birds (the bird was just singing a wee song; I have no idea why it was scary) we would probably have spent a bit more time there.

The children’s zoo costs £1.30 entry for adults (children are free) so it’s worth it. 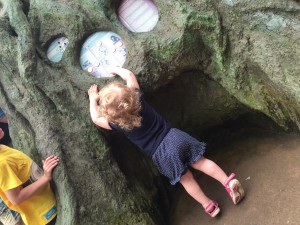 We didn’t go a walk this time, but we have quite a few times before. The walks are mostly by the river and are really nice. It is hilly in places with tree roots sticking out here and there, but it is still pretty easily negotiable with a pram. We’ve used the carrier most of the time though which makes it easier.

The cafe looks nice, especially the courtyard area. I had the soup of the day (tomato & vegetable) and it was tasty. No complaints about that at all. However I got the kids lunch box for the little lady and it looked like this: 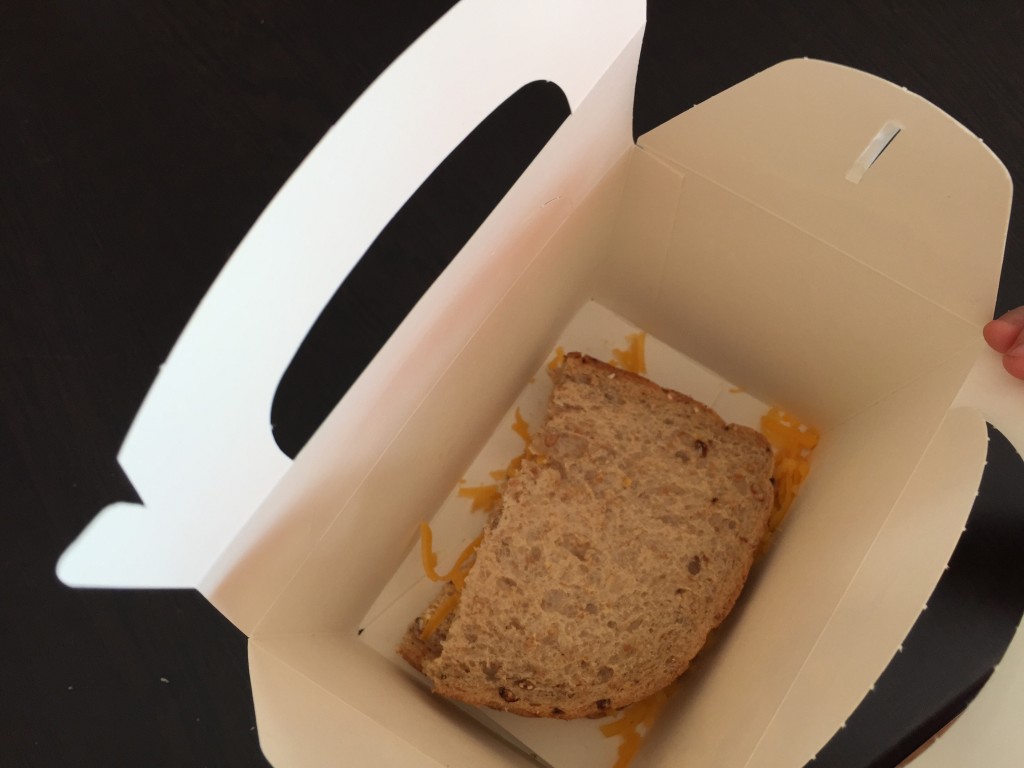 Yes, we got a piece of fruit and a drink with it (no option to have a bottle of water; only juice). And yes, they made the sandwich up with the option of white or brown bread. But look at that photo above. It really was just some bread and cheese flung in a box. For £3.95.

They have a good cake cabinet though that looks delicious. And their Mr Whippy ice cream went down well. 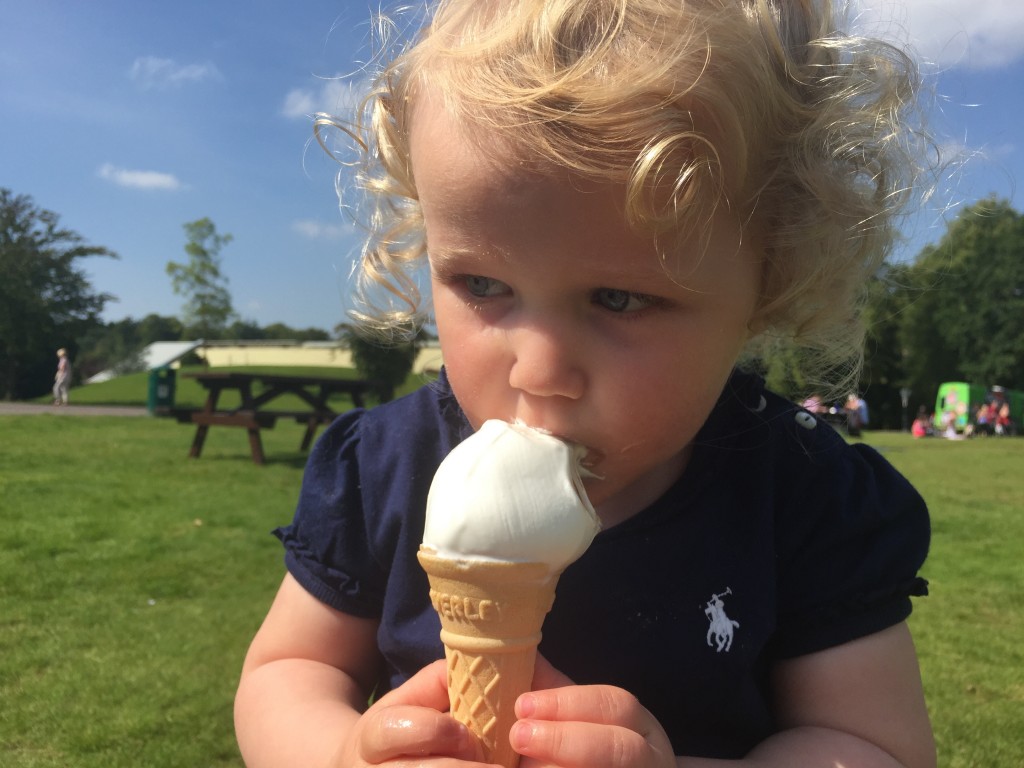 Calderglen is a great place for kids. There’s plenty green space in which to run around or have a picnic, and little animal lovers will definitely enjoy the children’s zoo. And the walks down by the river are lovely. The only negative for us was the kids sandwich box. I’ll bring our own picnic next time. We can always still get an ice cream. 🙂

Oh, and the new playpark is fantastic!