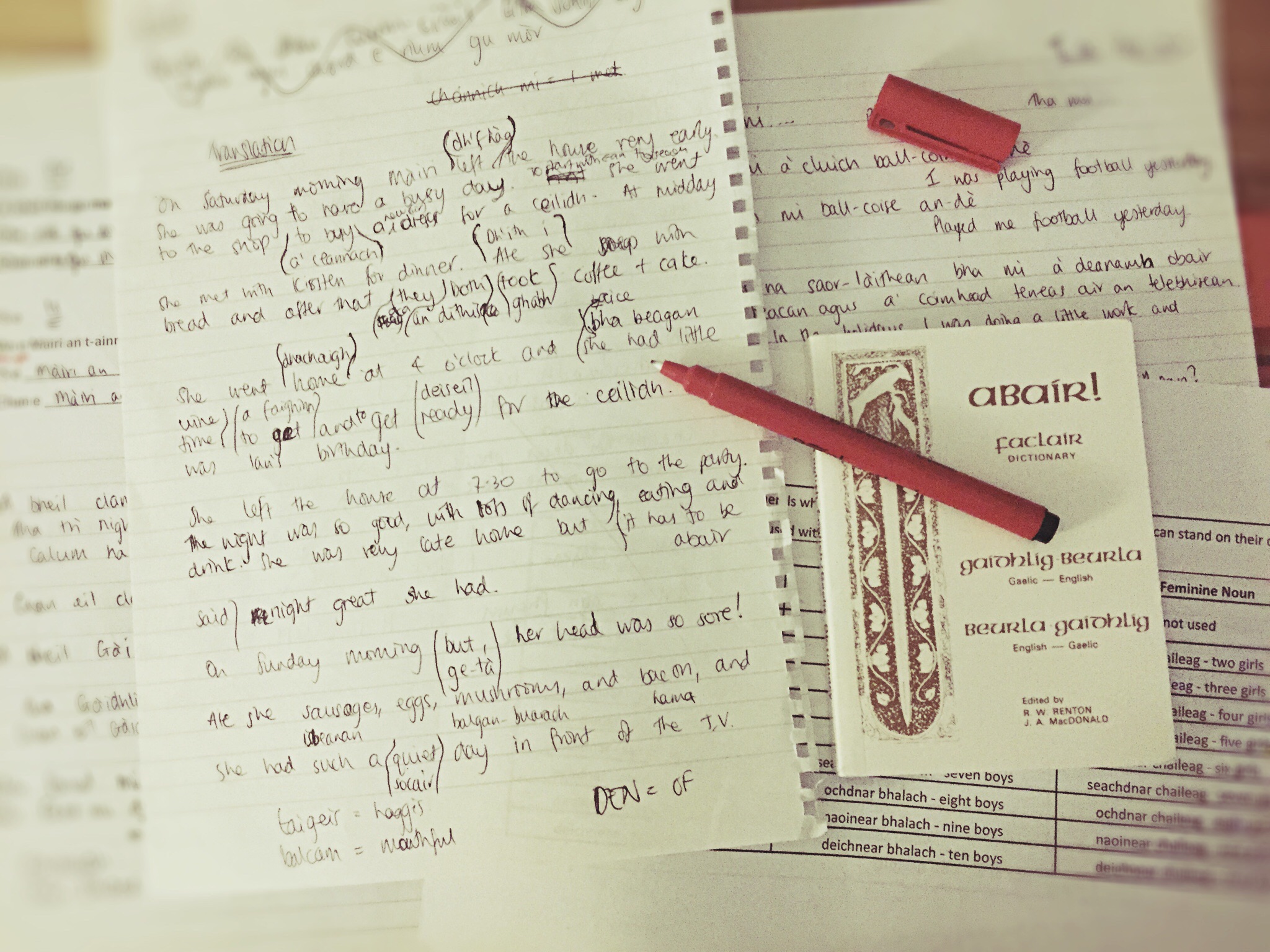 I love languages. I’ve always wanted to really learn a language other than English, but I’ve always had an excuse not to: too busy with studying, 20’s nonsense, working, travelling, a wedding here, a honeymoon there, a baby… 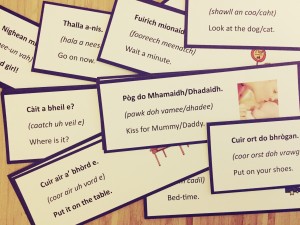 I have dabbled in languages before. I did French & German in school, Spanish for a little while on my own steam, a tiny bit of Dutch before we went to Holland a few years back, and even Japanese for a term at uni. I can hardly remember any of it though, which always disappoints me.

When Coffee & Craic, Glasgow’s first Gaelic cafe opened near my house I thought it was the perfect chance to have a go at Scottish Gaelic. And to have a night off; the bedtime routine does feel a bit like groundhog day sometimes. I went along to their complete beginners session for a few weeks and I was hooked. 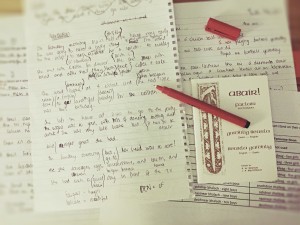 8 months in, 18 Monday nights of evening classes at the Glasgow Gaelic School, quite a few Wednesdays at an informal chit chat session in McPhabbs and I feel like I’m in it for the long term. I’m doing pretty well at it too. I’m not sure why; I think it’s a combination of things. I’m a bit more ‘grown up’ than I was as a 20-something. I’m happy to do a bit of studying, partly because it makes me use my brain which I feel doesn’t happen as often as it used to. But I actually enjoy it. I enjoy finding little patterns and I’m so pleased with myself when I learn a new phrase and remember it the next day. Yes, it is hard. It’s so different from English – pronunciations, the alphabet, sentence structures – but I sometimes I feel like I just get it. Maybe I’ve just found the language I was meant to learn.

I would love my little lady to be able to speak a second language and I try to speak to her in Gaelic. That’s the hard part though; it takes me a while to form a sentence and the moment is usually gone by the time I do. But I’m getting there, little by little. We have a few Gaelic kids books that I can read to her. One of them, ‘M’eudail air an iasg!’ (the Scots Gaelic version of ‘Hooray for Fish!’), is her favourite book just now. I’ve also taken her along to a Gaelic nursery rhyme group too. I learned tons from those (slightly irritating and really repetitive) songs. 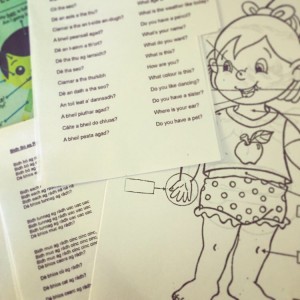 Who knows what’ll happen in the future, but for now, I’m sticking with Gaelic. My blutack should be arriving in the post today and soon there’ll be flashcards stuck around the house. I can’t do total immersion, but I’ll do what I can!

If anyone reading is in Glasgow and is interested in learning Gaelic, feel free to drop me an email. There’s a large community of Gaelic learners in Glasgow; especially parents who are considering sending their children to the Glasgow Gaelic school. I’ll happily help if I can!

9 thoughts on “Disclosure: I am a Gaelic learner”