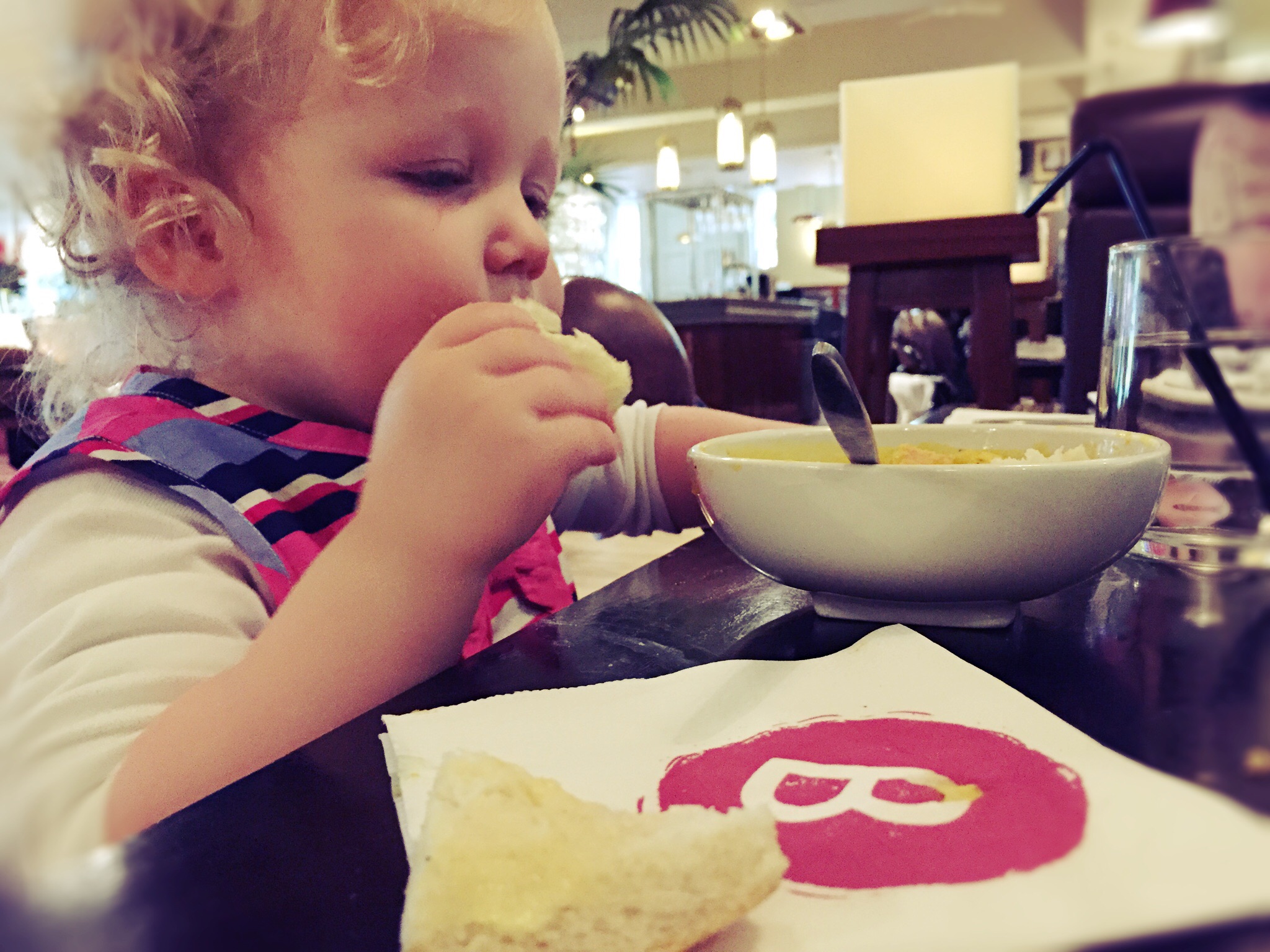 We were out with family last week for a little celebration dinner. It wasn’t really in aid of anything, but who needs a reason to celebrate? We were meeting in town, and decided to wander along to George Square, to Browns.

We’ve been to Browns a few times with the little lady, including once when she was about 3 months old when she spent the entire time attached to my boobs. The last time we were there was a few months ago, before the little lady decided that screaming at the top of her voice is the best means of communication and that highchairs are not an acceptable seating option. Thankfully Browns is loud enough that you probably wouldn’t even notice a toddler screech or wail here and there.

Browns are very welcoming to families with children. It seems that they have a particular seating area for families, in the back section of the restaurant away from the bar in the middle. That’s absolutely fair enough – if I’m in a nice restaurant and my toddler is going to squawk I’d rather be around the folk that said squawking won’t annoy! Or who may also have squawkers at their table. They don’t give out any crayons and a colouring sheet though, so make sure you take your own entertainment for your little ones! 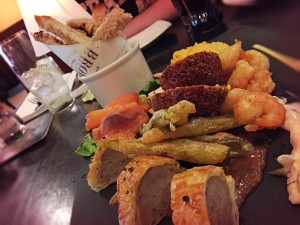 We all shared the Taste of Browns platter to begin. Who’d have thought that fried pickles (tempura gherkins, basically) would be the highlight of my night? The little lady enjoyed the bread and hummous, and a bit of sausage roll. There’s a lot of food on that plate. Between the five of us we managed it though.

I had steak; the fillet. (I’d been on a stupid diet for about a month, with no eating out at all, so it really was probably my own personal celebration that night!) Although the little lady ate most of my chips, it was still delicious. They did forget to give me my onion rings at first and then brought out some pale anaemic looking things. The husband wasn’t too pleased – he was vying for those.

The children’s menu is good, with quite a few different options on it including pasta, burger, fish & chips, sausage & mash, a couple of starters and desserts. It’s quite reasonably priced, at £8 for 2 courses or £10 for 3.

The little lady loves soup, so she had that; it was butternut squash and sage. I had a taste and, as soup fan myself, it was delicious. She was super hungry when we arrived so our server put her order in immediately – huge brownie points for that. And her soup came at a good temperature for a kid (this doesn’t happen too often – when soup arrives at the table it’s almost always like molten lava). Her soup and bread would’ve done her for dinner on its own without all the other stuff she had off everyone else’s plates. 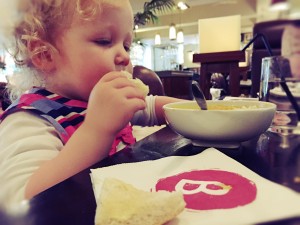 For dessert we ordered her the brownie and ice cream from the kids menu. It was a huge portion for a small child. It would’ve been enough dessert for me. The little lady probably ate about a quarter of it, and anybody who knows my little lady will know that she does not give up on her desserts! That only meant that I got to have some though. Bonus.

There were five of us including the little lady and our meal came to almost exactly £100. We never had any alcoholic drinks, but I still think that’s not unreasonable for four adults with a steak here and a bit of lobster there.

Browns food is great, the staff are lovely and very efficient and I thought the kids menu had a decent variety at a reasonable price. It’s also just got a really nice vibe: chilled out, but still a little bit fancy. I’d give it an 8 out of 10 for child friendliness. (It would’ve been a 6 had our server not been totally on the ball.)