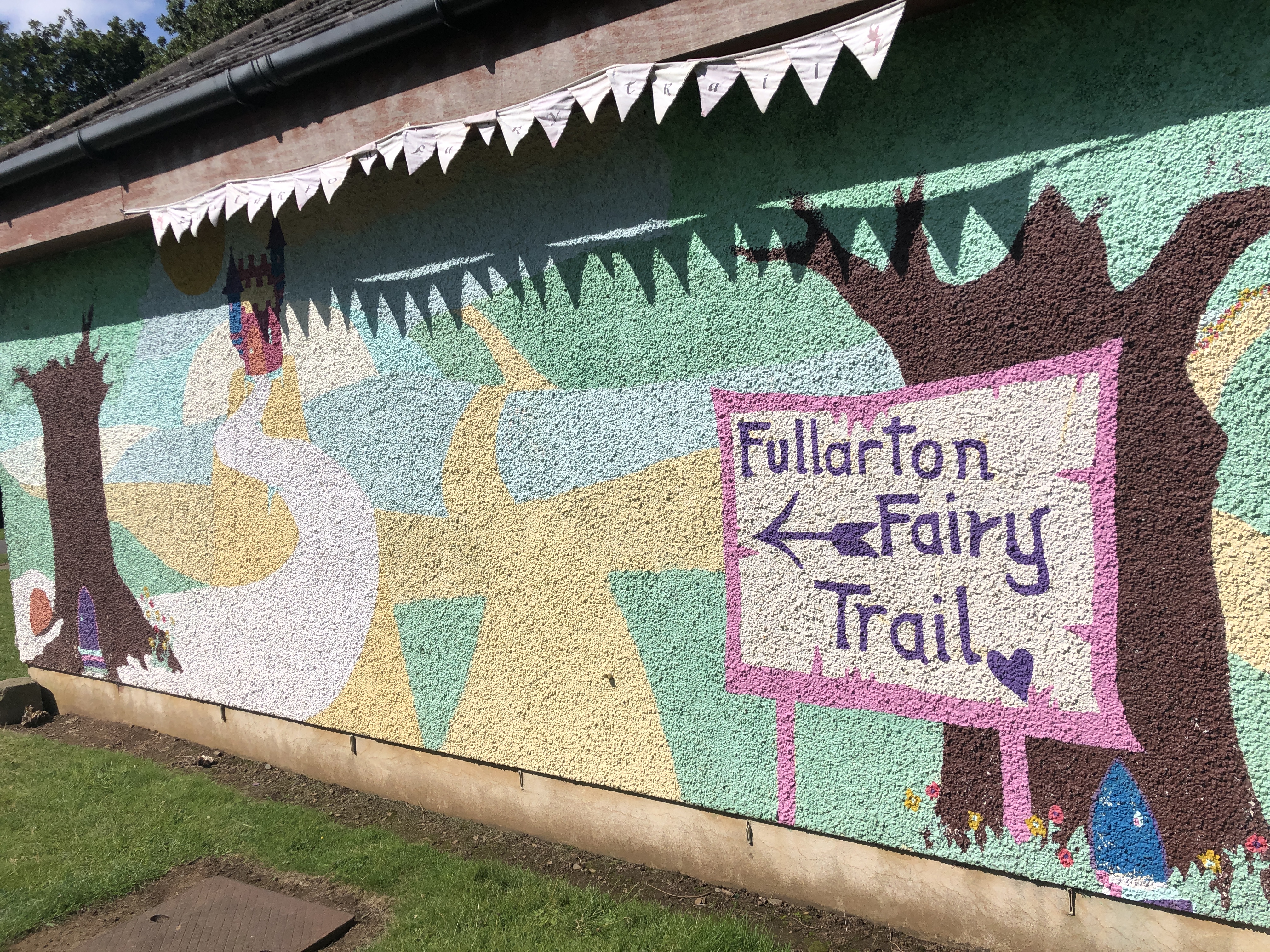 We had a great afternoon out at the Fullarton Fairy Trail the other day. I had heard about it from loads of folk but had never managed along before.

The Fairy Trail is a wee self led walk through Fullarton Woods. There are fairy doors to find and some wee carvings.

There’s also a dummy/memory tree. Here you can leave dummies for the fairies if your toddlers are all growd up & done with them. Or you can tie a ribbon round a branch to remember a lost pet or a family member. It’s a really sweet idea.

It’s a nice little walk, and an easy one for little legs. Buggies would be fine going round it but it will get a bit muddy if it’s wet. (Mine convinced me they needed to take their scooters which was not a good idea though.)

The trail took us about half an hour at 2 year old pace.

There’s also a nice wee playpark right at the beginning/end of the trail at the car park. It has some adventure play bits, climbing frame, swings, seesaw & some monkey bars. Both of mine had a great time in here.

Troon beach is only about 5 minutes drive from here too, so you can combo the fairies up with a wee trip to the beach.

When I arrived at the postcode I’d put into my satnav I was in a rugby club. I thought I’d put the wrong info into the satnav and had no idea where I was supposed to go. I had a quick look on the facebook page though and, panic averted, headed a little bit farther along the road.

The car park for the fairy trail is by the playpark right at the end of Isle of Pin Rd. Keep going past the rugby club & you’ll find it!

The Fullarton Fairy Trail is completely free. Parking is free too.

The Fullarton Fairy Trail is a really sweet little activity. It didn’t take us too long to get round it, but there’s a nice playpark at the end and Troon Beach is only a 5 minute drive away. A lovely wee afternoon out, and it’s totally free!

Fullarton Fairy Trail is located in Troon at the postcode KA10 7JS.