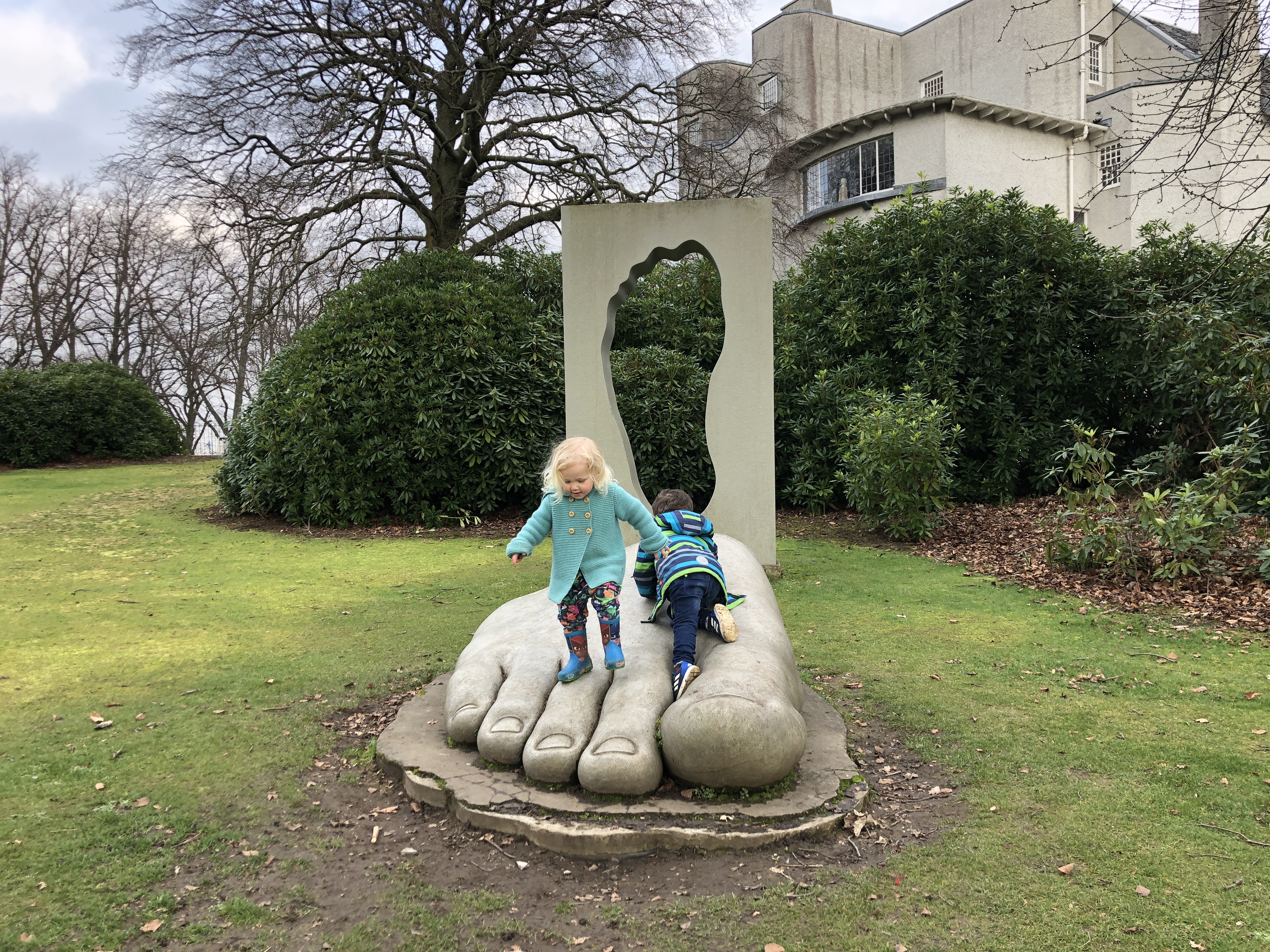 This is a tough time just now, being in winter lockdown. The cold cold temperatures and the icy pavements and the getting sleeted on every so often and the school work and the teams calls with classmates are also not really helpful in getting the kids outside because to be perfectly honest, most days all they want to do is have a(nother) jammie day.

However I see such a difference in everyone’s mood (mine probably more than the kids!) when we have been outside, so I have been trying to get us out each day to explore. All I want to do is head to the beach or up a hill or into a big forest, but we aren’t allowed to leave our council area. I really wasn’t finding the motivation to get us spending time outside for a while there, but a few weeks ago I decided I was going to try to visit every park in Glasgow over the next few months.

Finding the parks was the first issue. I know Glasgow has lots of parks, but I couldn’t find a list of them anywhere. I had a look on the council website and there’s a list of about 20; most of the big ones. There are articles all over the place saying Glasgow has more than 90 parks, but nowhere I could find that actually lists them all.

So I made my own list. I sat with google maps and looked at every park listed and every patch of green in every part the Glasgow city council area and I’ve come up with a list of 130 (ish – it’s still an estimate until I’ve been to them all) parks, gardens and patches of green. I know that some of these will literally be a patch of grass that barely gets used as a dog toilet, and some may not be anything at all (because it was really hard to figure out if some of them were even a park from google maps!) and I may have some wrong. Also I’ve included the few Necropolis that are in Glasgow because, honestly, my wee spooks love a wander round a graveyard. But, I’ll be updating the list as I go along so that in a few months it will be as accurate as I can make it. And I’m really hoping to find some new little gems that I didn’t know existed along the way.

I think we’ve been to about 30 of them over the past few years. But in the next few months I’ll be visiting them all and will report back with which are great, which are hidden gems and which are really just a place for your dog to have a pee.

I’ve made the list alphabetical in an attempt to make life a little bit easier, but I might add the general location of each park into it as well if I get time. I’m hoping to eventually have a map with all of them on it, but for now, with no further ado, here’s the list. How many have you ticked off?

4 thoughts on “Glasgow’s One Hundred and Something Parks”