The little lady really loves to climb. Walls; fences; frames; poles; rocks; trees; the wrong side of the bannisters on flights of stairs; everything that she can possibly climb. The higher and more precarious the better. I frequently have to just turn away when she’s on big climbing frames in playparks so that I can unclench and breathe.

Anyway, I’d heard about the kids climbing zone at The Climbing Academy from a few different friends. We’d been along to the parent and child climbing sessions (see info here) a few times when the little lady was much littler. But this was before they had the kids zone, so we hadn’t been along for a good while. I thought that the dedicated kids climbing area might be something she’d really enjoy, so we went to see what it was like. 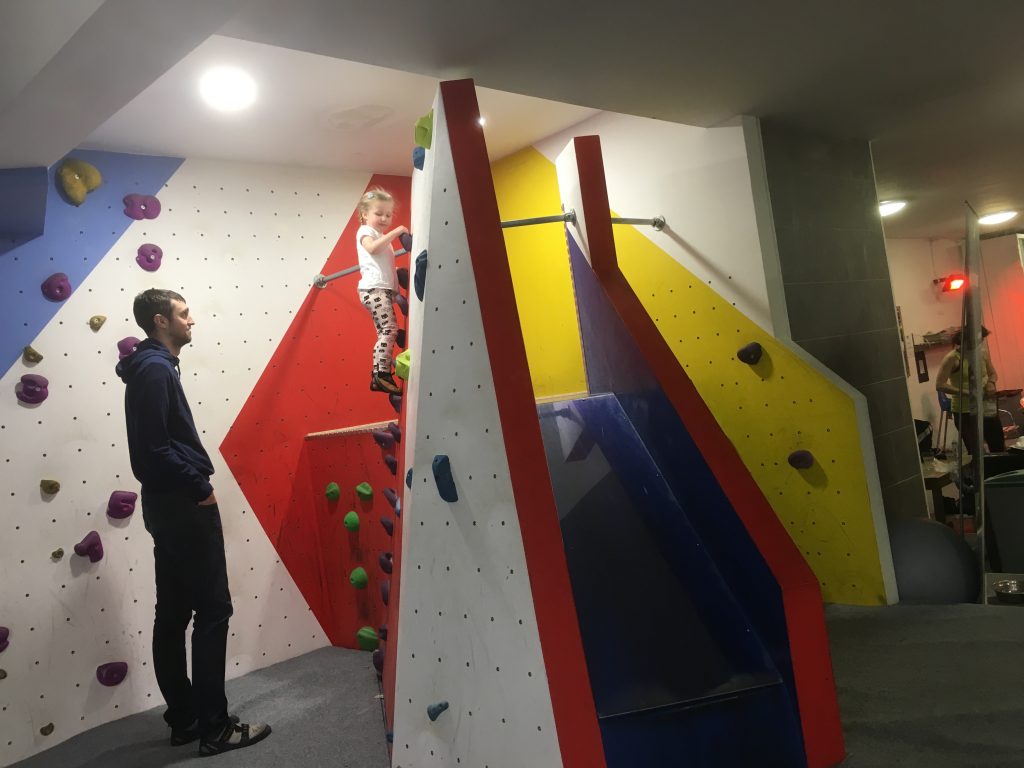 The kids climbing area is a separate zone from the rest of the climbing walls. (Young kids aren’t allowed in the main climbing area – the walls are pretty high so it’s entirely understandable.)

In the kids climbing area the walls are a good bit lower than in the main climbing area. There are lots of different routes for kids to have a go at, all colour coordinated as you’d expect. Route difficulty levels range from very easy to pretty hard, on various inclines. The little lady usually just chooses whatever colour happens to be her favourite on a particular day and goes with that one. They have a few routes where the holds are shaped like numbers. She is a big fan of those ones.

There is also a little slide that kids can climb up to. There are a couple of ways to climb up. It’s not high though, so it’s quite easy to get up to. The first time we ever went along this was the only thing she wanted to do. But doing those few easy wee routes up to the slide gave her the confidence to do lots more when we went back the next time.

Parents have to supervise, as you might imagine. There is a little bench area though, should parents really need a seat. 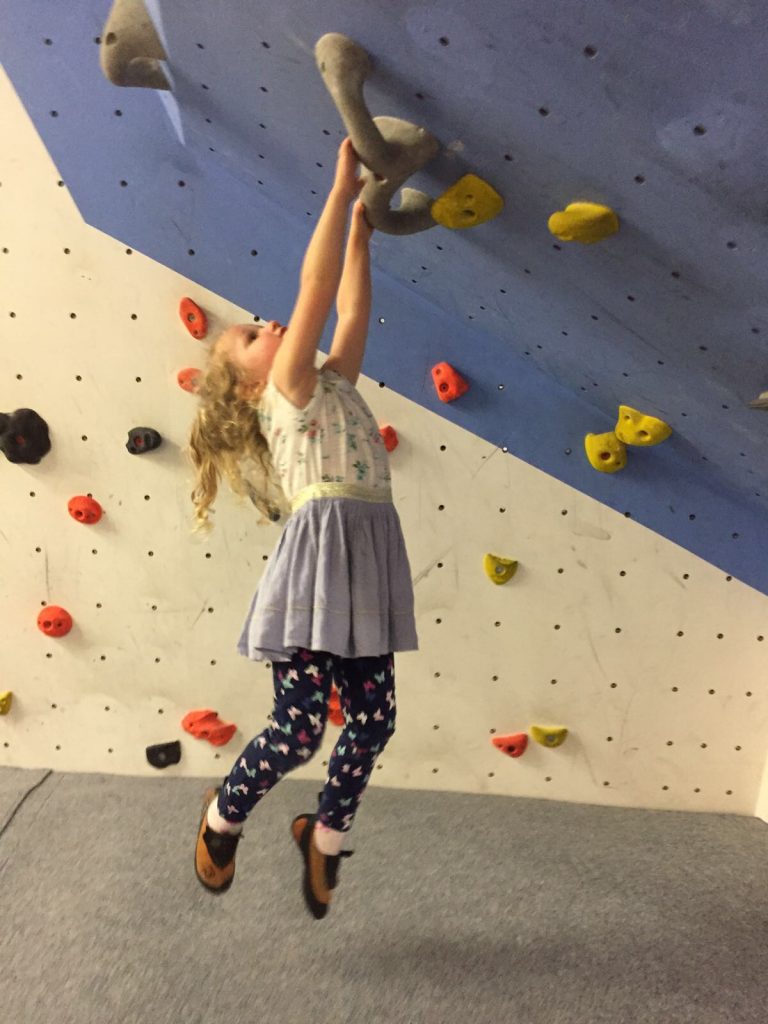 The cafe serves up hot and cold drinks, cakes and bakes. Plus toasted sandwiches and pizzas. I’ve only eaten in the cafe once and it was pretty nice.

You’ll need to fill in a form for yourself and your kid, and watch a safety video when you arrive if you haven’t done it before. You can fill the forms in online prior to your visit – one fewer thing to do with an impatient kid waiting beside you… 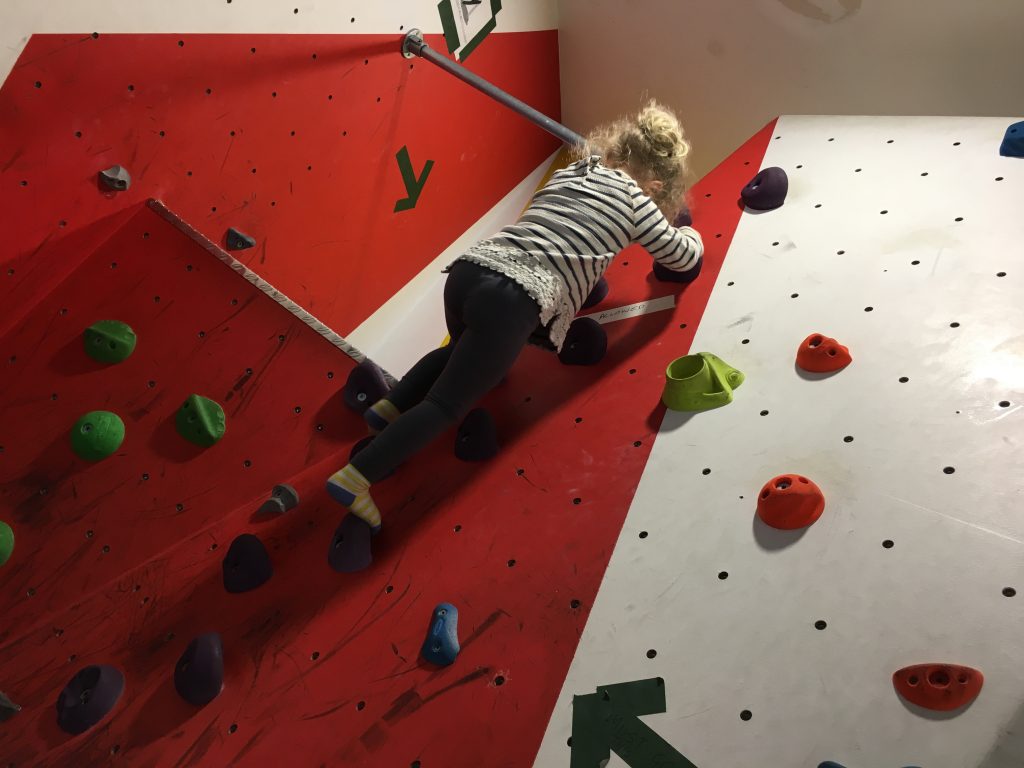 Kids get little climbing shoes to wear. They don’t need to wear them, though it does make climbing a bit more comfy. The little lady was particularly offended by them the first time we went and refused to put them on. She has since worn them successfully though.

It’s £5.50 per child. Adults don’t pay if only accompanying a child. 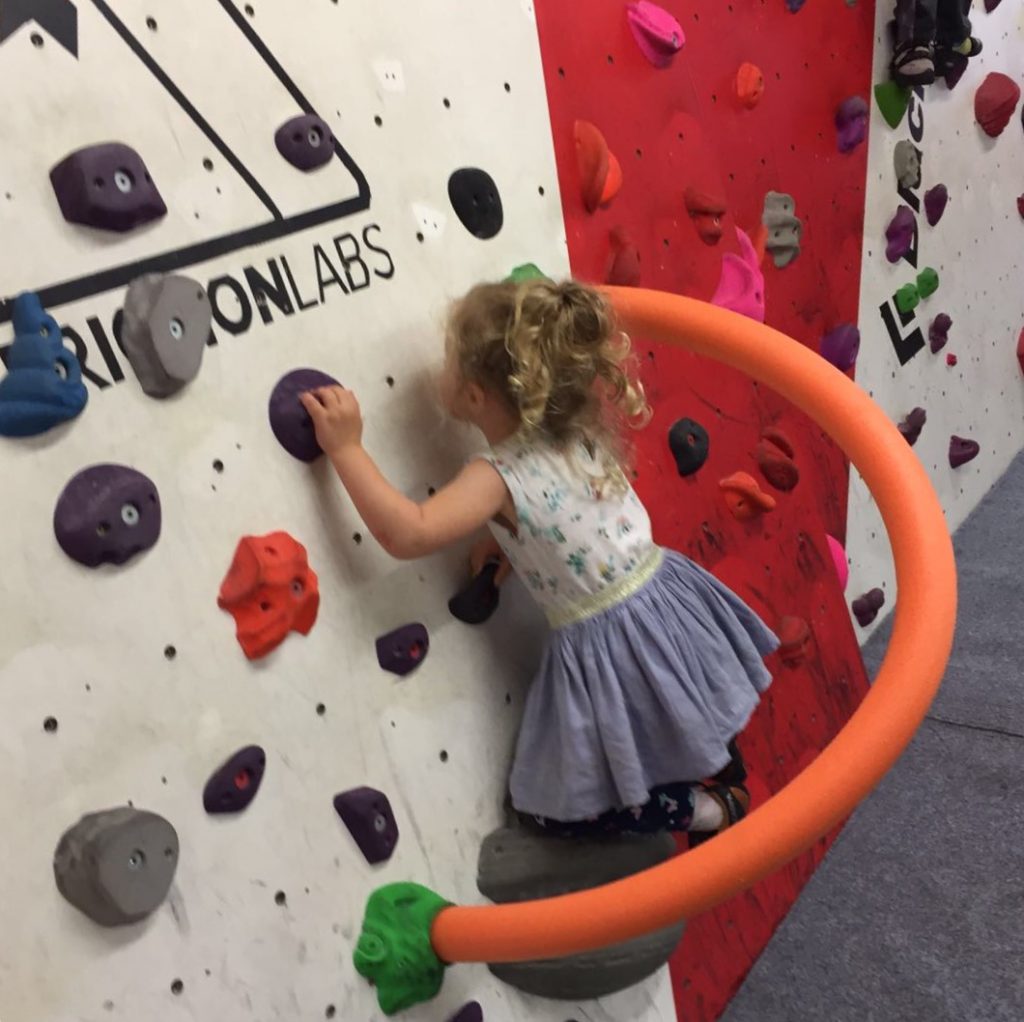 We’ve been more than a handful of times now to the kids climbing area in The Climbing Academy. Every time the little lady gets more confident, climbs a bit higher or chooses a different route. When we haven’t been in a while she asks when we can go back. She rarely asks to go anywhere specific so that’s definitely a good verdict! Also our now 9 month old little man’s favourite thing is standing, and since there are plenty of walls to use he’s a big fan too… 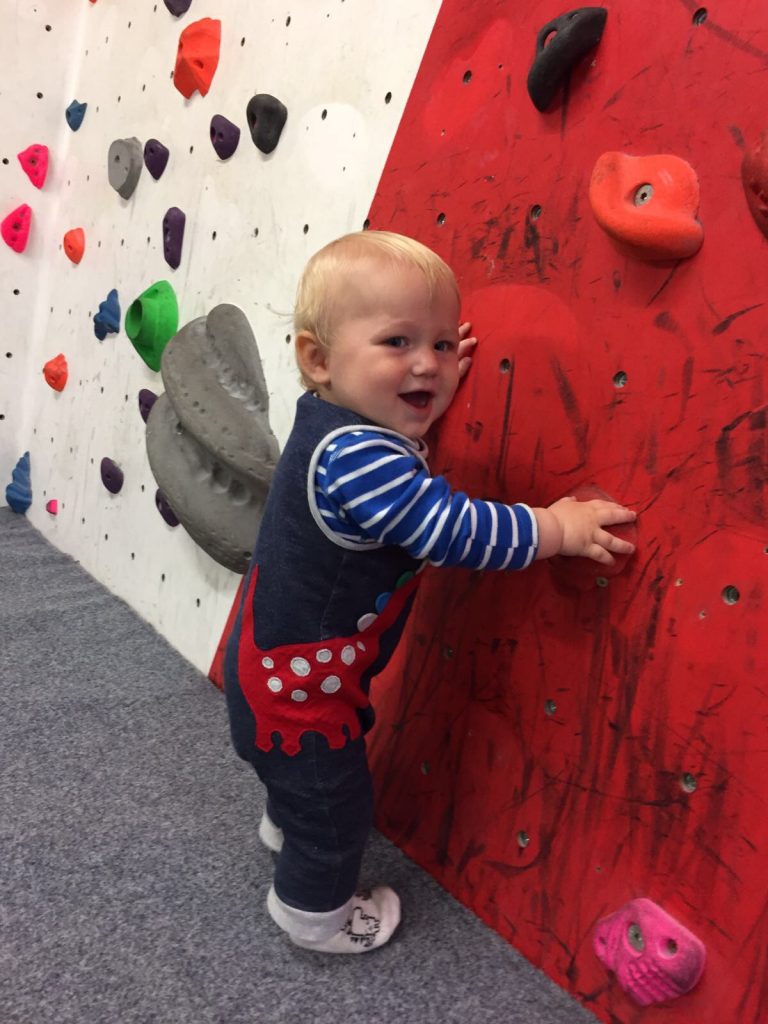