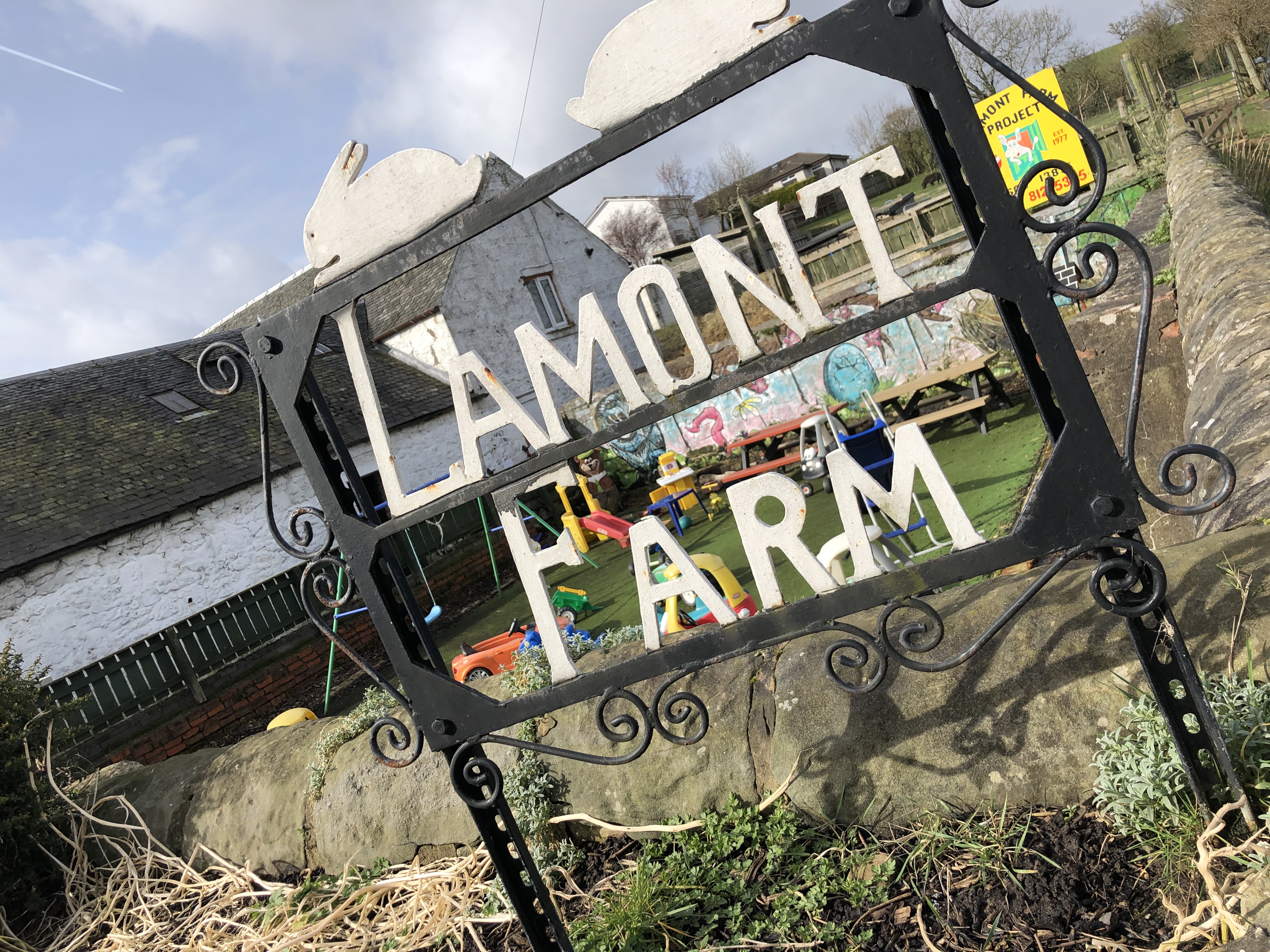 We were out past Glasgow Airport a while ago, and on our way back we were going through Erskine. I remembered that Lamont Farm Project was out near there, so I decided to pop along with the little man to say hi to some of the cute animals, and for a wee play.

Lamont Farm Project is such a sweet little place. It’s an animal welfare centre in Erskine who rescue and rehome animals of all sorts. Some of their animals are permanent residents, but some are only there until a good home has been found for them.

When we visited we saw pigs, sheep, llamas, horses, ponies and ducks. In some of the indoor areas we saw some rabbits, quite a few friendly kitty cats (the little man’s favourite) and some reptiles too.

The staff here are great. They are more than happy to let you meet some animals if you’d like to. The little man wanted to meet a bearded dragon so we asked the staff and they brought him out and let the little man see him up close.

(I didn’t get a photo because I was too busy trying not to let the little man poke it in the eye at the time.)

There’s also a little play area with ride in cars, a see saw, a couple of wee slides plus some other toys. I’d say they’re very much all toddler/pre-school friendly.

There are a couple of picnic benches in here too, so if your small humans are asking for a snack (my kids’ most used phrase by a mile) there is a place to sit. It’s outdoors though, as is almost the entire place, so prepare accordingly!

It doesn’t look like much when you arrive, but it’s a really sweet wee place to spend an hour or so.

The little man would’ve been happy to go round and see all the animals about 5 more times. He was raging we had to leave for school pick up!

Lamont Farm Project is completely free to visit and wander round. They do have a donation box though that you can pop a wee something into if you so wish.

Lamont Farm Project is very small and very rustic, but it’s a great place to spend an hour wandering round and seeing some cute animals. It’s totally free (though you can leave a donation for the charity) and the staff are great. The little man really enjoyed it here, especially patting the friendly cat and the rabbits. Sweet little place.