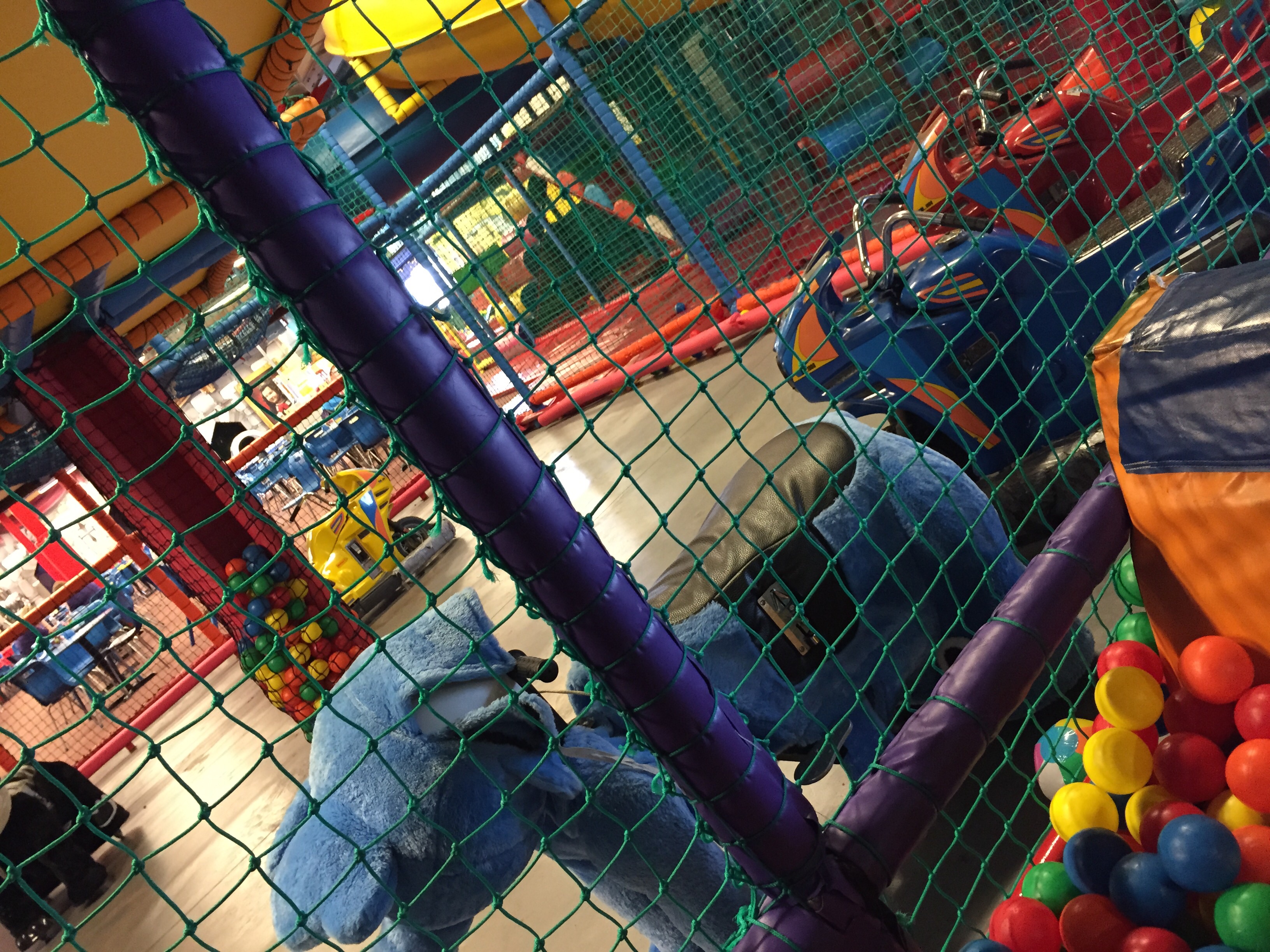 We were over near The Forge recently and decided to check out Play Kingdom soft play while we were around.

(I’ve managed to delete and lose all but one of my photos from this soft play. Apologies).

The main play area is a reasonable size. There are a few levels for them to run around in and there’s a big ball pool and some bits to clamber and climb through. It has one tunnel slide and a really steep and fast ‘regular’ slide. It does have quite a few dead ends around the place, more than I’ve noticed in other play areas. Both my husband and I felt it wasn’t particularly well thought out. But nothing that bothered the little lady.

They have some go-kart things too that look pretty much like baby dodgems and motorbikes dressed up as animals. They cost £1 for a go. (These are what my one remaining photo is of).

There’s also a toddler area with quite a big ball pool in it and some big soft blocks, some of which acts as stairs and a slide. No proper slides or climbing frame in there, but the little lady enjoyed clambering around in it.

It was really early in the morning when we were there and we didn’t eat, so I can’t actually comment on what the food was like. But they have a really extensive menu, for both kids and adults. It’s probably the best menu I’ve seen in a soft play.

The one thing I’d really like to comment on is the staff. Most of them were friendly enough, but the older woman at the front desk was utterly miserable, and downright rude. She pretty much ignored us when we first went in because she was busy looking at her phone. I left for about 20 minutes and came back in again (don’t worry, the little lady’s daddy was there). When I came back in she finished a long conversation with a colleague before she even looked at me. And she never spoke a word to any of us in any interaction (quite impressive when you think about it) or cracked anything near a smile at any point.

Play Kingdom was clean and had enough to entertain young kids for a good while. It does seem to be more geared towards kids parties as a lot of space is taken up by party tables. Not that this bothered the little lady at all – she had great fun. If I were to be completely honest though, there are a lot of other soft plays around and having been to a bunch of them, there are more than a few that I’ve liked better. It’s unlikely we’ll be return customers; 25% because of the play area, 75% because of the cranky lady who totally put me off the whole thing.