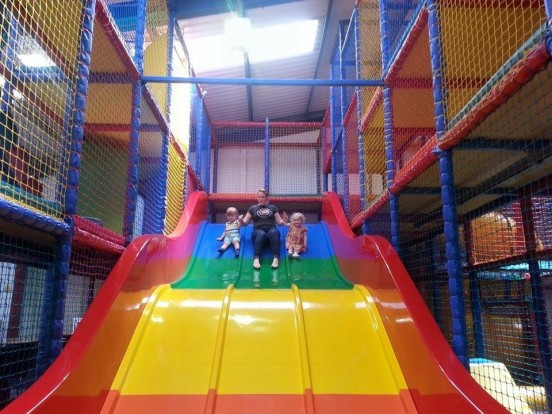 We took a wee trip out to Bishopbriggs to meet a lovely mummy & toddler friend last week, and thought we’d all check out Play Town Soft Play whilst we were there. 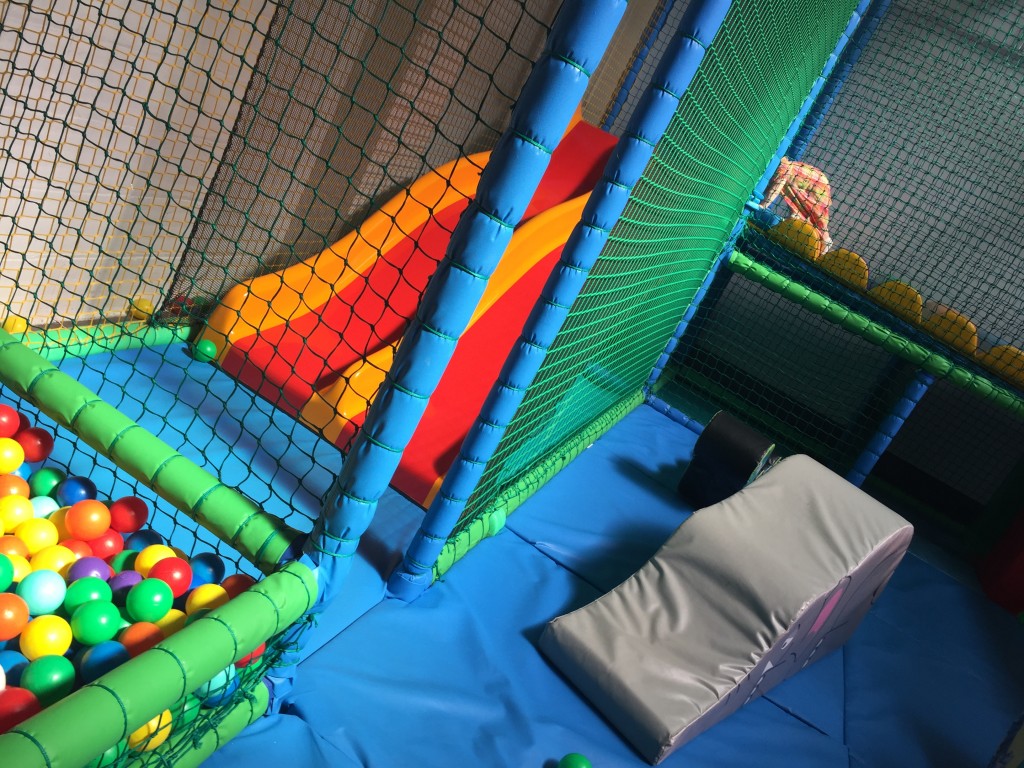 The baby/toddler area is pretty good. There’s a little ball pool, quite a few toys, a soft see-saw & an area to clamber up & round to get to the slide. It’s easy enough for a toddler to get round, and there are plenty toys to entertain a tiny tot too.

The main play frame is great. There are 3 levels with bits to freely run around and a couple of slides, one of which ends in a big ball pool. There’s also a mini flying fox & quite a few different bits to climb around. 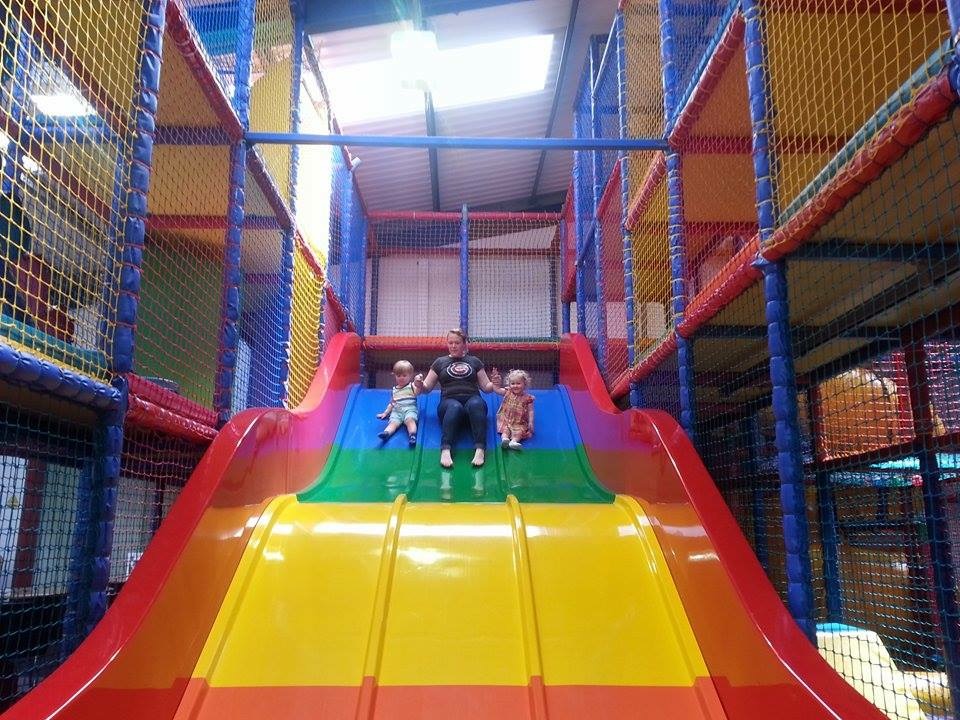 This was the first time my little lady ever wanted to play by herself in a soft play area :’-( so it gave me a slightly different perspective than I’ve had before. (I know, I’m becoming ever more obsolete with each passing day.) Anyway, the play frame is not huge, but a toddler (well, most toddlers – at least ones who haven’t the climbing abilities of Spiderman) can run around the different levels without getting to the big slides. That meant I could sit and have a chat, obviously whilst paying attention. It also meant that I could actually unclench a little and let her run around without worrying too much. 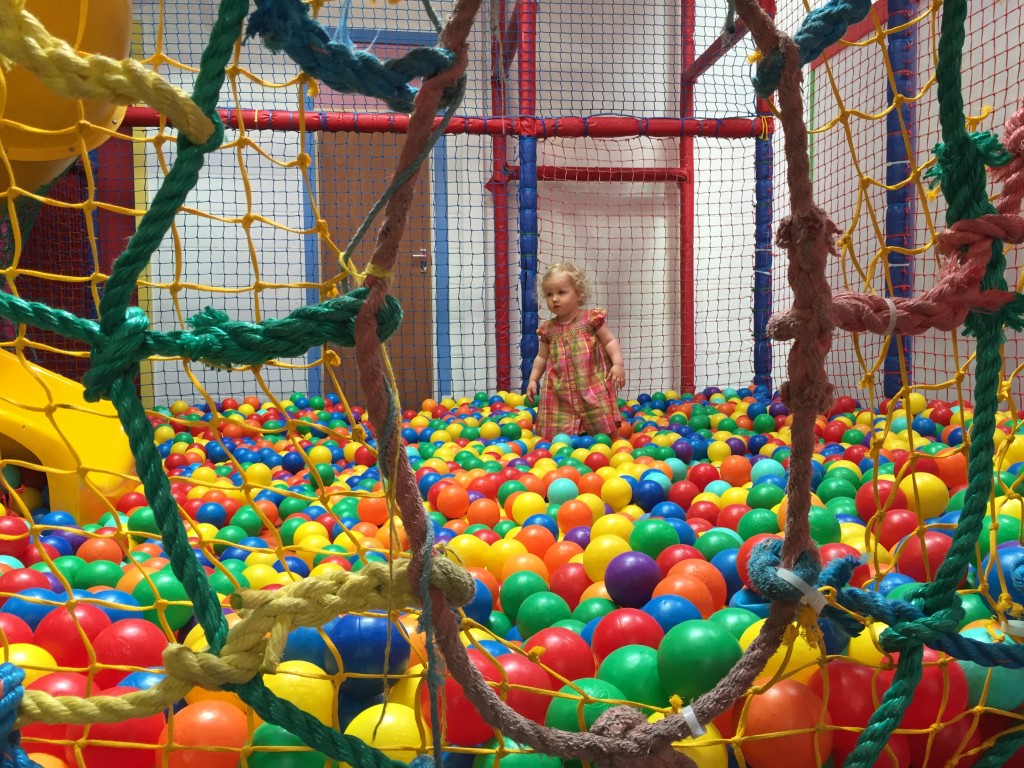 It was quiet when we were there. But it was a midweek morning when schools were in so that’s not surprising!

The food is pretty standard soft play food – there’s sandwiches, toasties, paninis, potatoes, soup… The usual suspects. The kids menu is not what I’d like to see, but I say the same thing about pretty much every soft play we go to. We had a panini, which actually was quite nice. It’s pretty reasonably priced too. 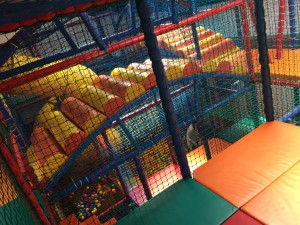 It was the perfect soft play for the toddler at this age (21 months). It was clean & the staff were friendly. I actually really liked it, and so did my little lady!