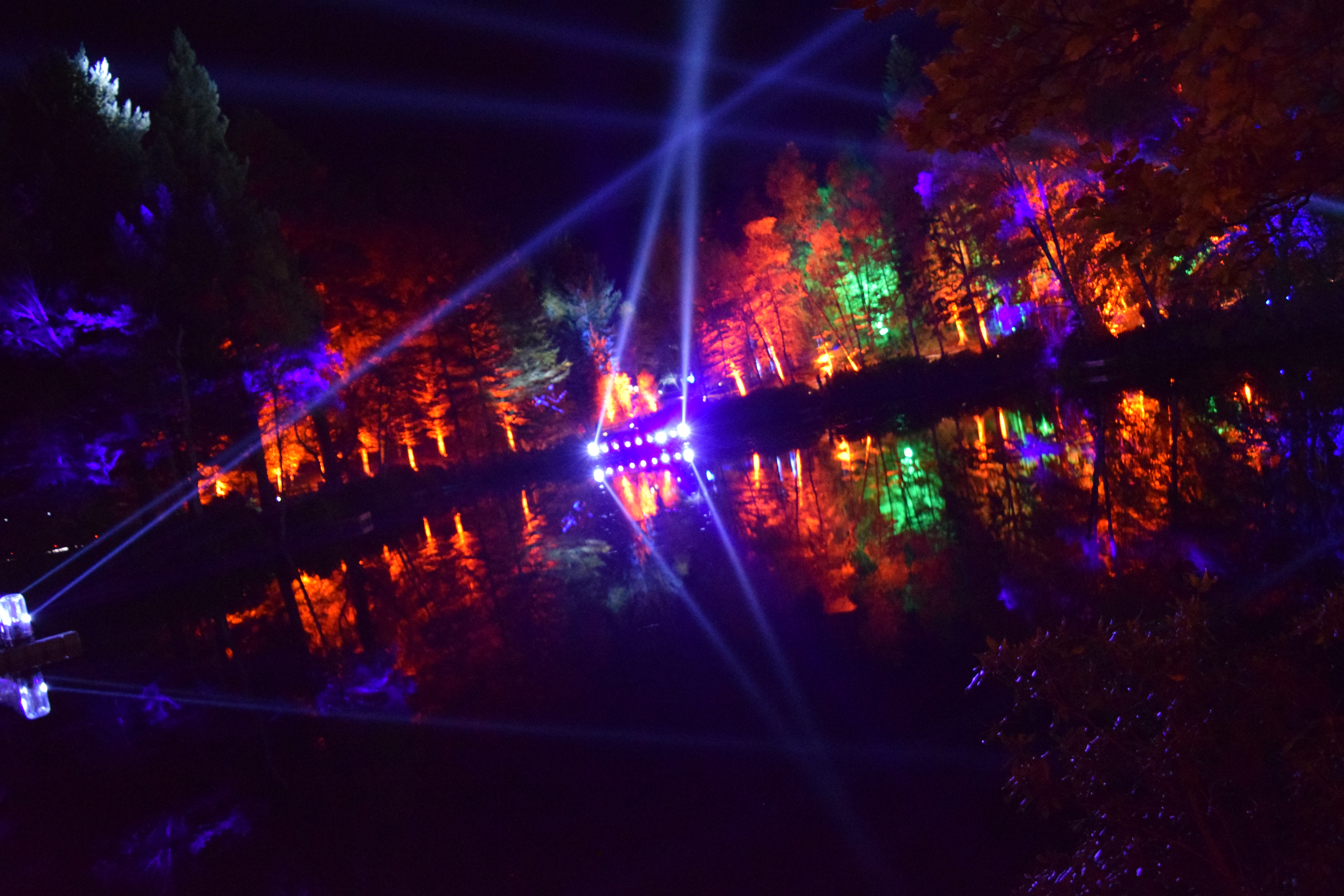 The Enchanted Forest in Pitlochry is about 2 hours away from Glasgow and not normally within my circumference of review writing. However it’s an annual event and it’s hugely popular (and completely sold out for this year) and we enjoyed it so much that I thought I’d do a wee bit on our trip there with the toddler.

We took a little road trip to Loch Rannoch and Pitlochry for a few days at the weekend. The main thing we were doing was going to The Enchanted Forest; one of Scotland’s growing number of outdoor light and sound experiences. (There’s one in the Botanics if you’re interested – The Electric Gardens. It’s on from the 13th of November until the 6th of December.) 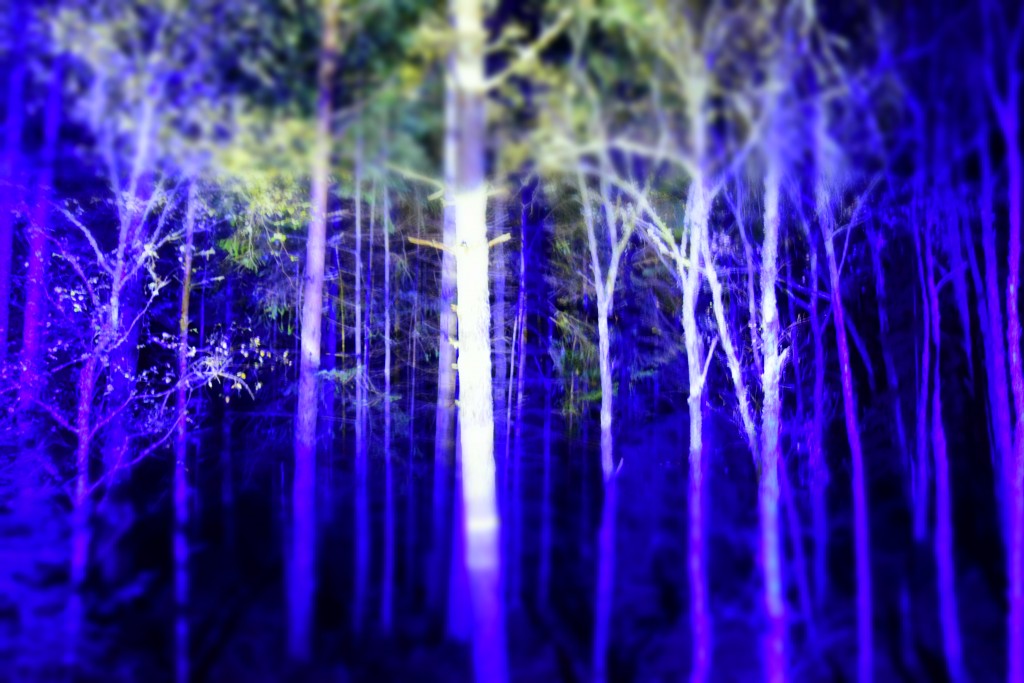 Pitlochry’s takes place in Faskally Wood, to which a short shuttle bus takes you from the town. This year’s show is called Flux: illuminating nature. The show uses the stunning woodland in Faskally Wood as a canvas for a massive outdoor light and sound experience. There are quite a few different parts to stop at and watch; patterns of lights everywhere, a light show on the other side of a loch, aerial artists performing over the loch and amongst the tree tops, a beautiful rainbow bridge. In some parts, the lights and music together made it seem like the trees were having a wee dance!

Honestly, I’m not really one for delving into the meaning behind any form of art unless said meaning is totally obvious. I just don’t get lots of it (or I don’t like it). Either way I’m not ‘arty’. But this was different. Although I’m sure there was a much deeper meaning behind the various installations, you could really enjoy it without having to discuss what the artists were trying to portray. I’ve never seen anything like it before. It was absolutely stunning. 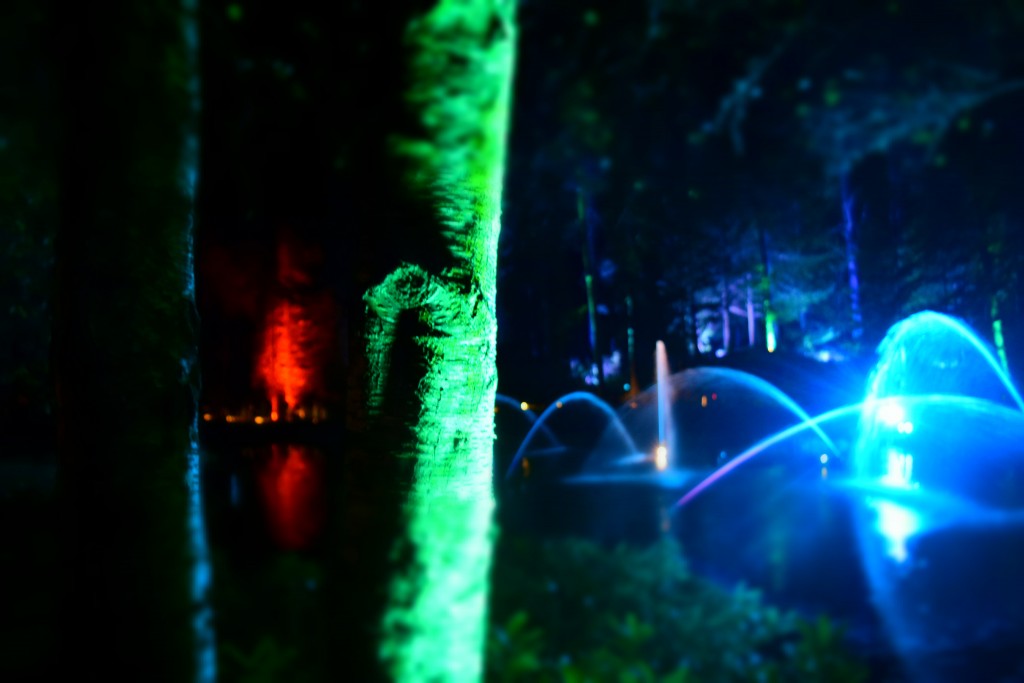 The little lady had 2 favourite things of the whole evening. First was the aerial artist performing up above the loch. She was utterly transfixed for about 10 minutes. She never stands still for that long and most certainly never ever stays silent for that long. But she stood there, completely still and silent, watching the entire performance. I thought she might have fallen asleep standing up; but no, she was actually just enthralled.

I’ve since considered employing someone to do some aerial stunts in our house when she’s in need of entertaining, but it seems they can’t be booked at short notice…

There were a few different shops around the forest. One sold souveniers and stickers and glowsticks; the others sold mulled wine, hot drinks, hot dogs and other bits of grub. The mulled wine was pretty damn delicious.

I wouldn’t say it was particularly child oriented: I’d expected it to be more so because of recommendations from people who’d been in previous years. Yes, they had storytelling yurts, but these were only on a certain times and perhaps weren’t the most toddler friendly. 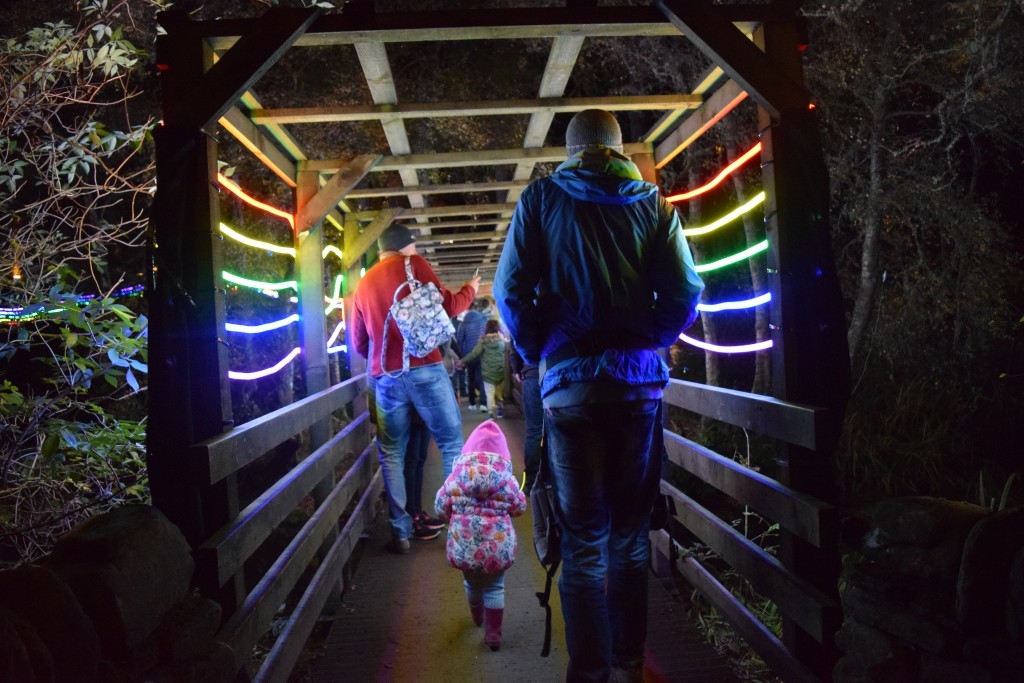 In saying that though, the little lady did enjoy herself. She just made her own fun with a rope barrier and some glowsticks.

We were told it takes about 40 minutes to walk around the wood and to experience the entire show. I’m assuming that’s based on an adult walking round it because it took us about 2 hours, inclusive of a mulled wine and hot dog break. That wasn’t a bad thing though. There was so much to experience that we stopped a lot to watch what was going on. Lots of people went round a few times, but the little lady was done after our first lap. 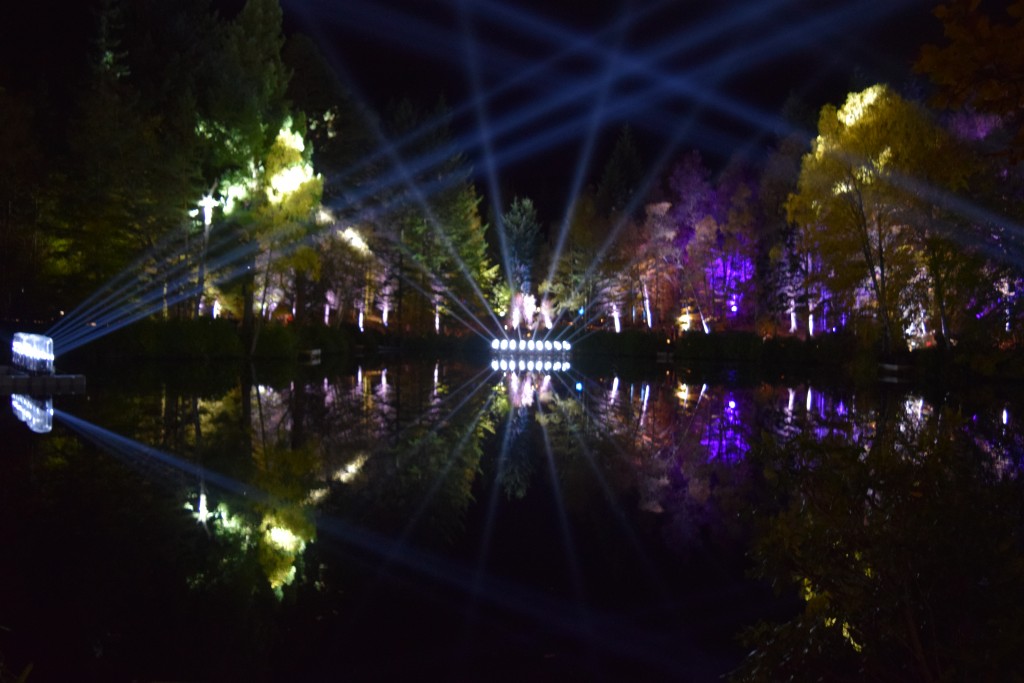 It was extremely well organised. Everything from the ticket sales to getting on the shuttle bus to being directed around the show. I never once wondered where I was supposed to go or what I was supposed to do.

The shuttle buses leave from just outside the Fishers Hotel in Pitlochry. You can have dinner in there beforehand but I’d advise booking in advance as it was pretty packed. They were doing a pre-theatre style menu and kids ate free. It wasn’t michelin star or anything, but it filled a hole.

I loved the show. My husband liked it, although I think he might have enjoyed it more had the little lady been interested in the show itself. She had a great time though, wandering around with her glowsticks and attaching them to herself and to anything else she could find. All in all, we had a lovely family evening out. 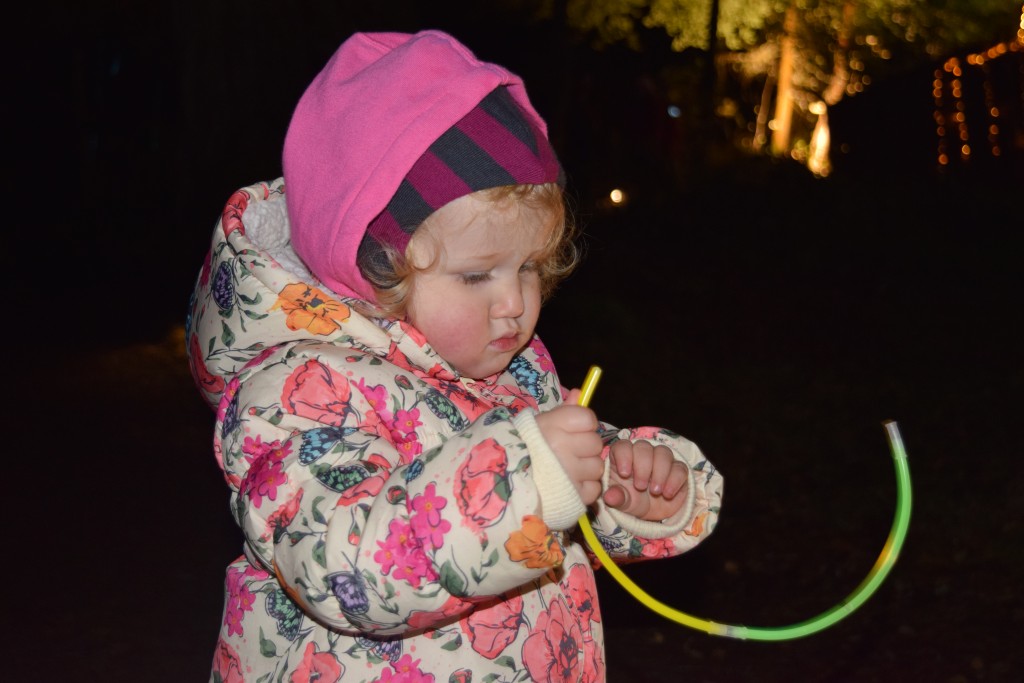