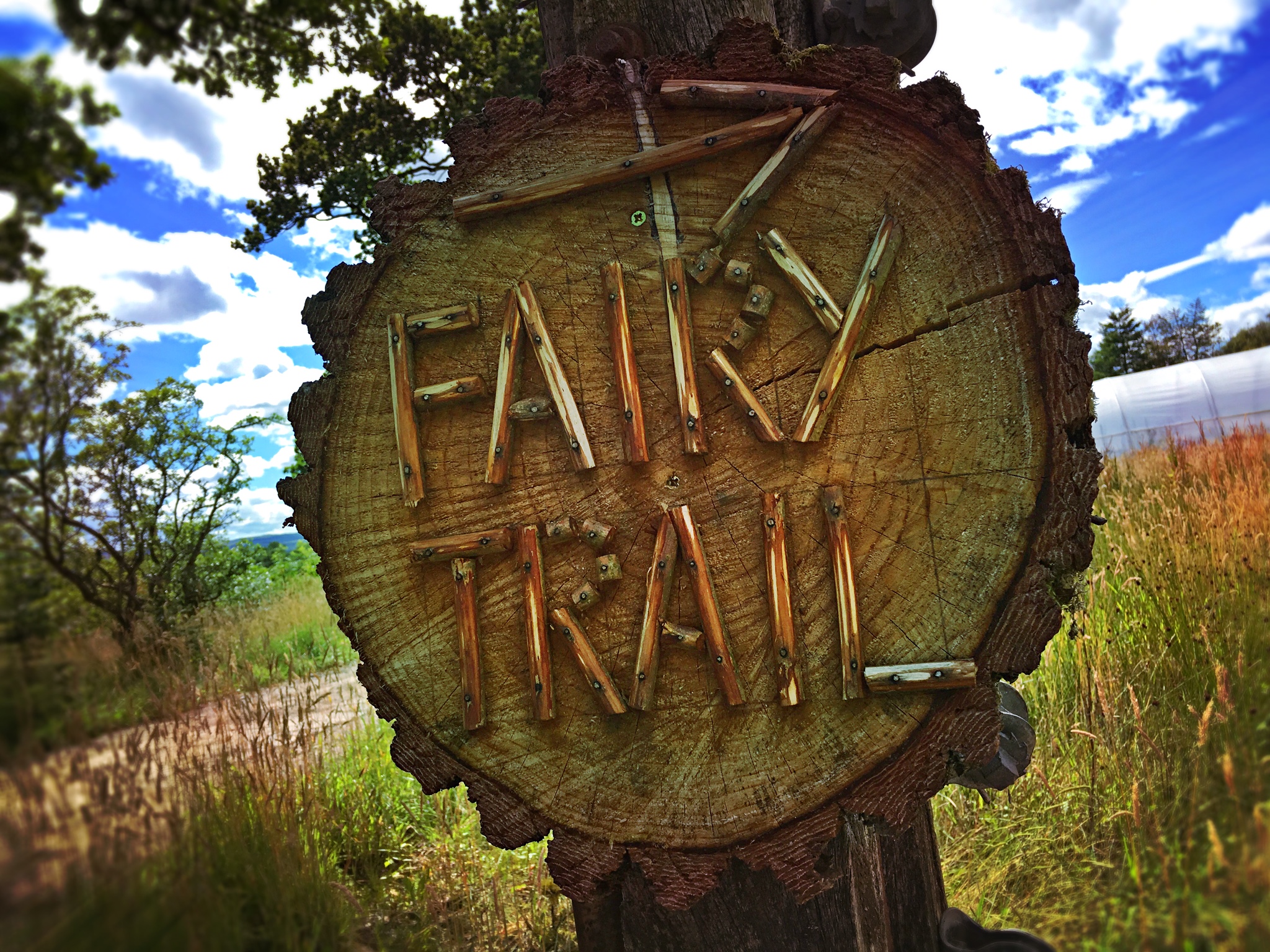 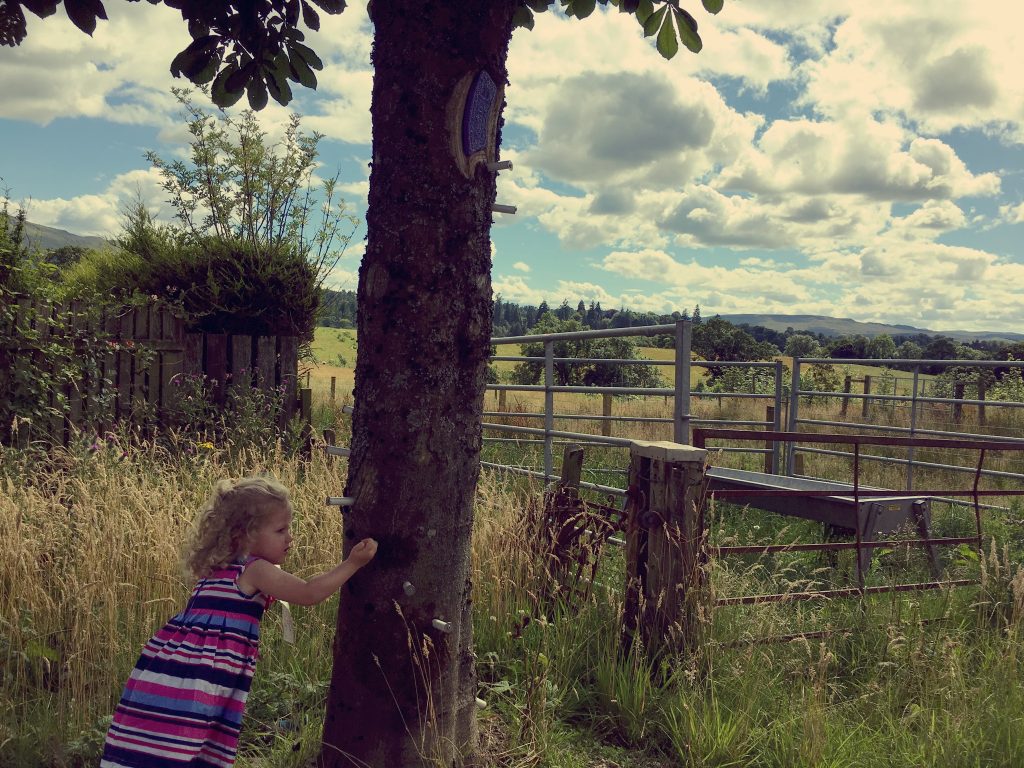 We headed along at the weekend, just the two of us, and had some really nice mummy daughter time. We managed to choose a beautiful day for it which probably helped, but it was such a sweet and well thought out activity for kids.

The experience starts as soon as you get into the big barn building at reception. A lovely young gent with fairy wings on the back of his head gave us a map of the fairy trail and explained exactly where we were to go. (Despite that I still managed to go the wrong way at one point, but that was due my awful map reading skills.)

First you make your way round to the fairy village where you meet the biggest fairy in the forest inside his hut. You can find out your own fairy name there and write a question or little note to post in the tiny mail box for the fairies. You also collect your little clipboard with activity sheet here; on your way around the fairy village there are some things you have to find. If you find them you get a little prize at the end.

The fairy village has loads of little fairy houses with some really cute and really fun bits to see. There’s a wishing well; a wishing tree; little bridges to cross; gnomes to see; chimes placed throughout the village. 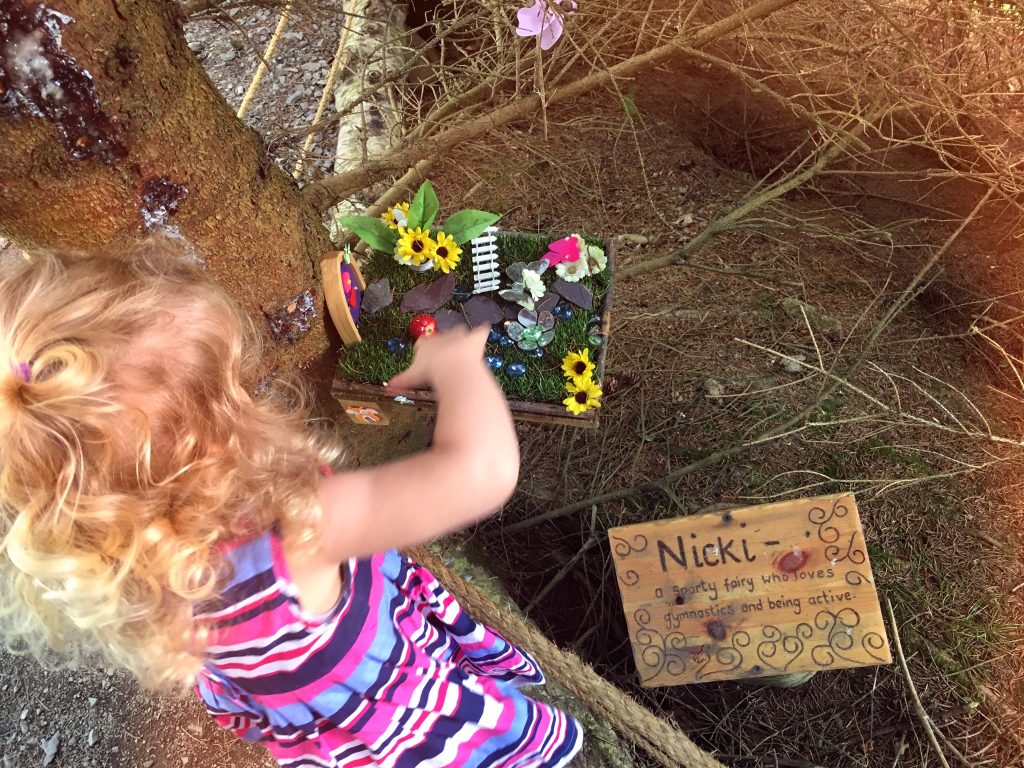 Each fairy door is different. They have their own numbers and there are little trinkets at most of the fairy houses (that the fairies collected for themselves, obviously). Some of them also have a name plate with the fairy’s name and a little bit about what that fairy likes.

Most of the fairy houses are in the fairy village but there are also a few dotted around the woodland walk that comes after the fairy village. The walk isn’t too long and there some bits you can cut out if you want to head back to the barn. 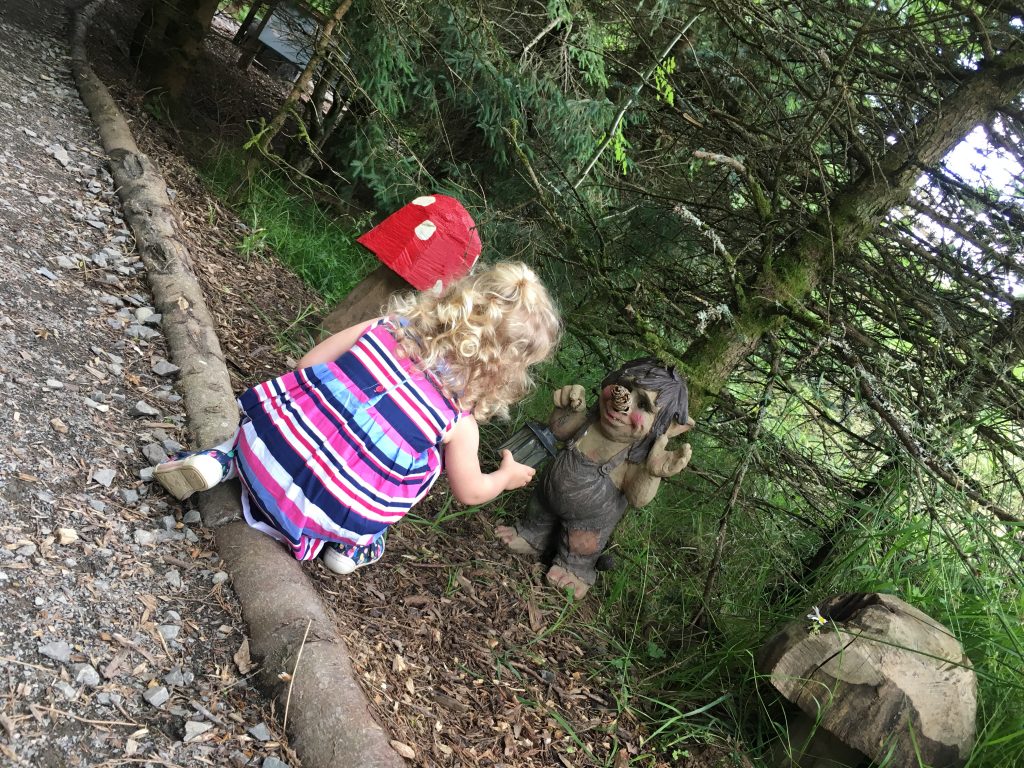 We had a standoff at one point during the woodland walk when she decided she’d had enough walking. To be fair to her it was a hot day, so she ended up on my shoulders for the last bit of the walk!

The little lady was so excited by the fairy houses. She knocked on every door (the fairies were all either asleep or at work unfortunately). She examined every trinket. She jangled every wind chime and spun every windmill. 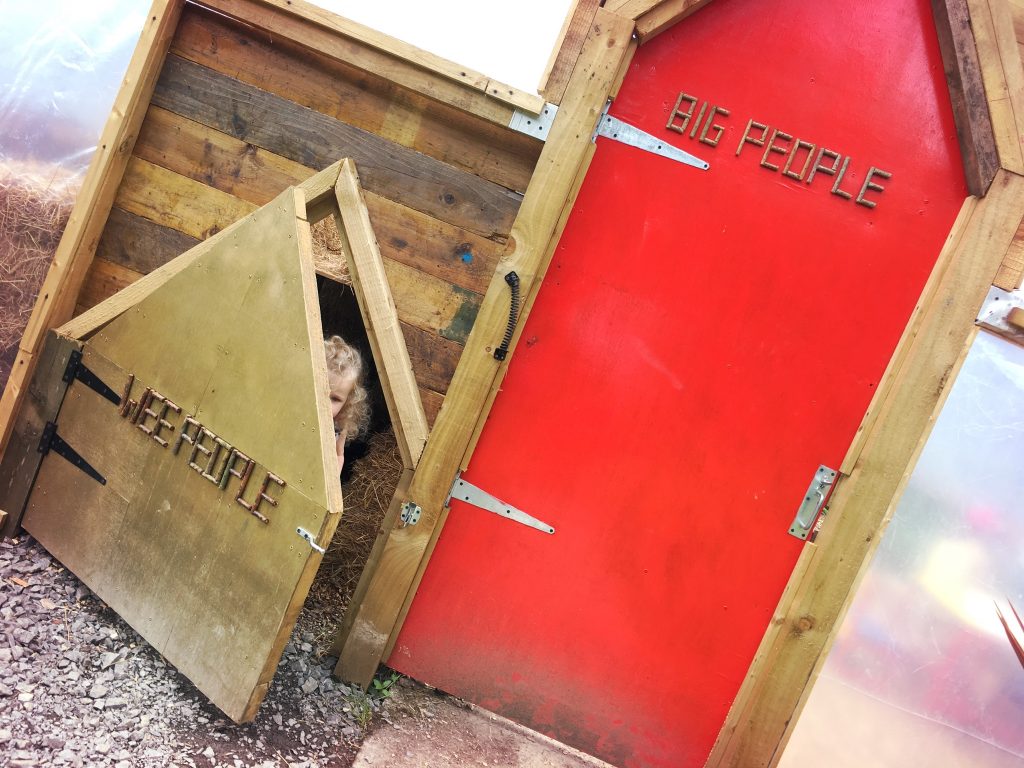 When you get back to the barn at the end you can have a seat, do a little colouring and have some free tea/coffee/juice. You can also pick up your prize.

It was £8 for the two of us; £4 per person. For that you get your trip around the fairy trail to the fairy village, an activity sheet to complete on the way round, tea/coffee/juice at the end and a little treat if you complete the task that the big fairy sets you before your visit to the fairy village. 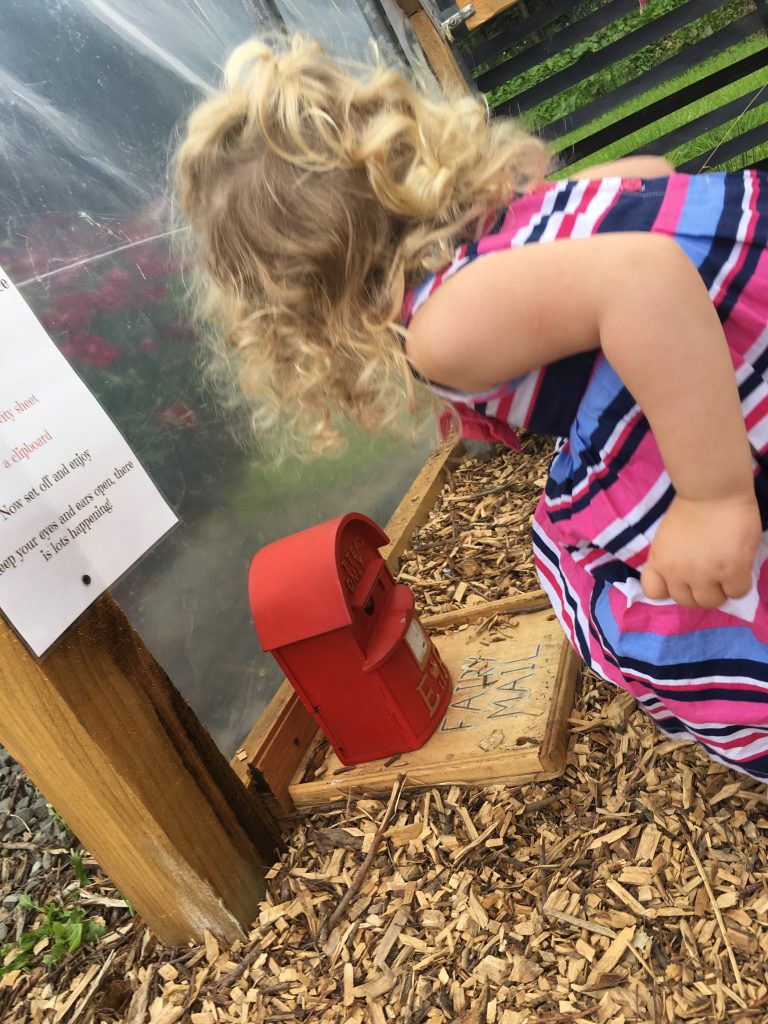 It was around a 40 minute drive for us in the mid-afternoon. It is easy to find though and is quite near Balloch if you wanted to make a wee day of it. There’s plenty parking available. 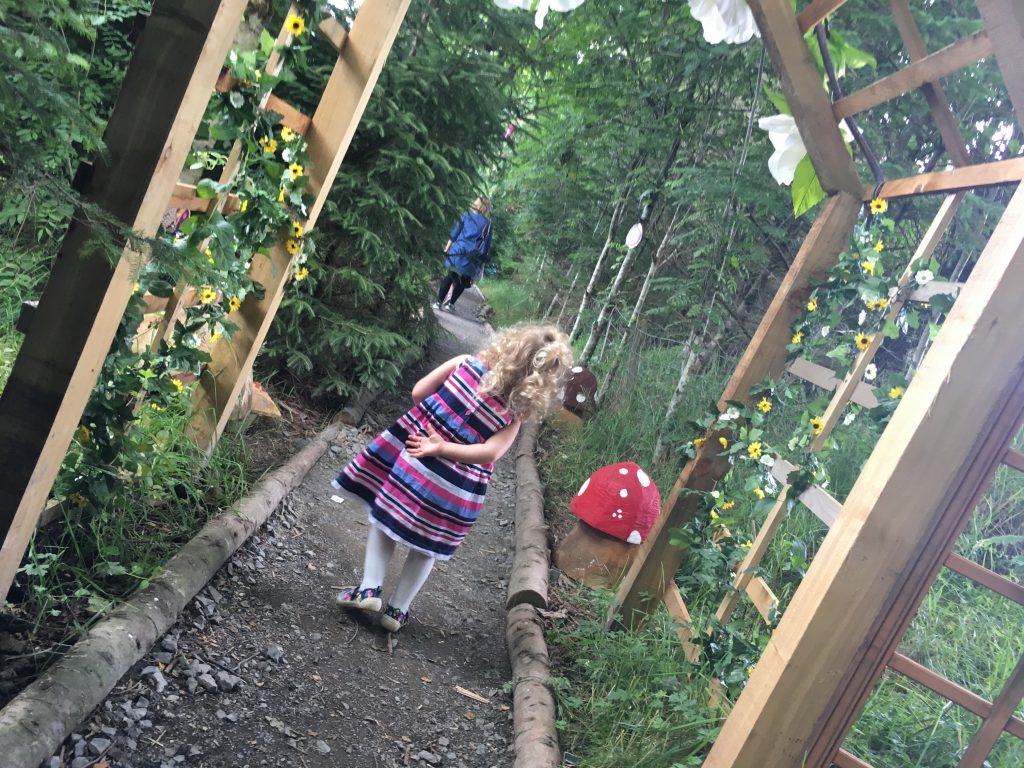 There is a buggy park at the entrance to the fairy village. The paths around this part are quite narrow (it is built for and by fairies after all) and I don’t think you’d get a pram around there very easily.

Most of the woodland walk (after you visit the fairy village) is a loose stony path. We didn’t take ours but I did see a few people wandering round with prams and they looked like they were doing ok! I think it’ll just depend on your style of pram whether it’ll be easy or smooth to get around. 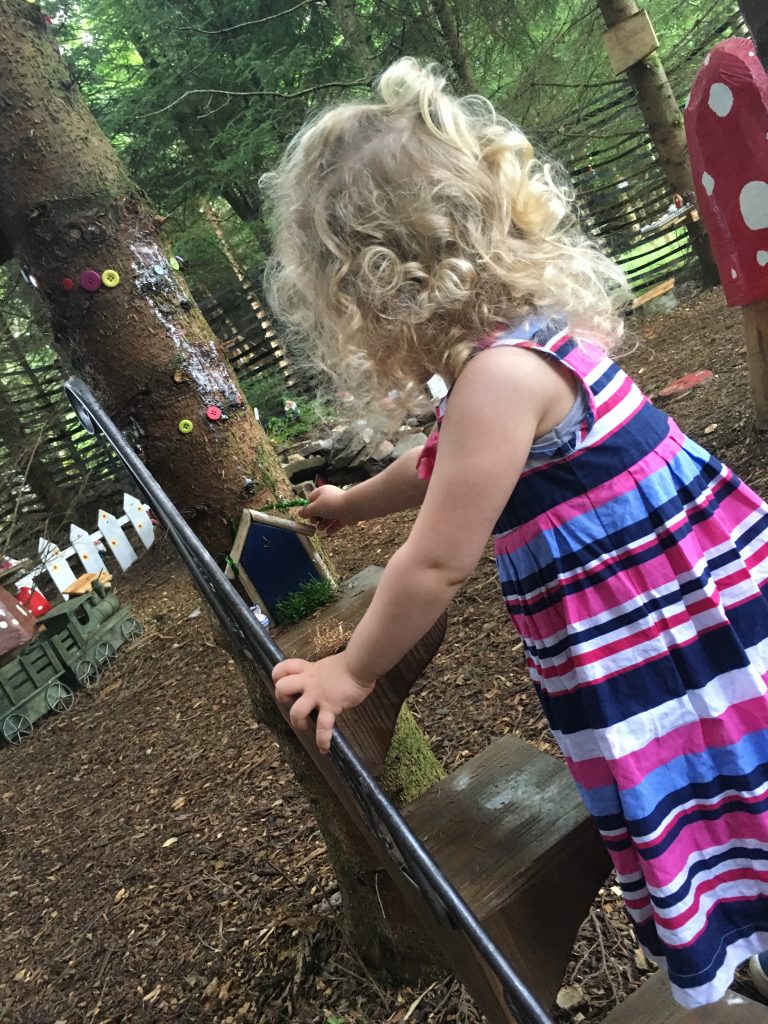 The whole Woodland Fairy Experience is really nicely done. The little lady had a great time and she loved everything about the fairy village. It was a really magical experience for her.

For us, because she had such a great time, it was worth the drive out. And it’s not too expensive when you get there either. 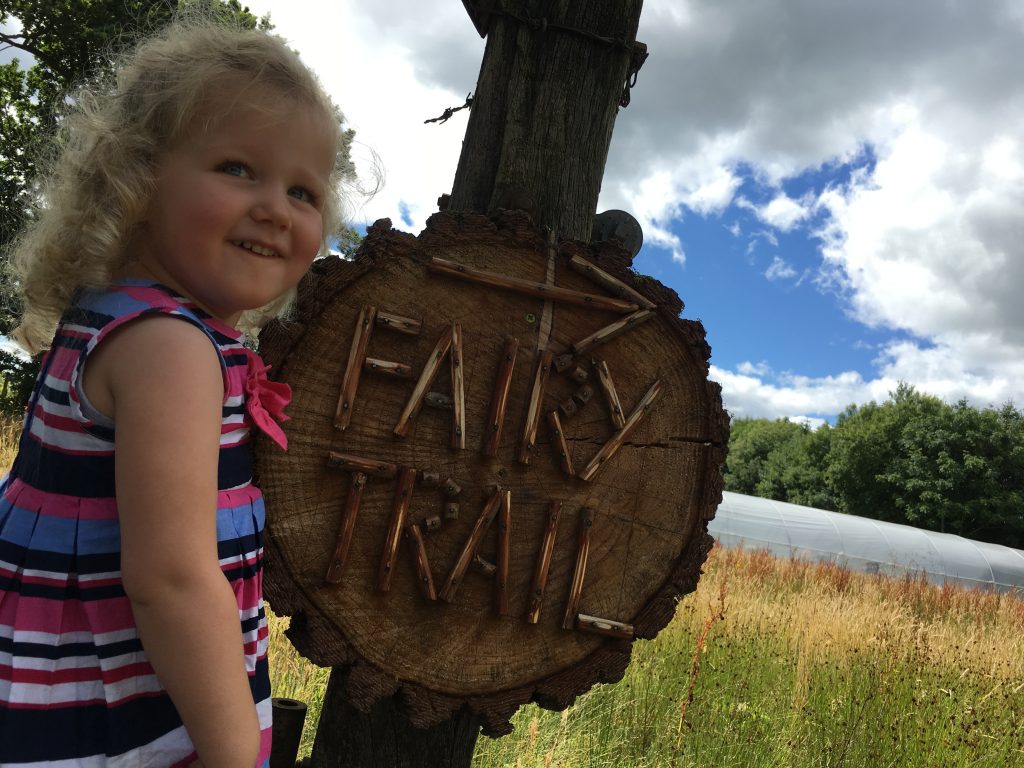