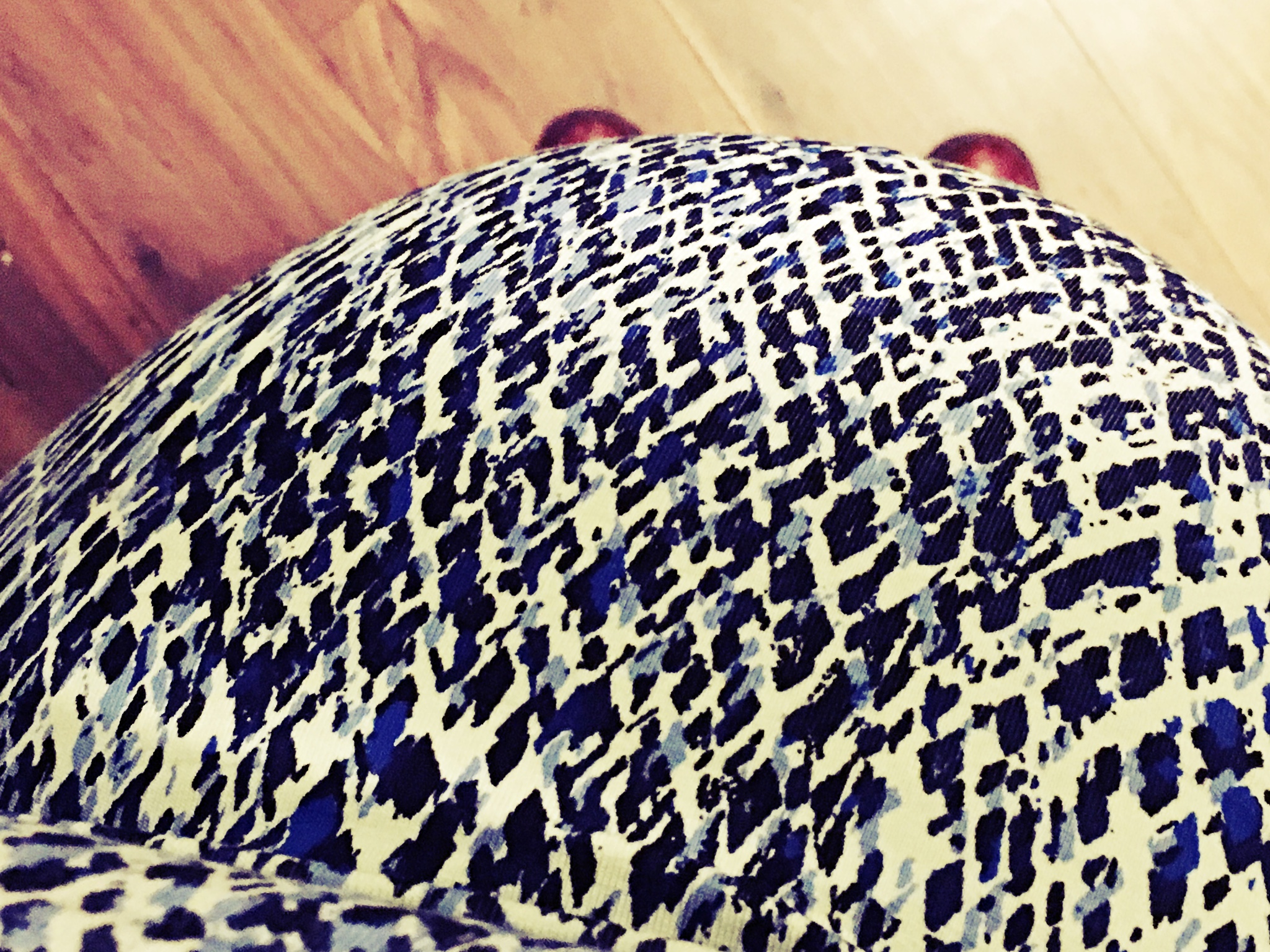 The past few weeks have been incredibly busy. We’ve had weddings and funerals and an insane number of vet hospital visits and doggy surgeries. I feel like I’ve barely had time to think about the bump at all. It’s still there though, happily bouncing around and kicking and doing who knows what at the most random times. I feel like it’s a very active bump. I don’t really remember the little lady being quite as active. I’m sure it’s just that it’s been 3 years since I was last in the 3rd trimester. And possibly that I’m a bit more tuned in this time round.

Everything is still going well. The bump is starting to get in the way a little; and by a little I mean a lot. I’m not sure whether it’s dropped down a bit or if it’s just gotten bigger. But things that were fine last week are now not so easy. The aquanatal class I’ve been going to felt far more difficult this week – I have to lift my legs out to the side so that I don’t nudge bump too much.

Also today I dropped a potato on the floor that I was about to bake for lunch. Then it rolled under the kitchen table. I had to weigh up whether bending down to retrieve it was really worth it. In the end food won but it was a close call between that and just having a bagel from the cupboard. On the plus side though the little lady loves having a bump seat. (I don’t let her sit on it, but when she’s in my arms I do rest her on it a bit. It’s her favourite.)

I have had some heat and travel related foot swelling, but nothing that a pair of flip-flops won’t solve. There’s one thing that’s really quite troubling though. That chocolate bar I like to treat myself to post-toddler-bedtime has started giving me a bit of heartburn. I’m not sure that a bit of heartburn will change my chocolate eating schedule much though.

Anyway I can’t believe we’ve only 7 weeks to go. And I’ve done nothing in terms of house preparation yet. I’m hoping the whole nesting thing kicks in soon…