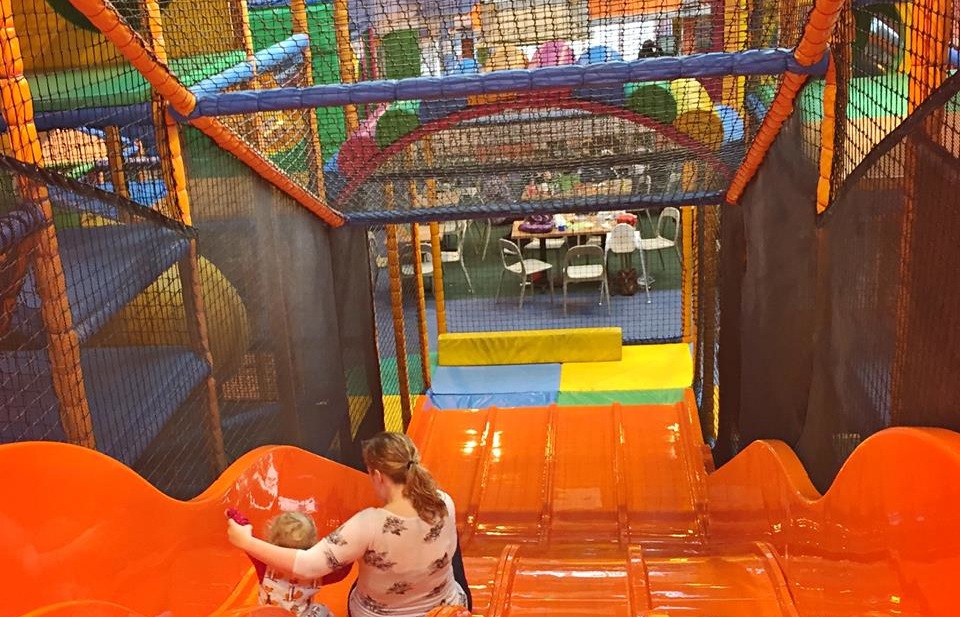 We met a friend at Sporty Kidz soft play over in the South Side the other day. Having been to the one in Maryhill (and thinking it was great) I thought that the Spiersbridge Rd Sporty Kids would be much the same. Well, it was and it wasn’t…

The first thing I noticed was the size: it looked pretty small when we first went in. There is a nice area with lots of cars, bikes & play houses that is perfect for toddlers. They have a small play area with a little (but very steep & fast) slide. There wasn’t too much else in there though.

The main play area has 2 slides: a twisty tunnel (aka serpentine) slide, and a sled slide (yes, I now know how slides are categorised). There is a mini-maze, and little bouncy bit & a flying fox down the bottom, with a football area up above and some bits to crawl around in. 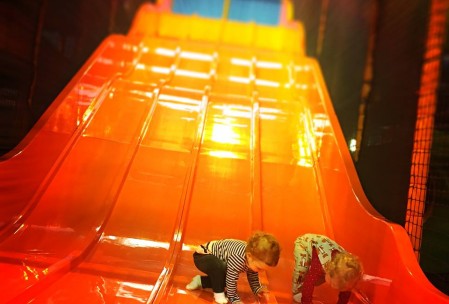 It is small; one of the smallest soft plays we’ve been to. But that’s not necessarily a bad thing. It was really quiet when we were there, and because it’s so small I felt I could give my little lady a bit more freedom to explore by herself, and I could still see her the entire time.

One thing I did notice that I didn’t like, was that some of the play area was a bit dusty – not the parts that the kids actually play on, but the areas that you can’t get to, like the outside of tunnels. But big dust bunnies are not really what you want to see when you’re crawling around a kids play area.

We didn’t eat, but the menu isn’t totally standard soft play food: they do soups, sandwiches, beans on toast and pizza amongst other things. And they had a big bowl of fresh fruit on the counter too.

They had some really nice looking millionaires shortbread but since I’d already had cake I couldn’t indulge. We only had teas. My friends mug had those old tea marks on the bottom of it, like when it just needs a wee scrub. But mine was fine so she was probably just unlucky. 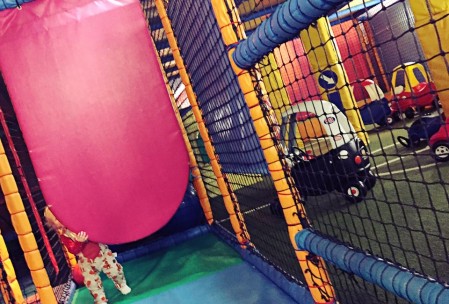 It’s good for young kids and with the few extra bits (the football area & mini maze etc) there is a lot for a toddler to do, but I think you might struggle to entertain an older kid there. (Note: I don’t have an ‘older kid’ so I could be wrong). Honest opinion, I wouldn’t specifically choose to go there again unless I was meeting someone.